You joined Benidorm in its fifth series and we're now heading into series eight, how long did it take for you to settle in and truly become a part of the 'Benidorm family'? 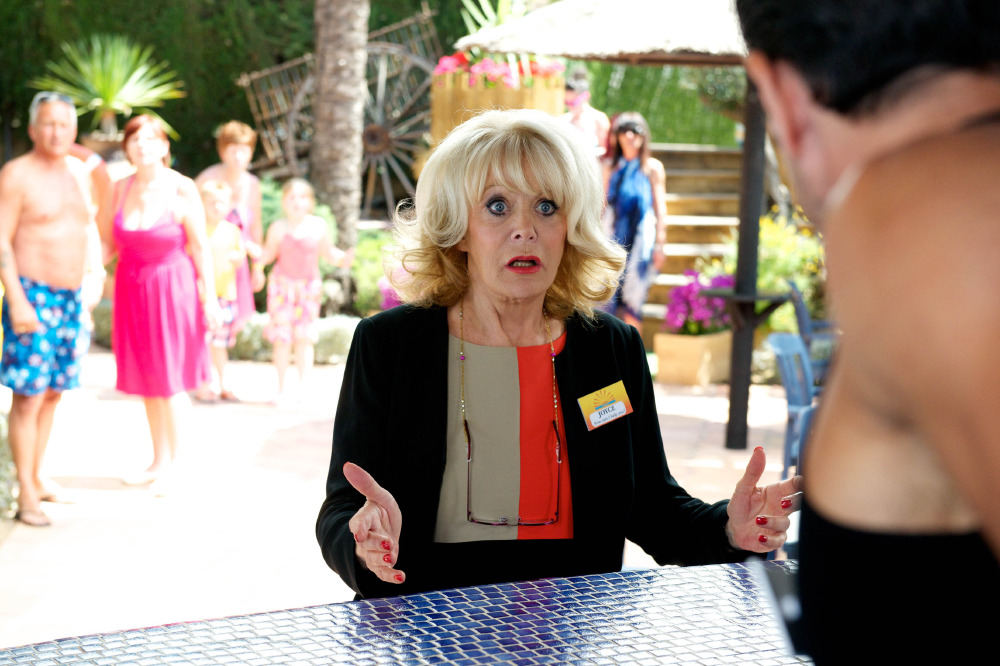 Probably straight away everyone was so welcoming and wonderful, I felt right at home. I settled in very easily and Jake Canuso became my best friend and we are very close still to this day.

What was it that initially drew you to the role of Joyce Temple-Savage?

Well Derren Litten the writer got in touch with and said he had thought of me for a role and would I be interested. He had written about Joyce with me in mind and when I read the script I could hear my voice straight away being right for the part. I was really proud that Derren wrote the character for me.

What are some of your favourite Joyce Temple-Savage moments or storylines to-date?

I love all the stunts on the last series - I fell down the stairs and did half the stunt myself - I love getting really involved. I was also once botoxed to the point I couldn't speak in a scene and then they gave me a cheap antidote as they couldn't afford a proper one and it sent me insane, it was such a funny scene. Also in the first series I hit Kenneth the character in the mouth and knocked two of his teeth out. I always offer to do stunts, I love them! I hope I get more this series.

There's been quite the cast shake-up throughout the years as well as guest-appearances from some big names including Joan Collins, what have been some of your best experiences so far?

Joan is amazing but her character had to be evil to me on-screen and she didn't like doing that, which was funny. When we first met in the programme I had to turn the hotel into a 4 star and she pulled me down a peg or two and said I couldn't do it! Then she sacked me and threw me out the hotel - she was amazing to work with. She's fabulous and I adore her and her husband.

What should fans of the show expect from the eighth series when it hits screens next year?

More of the same, lots of surprises, more stunts from me and lots of wonderful storylines.

When you're not filming in Benidorm, what do you and the cast get up to?

I like to go off to the mountains for the day with Jake, chill and eat Tapas. We also have karaoke nights out together - these can be crazy but lots of fun, brilliant memories.

You've got a soap past, having been in both Coronation Street and Emmerdale - could you ever see yourself returning to the world of soap?

It would totally depend on what Coronation Street thought the character would do - my theory is Maureen should come back and have a relationship with Ken Barlow, now that would be interesting!

You're also a regular panellist on Loose Women, is this still a part of your career you're enjoying being a part of?

Yes I absolutely love it. I've done it for 13 years, I'm the longest running Loose Woman, I've seen it evolve, change and grow. There's nothing else like it on the TV, I think it's an important show for women, with them relating to each one of us. We all bring something completely different to the show.

Some of your Loose Women co-stars have entered the Celebrity Big Brother house, is this something you'd ever consider?

Finally do you have any other projects in the works that you can share some details about?

I loved writing my autobiography and I have written some children stories so I would love them to be illustrated and published. 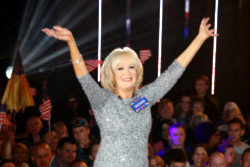