Gary Lucy's character Luke will be coming face-to-face with the man who he hoped he'd never see again.

Hollyoaks fans are no stranger to drama, and it looks as if some of the biggest storylines in the soap’s history are right around the corner, following the release of the impressive winter trailer for the long-running Channel 4 series. You can check out the teaser below:

Imprisoned since the start of the ‘Who Killed Amy?’ trial, Armstrong has been brooding and plotting how to take down the Cunninghams, and upon his return this Christmas, he’ll be making contact with Milo to put his plans into action. Having previously stalked Cindy and finding out Milo’s murderous secrets, Armstrong and Milo may be forced to work together if they’re to survive the vicious nature of Hollyoaks…

Meanwhile, Mac seems to have worked his way out of trouble when it comes to the explosion he started at Hollyoaks High School, but when Jack Osborne walks in on him examining a burn he sustained in the tragedy, it might not take much for him to put two and two together. With everybody together at The Dog when the truth finally comes out, one of the village residents could take getting justice into their own hands.

Gary Lucy’s return to Hollyoaks as Luke is something that was met with a lot of love from fans, and whilst he’s battled some demons already, spotting his rapist Mark for the first time in 17 years is the most challenging of them all. Turning up at the Osbornes, it’s clear that Mark has something planned; will Luke be able to fight against the evil that’s plagued him for almost two decades for much longer?

It’s not all despair however, as romance is in the air with the Christmas spirit. Prince proposes to Lily and Mandy proposes to Luke, but with the latter already married, there could be some tough hurdles to jump over for the pair! Cindy meanwhile tries to kiss Tony, but is caught in the act by his wife Diane, though it doesn’t look as if that’s going to be enough to stop them working something out…

And with the festive period comes another labour, this time for Courtney Campbell. Jesse and Tegan want to be by her side, but Grannie Campbell makes sure the two can’t get anywhere near her in her time of need. Grannie has in the past already lied about Courtney’s conditions, confiscating her mobile phone and wheelchair in the process. Manipulative and cruel, could Grannie’s actions now be bordering on evil?

Hollyoaks continues weekdays on Channel 4 at 6.30pm, with First Look episodes every weekday on E4 at 7pm. 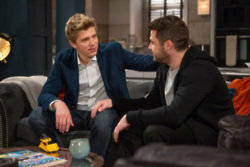 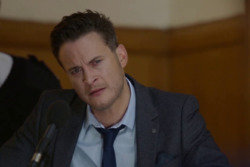 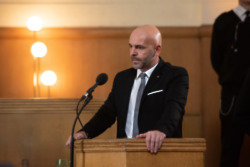