Survivor 30 continued this week with an explosive episode which saw Rodney on the end of some abuse from fellow tribe-members including Dan, who joked that Rodney's mother was a "whore", and Mike who complained that Rodney wasn't doing enough to help out the tribe. 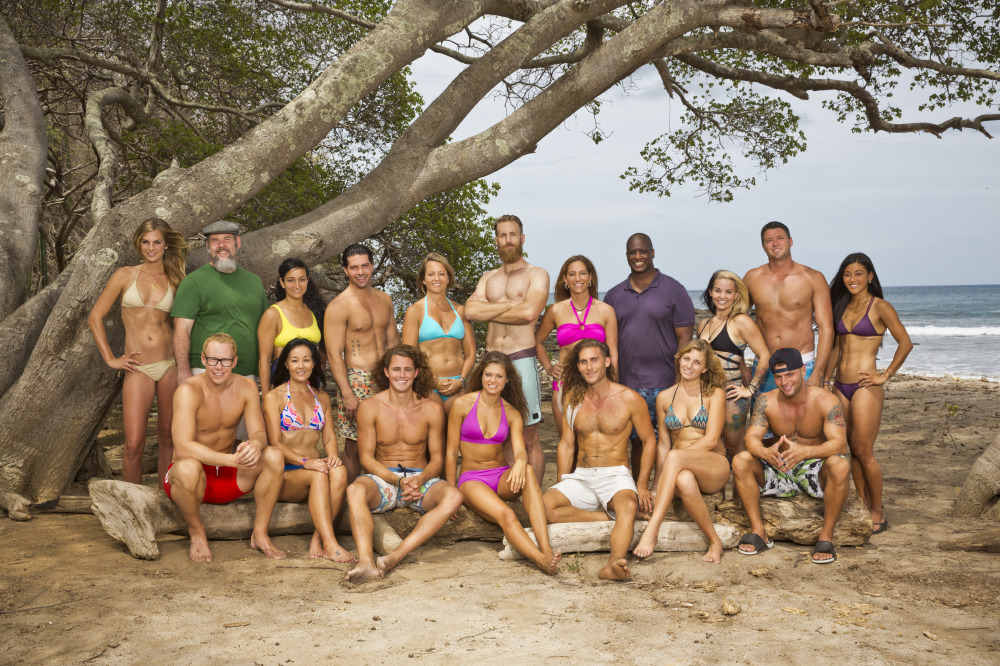 Blaming an episode of light-headedness, Rodney explained that he would go and collect firewood once he'd eaten and stopped shaking, but as Mike continued to rail on him he snapped, eventually collecting the wood and smashing it into the pile already collected as if he was a WWE wrestler. Rather smartly, he kept most of that anger to himself rather than unleashing his inner beast. Lindsey however was not quite as clever.

An uncomfortable back-and-forth with Mike saw her complain that he never thanked any of the members of the tribe for doing their chores... Time for a wake-up call. You're on Survivor. Nobody NEEDS to say thank you. You're doing the work for YOURSELF just as much as you're doing it for your fellow castaways. You're not entitled to a 'thank you'. Really, for a Blue Collar tribe they're quite the odd reflection of the society.

White Collars didn't get too much air-time this week, other than most of the members searching for an Immunity Idol which has already been found by Carolyn. She should have gone with them - sitting around resting at camp means you have a back-up plan if you're in danger. I wouldn't be surprised if the tribe have figured out her secret.

Then there was the random outburst of hate towards Shirin from Joaquin which was probably the worst thing he could have done for his game. Sure she can be a little annoying, but calling her out for sticking around him (you're on a small tribe, Joaquin!) just seemed to come out of the blue. It was unneccessary and I wouldn't be surprised if he was the next White Collar member to be sent packing.

Finally we come to the No Collars, who once again are sent to Tribal Council to eject a member following their awful attempt at winning the Immunity Challenge. For some reason, Joe thought it'd be a good idea to exclude Nina from most of the trial, instead having her run to the end of obstacles so she could plug holes in a bucket full of water when it was already half-emptied. Stupid strategy, deserved loss. It also exposed just how terrible Will is at playing this game. He's bad at challenges and he's bad at lying.

Of course, Nina was sent home. Her opening lines in the episode related to her "obviously" being the next No Collar boot, and when someone immediately gives up in that way they perhaps deserve to go home. Again - you are on SURVIVOR. You are in a position of PRIVILEGE. Own it, play it, win it, DO YOUR BEST. Those who give up on this show grate me more than anyone else. (Except you NaOnka, you do you.)

On the whole the episode was interesting but not too exciting. Rodney is an early favourite, but I can't decide whether that's because I think he has a chance of winning or whether it's to do with his accent. Max is laying low - smart thing for a man who's taught a class on the reality show he's now a part of - and he could be a force to be reckoned with going forward.

Survivor continues next Wednesday on CBS with a special two-hour episode.