20 winners are making their return this February for Survivor: Winners at War...

Later this month (February 2020), a staggering 20 former winners of Survivor will put on their buffs once more and battle it out for the largest cash prize in reality show history – a cool two million dollars. Amongst them are fan-favourites such as Boston Rob, Parvati Shallow and two-time winner Sandra Diaz-Twine, with other names including Danni Boatwright, Tony Vlachos and Denise Stapley, all with one goal in common: to prove they still have what it takes to win the greatest reality show of all time.

In a season where there’s going to be an immediate target on everybody’s backs thanks to their season-winning credentials, it’s going to be very interesting to see where the cards fall and which champions decide to team up against the rest of the field. Will those who have become household names and remained a part of the Survivor circles band together to take out those who were allowed to go back to their real lives relatively easily, or will we see fresh alliances come together to make history?

To ensure that audiences get the most entertainment out of the returning players, we'll see the return of Edge of Extinction, which gives those voted out of the game a chance to return. There's also a brand new aspect being introduced in the form of Fire Tokens, which will serve as currency on the island and add another layer of complexity to proceedings. Just when you think you’ve got a handle on what the game has to offer, producers throw something new in to keep everybody on their toes.

Survivor first aired all the way back in May 2000, with producers unaware they would be changing the television landscape forever. To this point, almost 600 castaways have played the game, with just 38 managing to go all the way and claim the million-dollar prize, along with the title of Sole Survivor. Diaz-Twine is the only player to have won the votes of the Jury and taken the crown twice – could she do it for a third time on the beaches of Fiji, after serving as a coach to the players on Season 39?

There have been countless reality shows all trying to compete with Survivor throughout the past two decades. None of them have been as successful as the original, all fading into irrelevancy whilst the game of Survivor continued to adapt and evolve, captivating millions watching at home with consistent twists and turns. Despite that, you have to do some real searching to find anybody (other than the wonderful Dalton Ross at EW) giving it the props it so deserves.

When it comes to reality television, there seems to be a certain snobbery and lack of a fair approach from many journalists and critics. Unfortunately for them, they’re missing out on some of the most important, watershed moments in TV.

They didn’t watch Season 39? Then they didn’t see the typical barriers surrounding topics such as unwarranted touching from a male towards a female smashed down and spoken about, with host Jeff Probst making a pledge that he and fellow producers would learn to handle situations such as the one that arose in that season with a better understanding in the future. They didn’t see that accused player eventually removed because of inappropriate behaviour. They didn’t see a player of colour calling out Probst for failing to celebrate the fact that she and another player of colour became the first two contestants of colour to win the same challenge, side by side.

Though we’re 20 years deep and headed into our 40th season overall, it’s clear that this is just the beginning for Survivor. The last season consistently brought in over 8.5 million total viewers; an improvement on the just-over seven million viewers that tuned in each week for Season 38. This is a show that can continue to change and remould itself to fit the world it’s a part of. For that, it should be commended.

Survivor: Winners at War premieres on Wednesday, February 12th at 8/7c on CBS and CBS All Access. 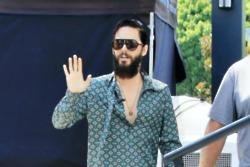