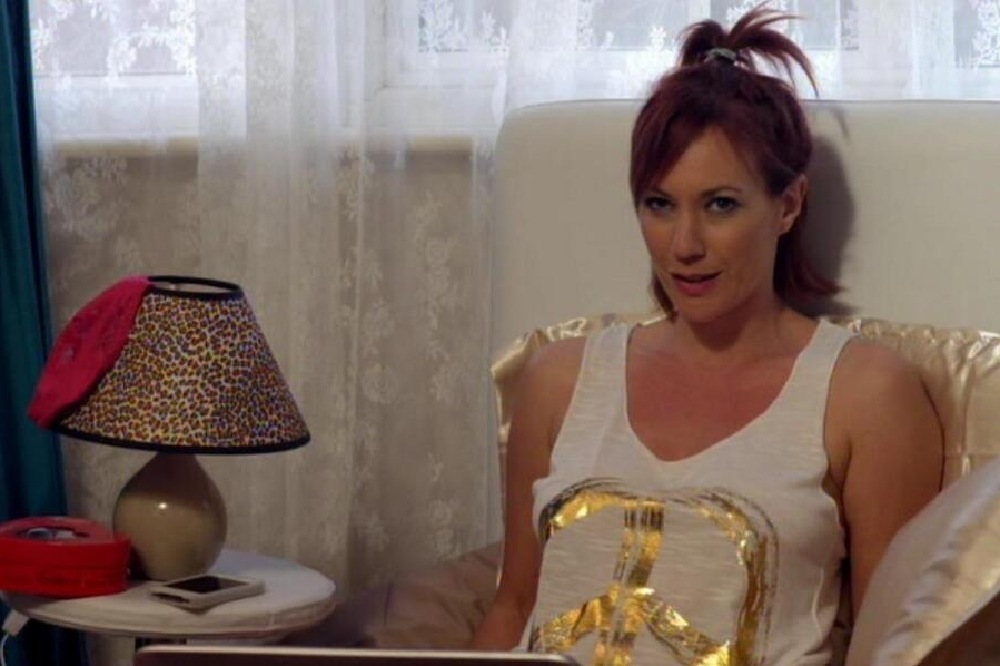 Tanya Franks is back on our screens here in the UK, but she isn’t content just playing Lucy in the brilliant and twisting crime drama ‘Broadchurch’, she’s also taking a leading role in Sky Living’s new comedy ‘Kitten Chic’ which will hit the airwaves tomorrow night.

We grabbed some time with the star of ‘Pulling’, ‘Liz and Dick’ and the ex-EastEnder to talk about her shows both old and new.

So, what can you tell us about Kitten Chic and your character Denise?

It screens tomorrow on Sky Living and it’s about a young teenager who wants to experience her first love and I play her eBay addicted mum who’s also going out with a boy much closer to her daughter’s age than her own so it’s quite a fun character to play.

As you said, Denise is pretty addicted to eBay, but what’s the biggest thing you’ve ever bought off there?

I think I’ve only ever bought one thing off eBay and that was a tape version of The Black Album by Prince which was out of print at the time. So I was basically buying a bootleg version of the album! I think I bought it for £1.99 or something like that!

Was it good having a change of scenery filming it all up in Blackpool?

It was good. Actually, funnily enough I made a short film a few years ago that I shot up in Blackpool so it was quite nice revisiting there. I hadn’t been up there since, so it was good to see the old surroundings. Bit chilly, but nice.

We love Broadchurch, but did you know on set that you were making something special?

To be honest, I think we did. The scripts were that good that when we first read them, everybody had a buzz about it. We were all thrilled to be a part of it and I think there was a real atmosphere around the production too as none of us knew who the killer was until very, very late in filming.

Now that it’s on the air, how many people have been pestering you wanting to find out the killer?

Hmmm, almost the whole of my diary, address book, e-mail list and just about every human being known to mankind!

Your characters have often been a little on the dysfunctional side. Are they a good way to let off steam and interesting as an actor?

Yeah, definitely. I think all human beings are dysfunctional to an extent, just some of us are more dysfunctional than others. I think my dysfunctionality, if that’s even a word, isn’t the same as some other people, so it’s really interesting for me to explore different areas through my characters I’m too afraid to go down myself. I’m not usually in the same environment as a lot of the types of people I typically play, so I learn a lot from some of the characters, that’s for sure.

I’ve often thought of ‘Pulling’ as a precursor to HBO’s ‘Girls’. Have you been able to get a hold of Lena Dunham and get those royalties?

Funnily enough, I’m on the case! I want to go in as Jessa’s mum or aunt or cousin. So I’m putting that out to Lena right here!

With things like ‘Girls’ and ‘Bridesmaids’ coming out and showing women can do raunchy comedy too, do you think that ‘Pulling’ was before it’s time?

I don’t think so, I think it was one of the first, but it was definitely of its own time. I think that just more and more projects are being developed from that idea and I think that’s really encouraging. I think it’s fascinating to see how that area’s developed and keeps developing.

There’s so many movies and shows that are so male orientated, it’s great to see some heavily female dominated projects now, to see how much we can eventually get equality within the entertainment area. They’re doing the American version of Pulling as well, so it’ll be really interesting to see how that translates to an American market.

As you said, ‘Pulling’ is getting an American remake. Have you been involved at all?

I still have contact with Sharon, who wrote pulling with Dennis Kelly. I was in LA recently and she’s there producing the pilot and doing another show herself. I’ve read the script and it’s really fun. It’s a little different, there are a few lines that are the same as the British script, but it’s new and keeps to the original style and values of the piece. It’s still funny, that’s the main thing.

For me, the crazy thing is they don’t use the term ‘pulling’ in America. They don’t know what that is, so I’ve spent the last six weeks explaining what it means. This really might be the show that will introduce that term into the American dictionary. We say “shall we hook up later” for just meeting someone, but to them that means they’ve ‘pulled’ effectively. So I’ve been going around saying that and they’re giving me weird looks thinking I’m just a bit forward.

You went over to America to do ‘Liz and Dick’, is that a place you want to be more?

I’m developing a project with a director over there at the moment and a producer’s attached me to a couple of movies that may or may not happen, remains to be seen. I definitely want to still be in the game over there, but it’s really nice to have my career over here too.

Its fab that I get to play some great characters, and we’ll see what happens over there as well. I had a great start last year. After filming I wasn’t there for another five months, but it’s an interesting place and there’s lots going on.

‘Liz and Dick’ got a little bit of a mauling by the critics though.

Oh God yeah! That’s putting it mildly! More like a trawling through the Dead Sea! It was a really fun project to be part of though.

What was it like for you seeing that reaction coming in?

Well, I often think it’s great to be part of something that’s a massive hit or a massive stinker! Why flap around in the middle of the pool? Publicity-wise it was great. It was also so interesting to see how Hollywood deals with that side of the industry. I saw the blood drain from the director’s face once in a while. I enjoyed my character a lot though; I was honoured to play Sybil Burton who I think is a really interesting, dignified and proud character. With all of the characters I’ve played over here, I don’t think I would have got a look in with that role in Britain.

So, what’s next for you then this year?

I’m in a film that’s coming out on DVD soon called The Magnificent Eleven, I play the wife of Sean Pertwee in that. I’m developing projects over in the States so that’s taking up most of my time. I’m also raising finance for a feature film script that I’ve written and want to produce here in Britain. So that’s really my focus at the moment. I can honestly vouch for it giving me sleepless nights, but at least it’s keeping me off the streets and nicely busy.

Oh, can you spill the beans a bit on that before you go?

It’s called ‘Fly Me’ and about a compulsive liar. It comes from an experience I had earlier on in life, although it’s not autobiographical, and I’m just arranging the finance right now. 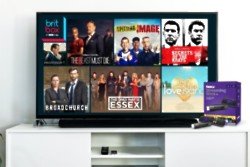 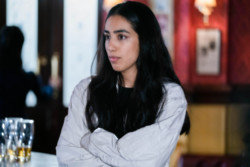 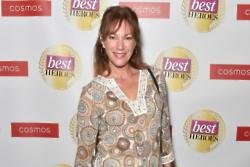