The Big Bang Theory - How It Reached The Top, But Soured It's Audience

The Big Bang Theory returns to E4 tonight for the beginning of the comedy show’s sixth series, we’ve decided to take a look at just how the comedy show capitalised on the rise of geek-chic to become America’s most watched sit-com at the cost of the very audience it looks to show.

It all started when sitcom creator Chuck Lorre set about making another hit show, after finding success with Two And A Half Men in 2003 and creating what would quickly become America’s top sit-com, despite poor reviews from the critics.

The show’s original concept and pilot episode looks completely unrecognisable to the show of today, with it only sharing two common factors with the eventual show in stars Johnny Galecki and Jim Parsons. Instead of the format that proved to be a winner, the show centred on Sheldon and Leonard forming a friendship with a ‘tough as nails’ and ‘street smart’ girl named Katie and her living with them in their apartment.

The show didn’t get picked up by any of the networks, and left Lorre and his partner Bill Prady with the option of re-tooling the show, which with a quick tweak, was an instant hit, attracting over 9.5 million viewers for it’s opening episode.

Since then the show has grown from strength the strength in the ratings, taking a hold of the new popularity of what might have been called ‘geek culture’ and making it the show’s centrepiece and trademark.

Lorre had seen the rise in geeky culture and intended to capitalise on it, making the show revolve around the lives of his geeks, with their friend Penny being a cipher for the ‘regular’ audience out there.

The Big Bang Theory may have hit a comedy gold mine in the form of geek culture, a seam not yet touched by any real mainstream comedy, but that audience didn’t take kindly to being made out as unbearably socially awkward, with their passions often poked fun at.

While the show having a physics professor on its payroll to check whether all the show’s scientific jokes are logical and accurate and actress Mayam Bialik actually having a PhD in neuroscience made sure the show’s scientific credentials could never be called into question, it’s use of geek culture as a punch line has led to those very crowds resoundingly disliking the show.

The mainstream audience though was brought in by the shows writing, the outsider focussed way it handled nerd culture and the enigma that is Sheldon Cooper, who is easily one of, if not the most popular sit-com character on American TV right now with the mainstream audience.

Over the last few years, the show has become a mainstream favourite, with the show winning a People’s Choice award and Jim Parsons in particular winning a Golden Globe and two Emmys off the back of his role of Sheldon.

The trouble is though that while comic-book culture was clearly taking over the entertainment industry and video games have become a far more mainstream activity, the show ahassn’t moved on and still portrays its leads in an almost cartoonish manner. Instead of using geek culture to increase its humour, it simply uses the characters love of it as a punch line.

As the show continued to show its leads as caricatures, that same geeky group migrated to more off-kilter shows like Community, Futurama or Parks and Recreation for its laughs.

The show may have disowned by the audience it once called its own but The Big Bang Theory has truly conquered the mainstream and become a central fixture for CBS in their line-up in the States and has been exported to all four corners of the Earth successfully.

With the show already having a seventh series confirmed and its stars convinced it can run until a tenth, The Big Bang Theory isn’t about to be disproved any time soon. 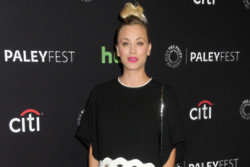 Kaley Cuoco on filming sex scenes with Johnny Galecki: It was sensitive 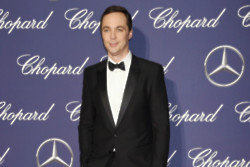 Jim Parsons thinks being gay made him a better actor 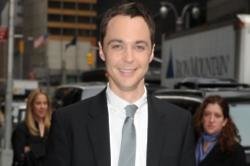 Jim Parsons: I had coronavirus