There have been some wildly glorious scenes in the world of soap go down in the past few decades, and online gaming site BingoDate.com have revealed their members' favourite Christmas moments from the likes of EastEnders, Coronation Street, Hollyoaks, Emmerdale and even Brookside.

Fans of soap haven't truly experienced tremendous scenes until they've witnessed the moment Den finally handed Angie divorce papers on Christmas Day, after he found out she had been lying about her terminal illness and diagnosis. Though Den was a sinister villain in the BBC One show, everyone was rooting for him when he brought the festive spirit crashing down around his crazed other half.

Of course, Hilda Ogden's send-off from the cobbled roads of Coronation Street made the list. Over 26 million people tuned in to watch the episode live, whilst the cast and crew sang 'Wish Me Luck As You Wave Me Goodbye' to the small screen legend.

Then there are the darker moments and elements of the soap world which made the top 10, with Hollyoaks villain Claire Devine a particular favourite. Poisoning her husband whilst spending Christmas in a remote cottage, she was one of the most compelling characters to watch in the soap's history.

The infamous plane crash which made headlines in 1993 in Emmerdale has also been remembered - check out the top 10 in full below.

A BingoDate spokesperson commented: "Soaps are a Christmas tradition in many households and we wanted to find out the top moments.

"Our members love to sit back and relax by playing online games so it's no surprise lots of them enjoy catching up on their soaps too.

"We had suggestions from a whole range of soaps and it was great to see smaller ones such as Hollyoaks and Brookside being suggested.

"Unsurprisingly EastEnders appears several times on the list with many members commenting on how it's filled with drama at Christmas time." 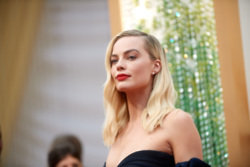