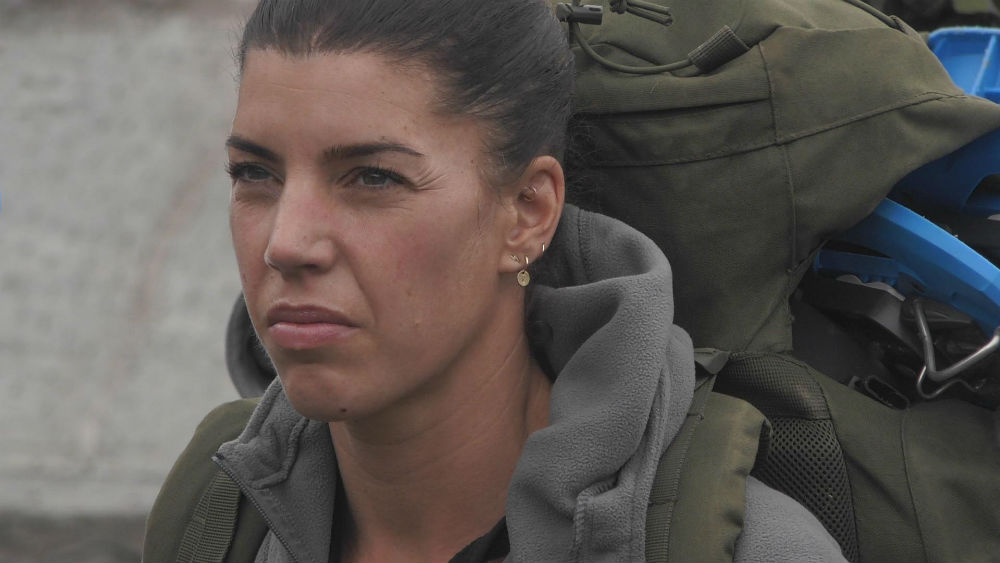 As one of the biggest stars of this year's SAS: Who Dares Wins, Vicki Anstey is somebody we couldn't wait to catch up with and find out more about her experience on the show. Here, she talks about the challenges of the series, why she signed up and more...

Hi Vicki! Can you tell us how SAS: Who Dares Wins came about?

In a bit of a whirlwind to be honest! I reposted Ant Middleton’s post that women would be allowed to participate in the programme this year - in celebration of the fact that gender was no longer a barrier and was inundated with suggestions from friends that I should apply. I did - and began the process of training, assessments, interviews and various fitness and psyche tests. I only discovered a week before we were due to go that I had been successful.

Was it the toughest challenge you've ever taken part in?

Without any doubt. Physically, mentally and just in terms of pure grit and determination to get through the cold, the effects of altitude, and the high-level state of anxiety we were all in 24 hours a day. Recruits were being medically extracted throughout due to the harsh conditions and every single task was as real as it gets. No crash barriers, safety mats, no re-takes. We were literally pushed to our limits. Psychologically we were ‘harshed’ so there was zero positive reinforcement of what we were doing, no notion of what could be next, or how long each task would continue for. We had two to three hours sleep each night, maximum and were often hauled out in the middle of the night for beastings. The adrenaline was unreal and it never let up.

How did you find the whole experience?

Every second, minute and hour was harder than any second, minute or hour I had ever experienced in my life. I am physically very fit, I train for several hours every day. I rarely take a day off. I also have a good level of resilience and a strong work ethic, but this pushed me further than anything I have ever known. The camaraderie was a huge factor in pushing us through it. 25 very different individuals, from totally different backgrounds, our paths would almost never have crossed, but we had such a strong bond almost immediately. We were reliant on each other and became ‘institutionalised’ very quickly. We learned to read each other’s faces, body language, fears and anxieties. We literally became brothers and sisters within days of meeting. That bond is still very strong.

The DS were brutal. There was no ’show for camera’, these men were not TV presenters, they were Special Forces veterans who knew exactly how to take us beyond our limits and show us what we really capable of. They took no prisoners, offered no reassurance but they commanded our respect immediately. They had served in some extraordinary situations, they knew the importance of 'doing simple things to perfection’ and this was drilled into us time and time again. In a real life scenario, that would have saved our lives… and I’m pretty sure it may even have come close to doing that on the course. The risks were very real.

Could you talk us through your journey with fitness?

I guess it began around 15 years ago when, as an Advertising Manager for some big brands I had become so consumed with my career that I realised I had really begun to neglect myself. My health, my happiness, my emotional wellbeing. I was overweight and did almost no exercise at all. I ate at my desk, spent long days and nights at the office or in edit suites, partied quite hard and spent weekends sleeping. I decided to make a change, firstly with my weight, then with exercise and soon I found that my priorities were changing. Soon I was scheduling my week around when I could exercise, curtailing long days at work to make commitments to attend exercise classes and go running. One of my strongest character traits is that when I decide to do something, I don’t stop until it is done. Soon I had lost 5 stone in weight, run five marathons, become an addict of the Lotte Berk method and changed my diet beyond recognition.

The toughest aspect of that has definitely been maintaining that lifestyle. Staying firmly ON the wagon. And I have. But a huge part of that was changing my career to set up my business, the longest standing dedicated Barre and Ballet Studio in the UK.

You're the UK's leading Barre instructor; can you tell us a bit about Barre and why you fell in love with it?

I discovered the Lotte Berk method while I was in the early stages of my physical transformation. It was sold to me as ‘exercise that doesn’t feel like exercise’ so no jumping around, no breaking a sweat, but HIGHLY effective. I was not a classically-trained Ballet dancer, or even someone who had done ballet extensively as a child. But the ballet element intrigued me. As a tall and ‘large framed’ 25 year old, I longed for lean muscle tone and graceful movements. This was exactly what Lotte Berk gave me. And I could do it as often as I liked. In the end, I became so addicted to it that I decided to quit my career in advertising and train in the method. I completed that training in 2006, taught for a couple of years at the Lotte Berk Studio in Fulham (now closed) and then opened my own Studio the moment a suitable space became available in Richmond. As a brand expert, I knew that more people should know about the method and that there was a brand in the making. The Lotte Berk method was a strong influence in the direction I took with my own classes, but it was a little outdated, so I updated certain aspects of it, introduced more exercise props, made it more fast paced, but also more intelligent, with advances in physiology research and influences from other strength and conditioning disciplines. I also trained with the New York City Ballet at the Lincoln Centre which was a huge privilege and a big influence for our infamous Ballet workouts.

What's your advice for people who may not have exercised much but want to get healthier?

Break it right down. Have a rule that if you want to come back home after three minutes running, you can. You never will, but its all about starting somewhere. Would advise against having huge goals (like running a marathon or climbing a mountain) yet. Just get regular exercise into your lifestyle. Find a way to accommodate it without derailing your whole life because that’s not sustainable. Running or cycling to/from work is a greta way to weave exercise into your day. I loved doing barre classes all those years ago because they didn’t make me sweat, so I could go straight to work, or out in the evening with a quick change of clothes.

What is the biggest lesson you learnt being on SAS: Who Dares Wins?

That gender is not (or doesn’t have to be) a factor in physical or mental capability. Men and women ARE different, but my experience on SAS: Who Dares Wins proved that some women are stonier than men and vice versa. I want to inspire more women to know that they can be glitter, more resilient, stronger, more powerful - all without compromising their femininity or identity. And that these characteristics WILL lead to great opportunities, more doors being opened, purely through having a stronger sense of who you are (when you push your limits) and empowerment to fulfil your potential.

2019 looks like it's shaping up to be a great year for you! What are you most excited about?

Barreworks is approaching it’s 10th year which is a huge milestone for me and worthy of some serious celebration! But I’m inspired to take on new projects and challenges as a result of having done SAS, I still feel that there are more ways in which I can prove (to myself and others) that having strong foundations (thank you Barreworks!) and a consistent approach to diet and exercise means you can literally apply yourself to anything. I’m 40 and have never been fitter or stronger in my life.

I want to continue to work on my fears - SAS highlighted fears around heights and water, but they are merely the symptoms of being in fear of exposing your full potential. Most of us are fearful of small, insignificant things that get in the way on a day to day basis. Most of us are also fearful of ourselves! A friend once said to me, ‘would the real Vicki Anstey please stand up?’ and I didn’t really know what she meant. It wasn’t until I became physically stronger and mentally more empowered that I felt I had the courage and resilience to start opening new doors - and closing others. It has given me an incredibly strong sense of who I am and what I can achieve. I really want to get that message out to more people.

Vicki Anstey is on Channel 4's SAS: Who Dares Wins on Sundays at 9pm. She is also the founder of Barreworks.co.uk 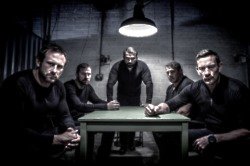 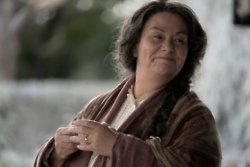 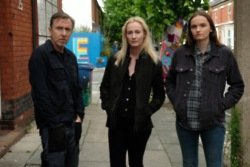