Caffeine and sugar are two of the most commonly used ingredients in energy products, and they both have debatable health impacts.

The need for an energy pick-me-up is a common feeling to millions of commuters and gym-goers across the UK, and the retail industry supporting it is huge. The energy drink market in the UK is worth £1.8 billion each year, and this figure does not include the thousands of coffee chain outlets in cities, towns, and villages throughout Britain.

But are these products actually helping or damaging our health?

Caffeine and sugar are two of the most commonly used ingredients in energy products, and they both have debatable health impacts.

Coffee has been consumed by humans for hundreds of years and it is unlikely that an occasional cup will have any negative effect. However, for the majority of people, multiple cups of coffee are consumed on a daily basis, and it is this addiction that has the potential to create a mineral imbalance within the body.

Just one cup of coffee reduces iron absorption from food by 39%, so imagine what even a moderate coffee habit is doing. In addition, caffeine is known to place stress on the adrenal system,which in the long-term will encourage us to feel tired and irritable.

In comparison to the questionable effect of coffee, energy drinks are more concerning. These drinks commonly contain 10-12 teaspoons of sugar along with a high amount of caffeine – a combination is sure to boost energy levels rapidly, before making them drop just as quickly.

Sugar spikes play havoc with blood glucose, putting regular consumers at a heightened risk for diabetes and obesity. Worries about kidney damage and mental health problems such as anxiety have recently encouraged most of the UK's supermarkets to limit the sale of these drinks to over 25 year olds.

For those people seeking healthier alternatives, there are several vegan options that will enhance energy, focus the mind, and encourage the removal of toxins from our bodies.

Licorice has the ability to balance blood sugar levels, and as a result reduce the amount of the stress hormone cortisol flowing through our bodies. This avoids the energy peaks and troughs associated with caffeine and sugar. Easy ways to increase your licorice intake include drinking licorice tea or using licorice powder in smoothies.

Ginger is a common and inexpensive herb that enhances attention capabilities and boosts memory, making it a good alternative to coffee for employees needing to focus the mind. It is also one of the simplest energy boosters to make – you just add dried or preferably fresh ginger to hot water.

A nice way to supplement these basic energy boosters is to incorporate adaptogens into your daily routine. Adaptogens are a group of herbal ingredients that 'adapt' their function according to the body’s specific needs. They provide a sustained source of energy production, with Maca and Rhodiola two popular choices. 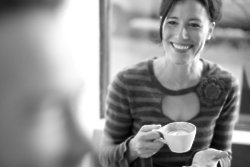 What does it mean to dream about coffee? 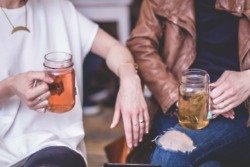 The smell of coffee voted massive turn on