Kangaroos are one of the most recognizable symbols in the world and have always held a fascination for us.

We caught up with vegans Kate McIntye Clere and Mick McIntyre who co-directed KANGAROO to talk about the new documentary and the dark secret that surrounds these creatures. 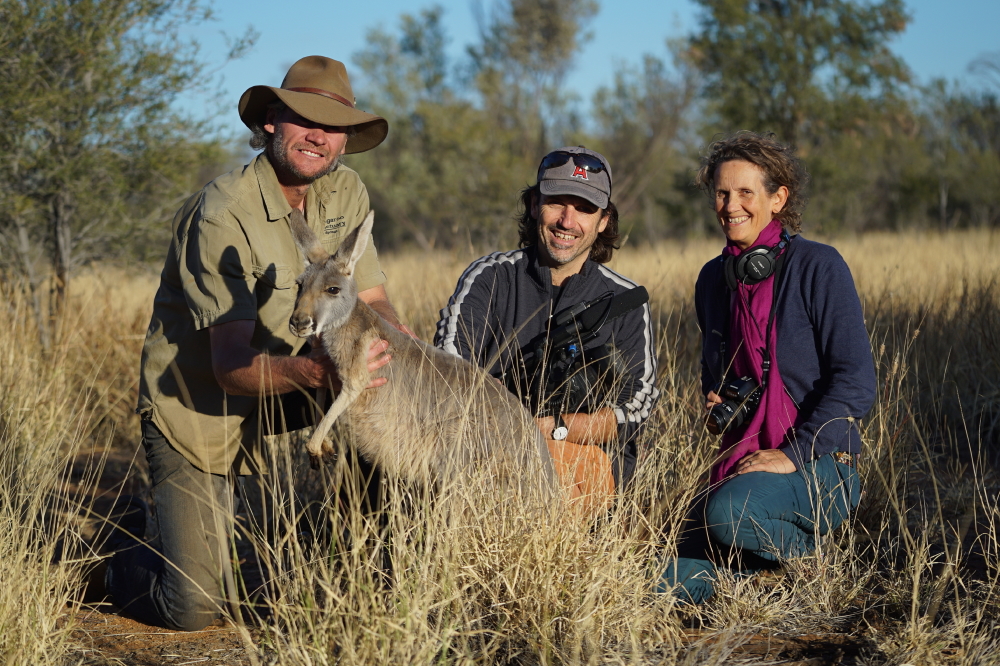 What can audiences expect from your new movie Kangaroo?

With breathtaking footage of kangaroos in the wild, we hope this film will give the audience an up-close experience of this unique species. This groundbreaking film captures the untold love-hate story of Australia’s most famous and contentious national icon. Set in distinctive Australian landscapes, KANGAROO explores the complex and conflicting opinions around this unique marsupial that is at the center of the largest mass destruction of wildlife in the world.

Why is there a love-hate relationship with kangaroos in Australia?

Good question! The kangaroo ‘image’ is so proudly used by top companies, sports teams and tourist souvenirs, yet as they hop across the vast continent of Australia many consider them pests to be shot and sold for profit. The movie explores the complex and conflicting opinions around this unique marsupial. The hate goes back as far as while settlement in Australia when settlers removed kangaroos to create European landscapes for their stock and crops. Later, when ecosystems collapsed from overstocking of introduced cattle and sheep, the farmers blamed the kangaroos for the damage. The film explores how the love for this kangaroo as an iconic emblem has become legendary juxtaposed with a general national disregard, even hate for this wildlife.

What made you want to tell this story?

Kangaroos are one of the most recognizable symbols in the world and have always held a fascination for us. No film had explored this icon before. We set out to make a story that celebrated this magnificent animal but soon discovered that the kangaroo was at the heart of a bitter, complex and divided situation in Australia. We were shocked to learn that millions of kangaroos are shot each year as so-called pests and sold for profit. Where had the ideology come from that a native animal that has lived in Australia for millions of years could be a national problem? We thought this unusual love hate relationship would make a very interesting film.

The movie has been compared to Blackfish and The Cove, so how does this make you feel?

We are very honored that KANGAROO has been compared to these movies. Like The Cove and Blackfish we have created a documentary that uncovers a dark secret. People who see the film are shocked and are demanding change in the way this international icon is treated. Films like The Cove and Blackfish created a strong response from the global audience and we are seeing that same passion with the release of KANGAROO.

Why do people need to know about how this iconic animal is being treated?

The kangaroo is the third most recognizable icon in the world. It is the part of the largest remaining wildlife species on the planet and we are concerned that no one is taking responsibility for their welfare and future. As the kangaroo industry searches for new global markets, farmers press for larger profits from the land and with population pressures for urban growth, this precious wildlife will be pushed to extinction. Scientists are already finding local and regional extinction. We don't want to be responding in 10 years when it is too late.

Kangaroos are rumoured to be competing with land along with cattle- which (if any) do you think needs to take priority?

In making the film we found that there is 30 years of research that shows that kangaroos do not compete with livestock except in severe drought conditions. There is also no evidence to suggest that having kangaroos on farming properties decreases the value of your annual income. To make it an “either or" situation then is not the question. The question we need to be asking is how we best manage the fragile ecosystem of the Australian continent? After making KANGAROO the best way forward as we see it is co-existence with wildlife, researching future sustainability of the land by carefully understanding the balance of the compete ecosystem, including kangaroos that have been living in Australia for millions of years

What do you admire most about these creatures?

Filming the big red kangaroos in Sturt National Park was a highlight of the movie. It was a delight to experience these magnificent creatures in the wild. Seeing the large males that stand over 2 metres tall took our breath away. Large mobs of kangaroos hopping across the savannah, mothers nurturing their young, joeys jumping in and out of pouches, these gentle herbivores are a wonderful creature to get to know.

How important is it for people to keep making documentaries such as these?

The delight of documentaries is getting a first hand experience of unique stories in the universe. I think impact documentaries like KANGAROO, The Cove and Blackfish are opening people’s eyes to what is going on behind closed doors with governments, big business and allowing audiences to respond to these international issues. Films like these allow people to wake up to the truth and respond with their voices. We think these films are very important and are pleased that the digital revolution has supported a resurgence of feature documentaries and global audiences.

We are still working on KANGAROO as it is released across the globe and working to get the story out there. It’s still a bit early to reveal our new films. Generally though we are always interested in stories that inspire. Our films set out to appreciate animals, people and environments so that we are awakened to their true value in our lives and hopefully audiences are then inspired to make informed decisions to safe guard our future. 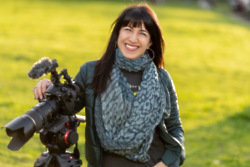 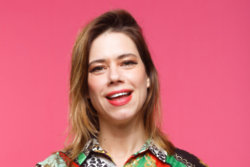 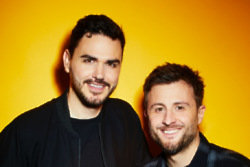 The boys from BOSH! share how they got one school to go vegetarian for a week!