What it's like growing up in a vegan family

‘Vegans nowadays do not know they are born’ my father who passed away in 2006 is quoted as saying in the latter years of his life. He turned vegan at the age of about 7 in 1926. At my birth in 1964 both my vegan parents provided a slightly different perspective to my life than would have been otherwise.

Of course no internet existed. I remember we had a shared telephone line to the house. Information exchange was therefore a positive action by letter, phone or meeting. Now the internet is an instant communication highway and research tool for most people. Recently I came across on the web the 1965 Vegan societies AGM, the 21st vegan birthday edition. This document brings to me, not a research tool but a trip down memory lane. It contains my home birth address as a contact place. As a young boy in the late 60’s it includes product adverts I remember, garden parties and BWC shop I was taken to whilst these social gatherings occurred to. Leslie Cross, Dr Frey Ellis, Eva Batt, Serena Coles are just a few of the so many names that are so very familiar having heard them talking with my father. I remember accompanying him to visits to Donald Watson in his garden.

So as a young child I had the backdrop of the coming together of people from all walks of life separately reaching the same inevitable vegan logic. The adults seem to have a calling, not religious but there was belief in tangible action, change and outcome.  It’s a film script of pioneers overcoming resistance, that one day someone will consider worthy of the big screen.

Growing up as a vegan in the 60’s and 70’s was an experience. There was a constant feeling of being different, understanding why, sort of, but wishing that there was not this difference. With no other vegan ‘pals’ it could be quite isolating. Later in secondary school there was one other student that considered environmental aspects important. This was some ideological connection but even in the early 80’s nearly all considered vegan or environmental issues to be so fringe, the concepts were at best patronised or at worst see as condescendingly irrelevant.

I can remember considering the vegan part of my life, not too deeply as it happens. The big question I remember being challenging on was “what would you do if you were at a snow covered pole with nothing to eat? You’d have to kill to eat then wouldn’t you?” stated as some justification for eating meat purchased from the local store. Strangely when I had come to the terms that question and my answer ‘yes I would kill if forced to, but right now I do not have to kill as there are alternatives’ brought considerable peace of mind. The thought of eating meat was actually not attractive, eating a part of a dead body still seems to me horrific. Tag on all reasons why bi products support the slaughter and vegan diet is an easy option.

My childhood experience and time spent with all aspects of the vegan movement in my life brings me to some thoughts that there are bigger considerations humans need to engage with now. Ending the unsustainable mass slaughter of other creatures is evolutionary and yet to be achieved. I’m honoured to have witness these early routes but if I learnt anything in childhood, it is that today I urge others to not self-define themselves as ‘vegan’ or indeed not to define themselves in any ‘box’. Despite ‘not knowing they are born’ as it is so easy to access a vegan diet nowadays leads me to consider following a vegan diet or way of life is an important part of a bigger human evolution picture, it is not a destination. 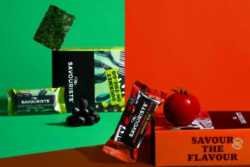 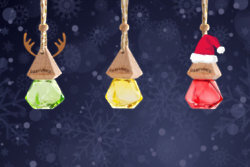 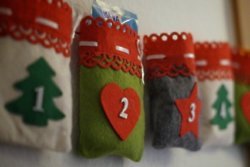