Do you earn 17% less than your male university classmates?

Tuition fees and student loans mean that graduates today face the prospect of leaving university with tens of thousands of pounds of debt, so you would want to be pretty confident that you will secure a well-paid job at the end of it all, right? Well the good news is graduate prospects are looking up, BUT a shocking new study has showed that female graduates earn an average of 17% less than their male classmates within just 5 years of completing their degree. How do you fare by comparison?

The eye-opening figures come from salary benchmarking website Emolument.com which has crowdsourced anonymous data from almost 50,000 people, breaking salaries down by profession, position, company and even university.

Broken down by university, Oxford and Cambridge are two of the institutions with the biggest gaps in salaries for male and female graduates, with men earning 14% and 19% more than their female classmates respectively. Figures for King's College London and London School of Economics are less dramatic, but even they show a 3% difference.

Further down the career path, the story isn't much better for MBA students. Within 5 years of completing an MBA the gap between men and women may appear to narrow slightly to 13%, but once bonuses are factored in takes the gap to a huge 26%. Incredibly, women take away discretionary bonuses that are on average 46% smaller than their male colleagues:

Industries like financial services and consultancy are a popular career path post- MBA, and these industries are renowned for both their big bonuses and huge secrecy around remuneration. Emolument.com's study perhaps goes some way to highlight whether companies are approaching salary and bonus negotiations differently. Or, perhaps it is female professionals who are just a little less pushy when it comes to asking for a pay rise?

Either way, it is well worth seeing where you stand before your next pay review. It is yet another illustration of the gender gap and how big an issue it still is throughout the UK. The CEO of Emolument.com, Thomas Drewry commented on the issue, saying: "O nly by having a level of transparency will we start addressing the problem. Taking the decision to go to university or study for an MBA is a huge investment in terms of both time and money, so it is important for people to consider what their earning potential might be when they have graduated, so they can manage their own career more effectively. " 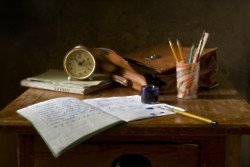 National Back To School Month: What does it mean to dream about school? 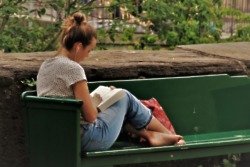 Gift ideas for the student-to-be in your life 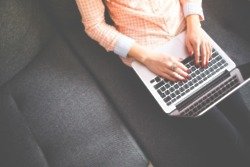