Girl Effect Live brings the UK’s best and brightest talent, to celebrate the potential of girls, to stop poverty before it starts. 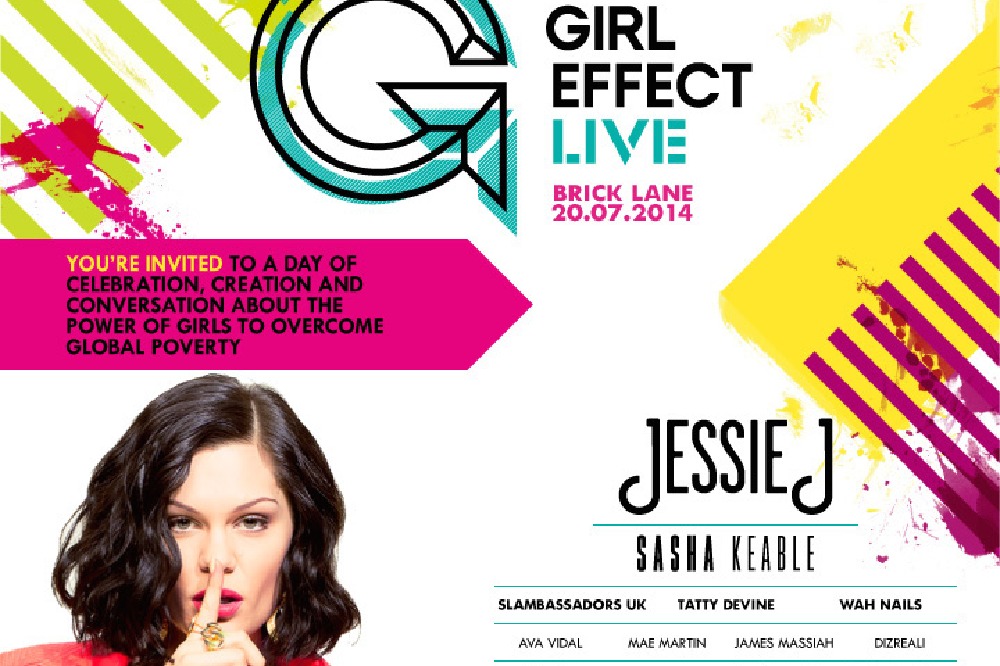 Girl Effect Live, headlined by pop star Jessie J is an all-day festival that promises a day of celebration, creation and conversation about the power of girls to break the cycle of global poverty.

The festival will take place two days before the world’s first ever Girl Summit, hosted by UK government and UNICEF. The idea is to bring together some of the UK’s best and brightest talent to spotlight girls as the most powerful force for change on the planet.

Girl Effect Live will take place in venues in and around London’s Brick Lane, on the 20th July which will comprise a series of exciting and inspiring happenings during the day, as well as a gig in the evening to celebrate, incite, and educate young people in the UK about the aspirations and opportunities of girls living in poverty.

Jessie J will headline the event with support act Sasha Keable plus special guests at Village Underground, celebrating the potential of girls around the world and the achievements of the day.

Performances from exciting talent including Dizraeli and James Massiah and the festival will provide plenty of laughs from female comedians Mae Martin and Ava Vidal. As well as Girl Effect nail art by Wah Nails, a live graffitt wall and SLAMbassadors UK workshops hosted by the champions of UK youth slam Megan Beech, Ollie O’Neil and Tiana Oldroyd,

Visitors will also be able to purchase a limited edition ‘Girl Effect’ necklace by Tatty Devine.

At Loading Bay there will be a girls-only immersive experience that brings to life the realities faced by girls living in poverty with artistic consultancy provided by Punchdrunk Enrichment.

Jessie J commented on the event: “Living in the UK, we’re fortunate that we have the opportunity to strive for and fulfil our full potential, but this isn’t the case for many girls living in poverty. I am involved in Girl Effect Live, because I want to take a stand with other girls in the UK to inspire, recognise and celebrate the amazing potential of girls everywhere.”

Girls will be invited to lend their voices in support of girls in poverty, by going to a video booth or speaking to the roving camera crew. Their voices will be edited into a film that will be taken to the Girl Summit where they will contribute to the efforts to end FGM and early, forced and child marriage within a generation.

The Girl Effect Live: Day event is completely free but capacity is limited at some events, so pre-booking is recommended. Tickets to the Girl Effect Live: Night event are priced at £10 and will be issued via an online ballot. Lucky ticketholders will also receive a limited edition ‘Girl Effect’ necklace from Tatty Devine.

To share your voice and help make a noise on social media about the event, the UK public are also invited to join in conversations on social media using #GirlEffectLive and via Girl Effect on Twitter, Instagram and Facebook. There will also be coverage of Girl Effect Live throughout the day on SBTV.

For more information on how to register for the day event and the ballot for the evening music performance visit: www.girleffectlive.com.

Seven reasons to go to a vegan camping festival 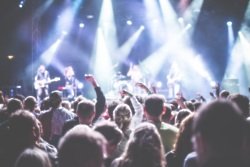 The biggest month of festivals is upon us! Here are 5 festival survival tips!

How to survive festival season with a toddler