Time traveller claims we are living in a matrix

Orrin, who claims to be a cyborg time traveller from 2050, has suggested that the human race is living in a simulation.

A man claiming to be a cyborg time traveller says we are living in a simulation.

The man, known only as Orrin, insisted that he is from 2050 and has been sent from the future to warn humans of an impending apocalypse.

He has now warned the human race that they are living in a simulated world just like Keanu Reeves' Neo in 'The Matrix'.

He claimed: ''We are being kept down by a corporation. They are lying to us through marketing schemes and propaganda to hate ourselves, to divide us based on gender, race, sexuality, identity and preference.''

Orrin suggested that the 'Matrix' trilogy is rooted in reality, claiming ''we are in a simulation''.

He added: ''We need revolution, right now the current system such as socio-political status have pout people that look and sound a particular way down.

''We must change the entire institution and framework in order for us to value things such as the greater good, such as the society, such as the environment.'' 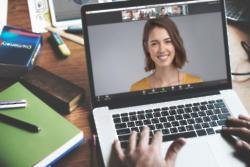 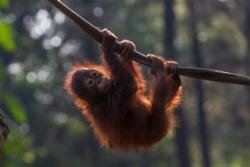 Apes on lockdown due to coronavirus