Adam Hart-Davis writes a piece for us upon the release of his new book Very Heath Robinson.

Comic artist William Heath Robinson was enthusiastic about romance and dating, but finding a partner and getting to know one another was extremely difficult 125 years ago, when he was 20 years old. There were several reasons for this: 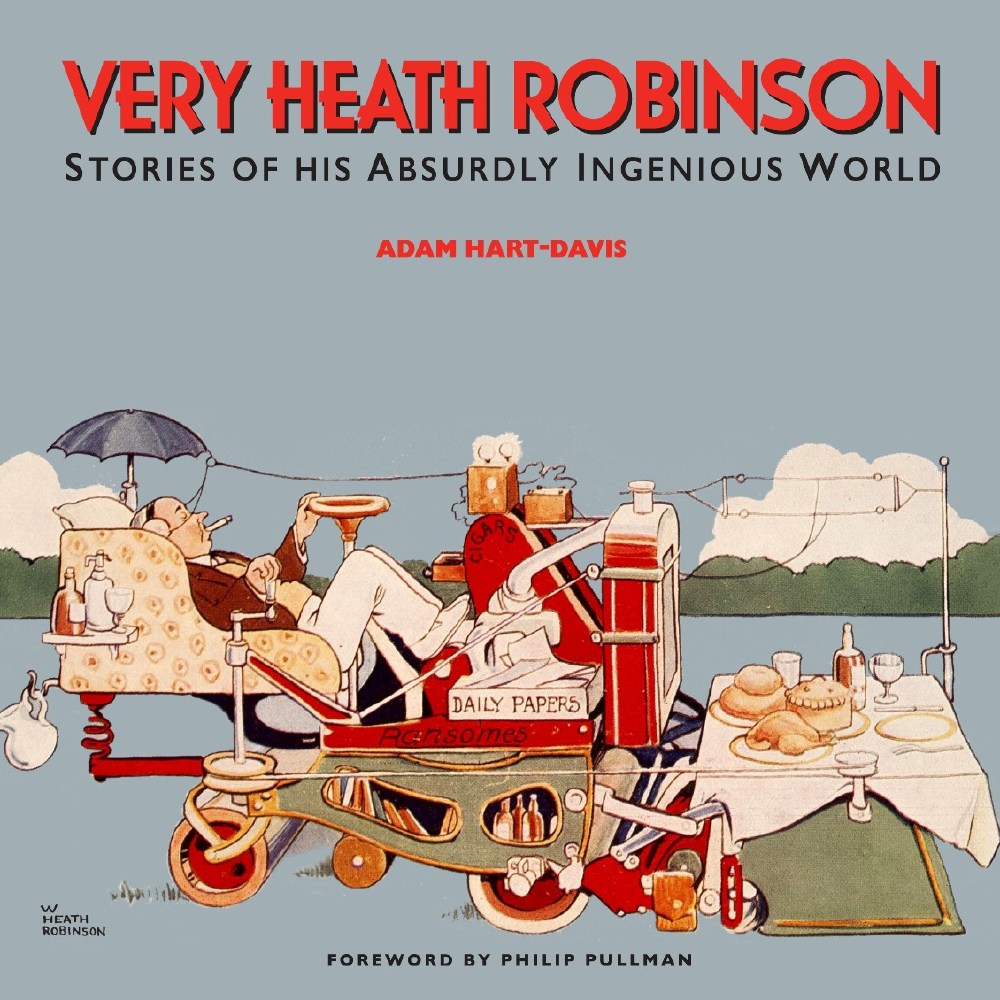 In a heroic attempt to improve the situation, he actually invented a dating machine. In my new book Very Heath Robinson there is a whole section on courtship.

In his autobiography Heath Robinson describes how his brothers courted their ladies: “After dinner, those who were engaged to be married departed in silk hats and frock coats to meet their fiancées, and to bring them home, where we gathered again for tea… The young men … were resplendent with luxurious growth of hair and heavy but well-trimmed moustaches. They were rather uncomfortable in their high stiff collars and clothes that must not be creased. The girls were charming in high coiffures, blouses with wide leg-of-mutton sleeves, and flounced skirts that rustled on the ground as they walked. After a little polite persuasion, a young lady, with becoming reluctance, would oblige by playing on the piano.”

Sadly, he avoids all mention of his own courting. He seems to have been a mild and gentlemanly sort, and probably went through all the angst and unrequited longing experienced by most teenagers and twenty-somethings. He simply states “Our wedding took place in the year 1903, after a long engagement.”