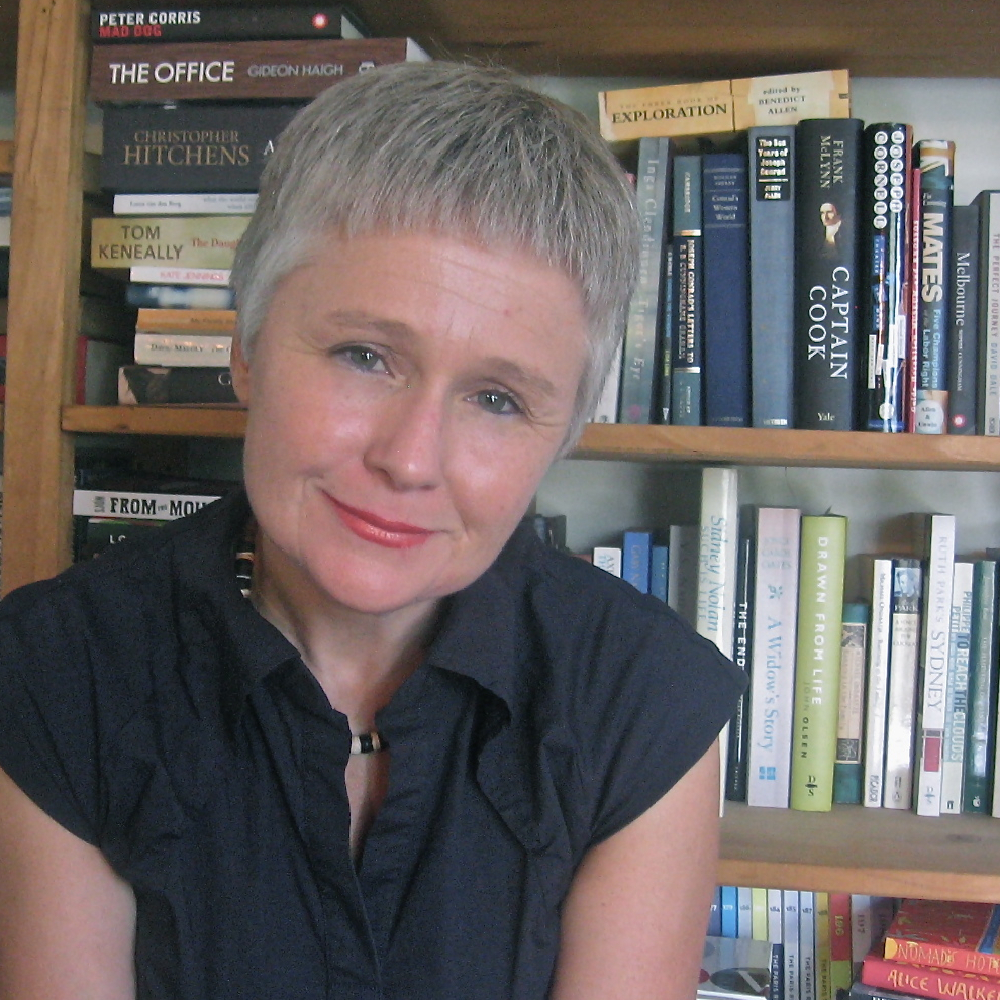 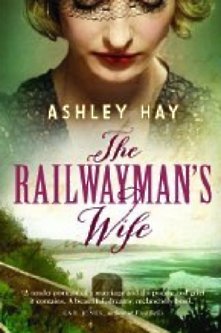 The Railwayman’s Wife  tells the story of Anikka Lachlan, the wife of the title, whose husband Mac is killed in an accident on the railways – as part of her compensation, she’s offered the job of the railways’ librarian in her small seaside town. It follows her story – through her own experience, and through the perspectives of two other characters, Roy McKinnon (a poet) and Frank Draper (a doctor) – as she makes sense of the year that follows … and in that way it’s a story about things that never quite align, as much as those that come to pass. I’m never much good at describing books, but I like this line we came up with for The Railwayman’s Wife: that it celebrates love in all its forms, and the beauty of discovering that loving someone can be as extraordinary as being loved yourself.

The book is set in 1948, so please can you tell us about your research process into the story?

I was interested in writing about the space just after World War II, but in saying that, I probably read as much about WWII itself as I did about the time beyond it. I was hunting for things like social and cultural histories of day-to-day domestic life during war, as well as descriptions of larger moments of death and grief, and the straight-forward and piece-by-piece accounts from newspapers of the time. I was interested in small, almost incidental things – like barbed wire along Australia’s beaches, or underwater lights taken out of the local pool for fear of air raids – rather than large and trumpeted historical moments.

I grew up in the landscape where I set the story – on the coast below Sydney, in Australia – so I knew the physical place well, and I think I’d been squirreling away information from my parents’ and grandparents’ memories of the 1940s in that part of the world that I could pull out and use to realize my version of it when I started imagining the novel.

You are a former editor at The Bulletin, so how much has this affected editing your own work?

A lot of my work in journalism has involved commissioning and editing other people’s stories – and I’ve loved it. It might have helped with the way I think about things like structure and plotting and setting (in fiction and in non-fiction), but I think other people tend to make the most constructive editors of your work, because they’re reading it for the first time … and you probably know it off by heart and can’t possibly see how it could be different. There’s nothing better than having a good editor to whom you can hand your sentences – and trust they’re going to help you make them better.

Your first novel was shortlisted for many prizes, so how did this make you feel as a new writer?

It was an extraordinary endorsement, and very exciting. When you’re working on a book, you just hope you can make it whole, and you hope it will find readers with whom it resonates; readers who love it in the way that you have loved particular books as a reader yourself. If some of those readers are the judges for awards, then that’s an unexpected thrill.

Please can you tell us about the publications your still contribute to.

I work as a freelance journalist, and these days I write mainly for The Monthly (a national magazine that comes out of Melbourne) and Qantas: The Australian Way (which has the delightfully captive audience of anyone who’s flying anywhere with Qantas and finds the magazine in their seat pocket). I also review books for The Australian. I’ve been fortunate, too, to have work included in different journals and anthologies, including annual collections such as Best Australian Short Stories and Best Australian Science Writing, and The Griffith Review, which offers up an incredibly rich and varied index of contributors in its quarterly issues.

What made you want to explore the emotions and void felt post war in this book?

I’ve always been interested in the space just after war – as someone born in 1971, I’m fortunate never to have lived through one of the world’s more global conflagrations, and I’m fascinated by the way history packages these events as having distinct beginnings and endings, when in fact they seep and leak across the time before and after. In the novel, I gave Ani the sense that war is often described like a tap, turned on at the beginning of the conflict, and turned off, neat and tidy, at the end. But the characters of Roy McKinnon and Frank Draper allowed me to look at the ways in which this might not be true – and the ways in which the war goes on. I also wanted to weigh Ani’s grief – for a single death – against an era in which so many women lost their husbands and brothers and sons. I wanted to explore the strange accountancy of deaths in war: their enormously high numbers often divorced from the individual lives that comprise them.

Where did you inspiration for the three main protagonists come from?

All over the place! The idea for the railwayman’s wife herself – as a railway widow who’s offered the job of the Railway Institute’s librarian – came from my father’s mother, who was widowed by a railway accident in the 1950s and worked as the Thirroul Railway Institute Librarian for more than a decade. (Anikka Lachlan is nothing like her apart from that – although I did borrow my grandmother’s Scandinavian background for Ani as well).

The idea for the poet, Roy McKinnon, came partly from a particular plot-point that I knew was going to involve a poem, and partly from interviews I’d read with men who’d begun writing poetry during the war. It fascinated me that you could find your creative self under such extreme and extraordinary conditions, and I wondered what might happen if you lost it on the other side. And the first spark for the doctor, Frank Draper, came from a conversation I had with the Australian poet Les Murray – years ago, when I was working on another book. He was telling me about people he remembered from the landscape where he grew up, and mentioned a doctor who’d gone away to WWII and been involved in liberating the German camps in 1945. When he came back, said Les, he was never the same again – and the simplicity and the power of that phrase stayed with me.

When I realized I wanted to set the book in Thirroul – a place that’s literarily famous for being the place where D. H. Lawrence wrote Kangaroo in the early 1920s – I read a great book by Joseph Davis, a local historian, called D. H. Lawrence in Thirroul that talked about Yeats’ doctor working in Thirroul at the time Lawrence was there. That cemented the possibility for both ambitions and friendship between these two later men for me as well.

It depends what else I’m doing – I have a five-year-old which has meant that in the past few years I’ve read fewer novels than I used to, but I’ve read more poetry and more long-form articles; my reading time is different. It also means I’ve read a lot of A. A. Milne recently and remembered why Winnie-the-Pooh was my favourite read almost 40 years ago. I will stop and drop everything to read a new book by Michael Ondaatje, and I’ve been back with Alice Munro a lot recently.

I sit down as soon as the house is empty in the morning and I try to write until my husband and my son come home again at the other end of the day. One of the great things about training and working as a journalist is that you treat writing as a job that you sit down and do, rather than something that waits for particular conditions or inspirations. And when I’ve wrestled something to the ground and taken it as far as I think I can, I’m very lucky to have a couple of good early readers who I can drag into the process to help me try to make it better. Ann Patchett describes having a friend who does this to her words, who sends them back “all marked up, and … so much better.” She says it’s “like somebody’s made the bed so it looks like it was made in an expensive hotel.” I know exactly what she means.

I’m excited to have been asked to edit the 2014 Best Australian Science Writing anthology – that will come out next November.

Fictionally, after sitting in Brisbane and finishing two books about the parts of Australia where I was no longer living (Sydney and Thirroul), I’m now sitting in Brisbane and working on a new novel set in Brisbane. It moves between two families who live in the same house – one in the 1960s; one now – and features a surprising number of birds and small children. At the moment it’s called Three People are Reading This Now. It’s lovely to be able to walk through its landscape whenever I get stuck.