Ausma Zehanat Khan writes a piece for Female First upon the release of her new book No Place of Refuge.

I have a penchant for handsome, brooding detectives, my favourite being Ngaio Marsh’s Inspector Alleyn, so I decided to write my own. Esa broods with the best of them—partly because of past trauma in his personal life, but also because his cases involve human rights abuses that require some fortitude to face. He often seems melancholy, but that’s why I partnered him with Rachel Getty—a force of nature who could bring any brooding soul back to life. 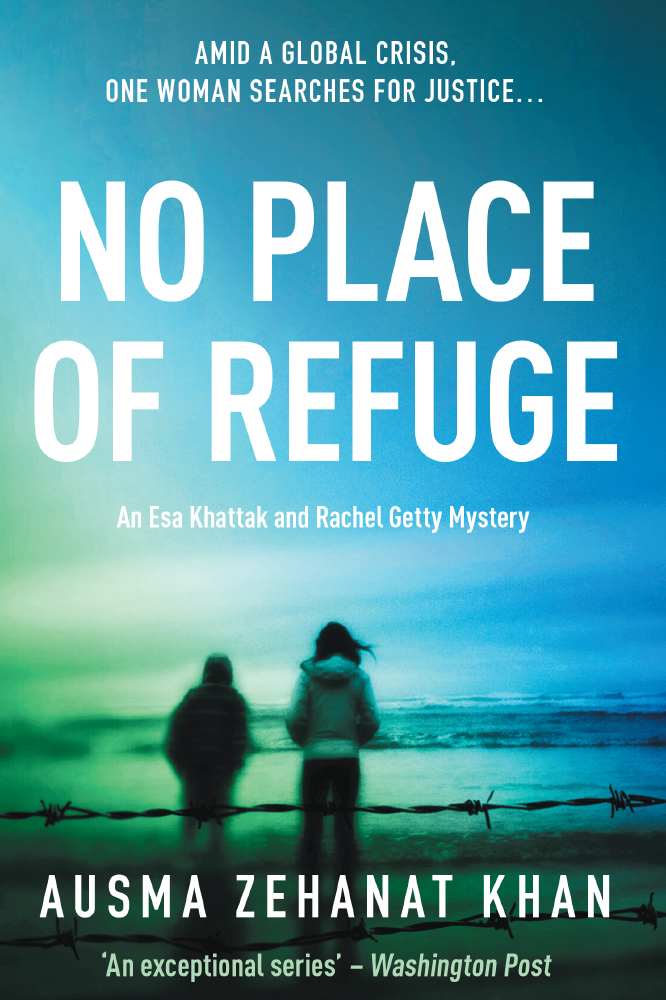 No Place of Refuge

Naming Esa was something I put a lot of thought into. He’s a Canadian Muslim of Pashtun/Pathan background, so his name speaks to his identity. His full name is Muhammad Esa Khattak. In Among the Ruins, the third book in this series, he keeps his status as a high-ranking Canadian police officer secret from the Iranian government by traveling under his first name, instead of the name he is known by.

Esa is the Arabic rendition of Jesus, and given who Esa is, and the work he does to build bridges between different communities, it carries special meaning for me that his name is effectively “Muhammad Jesus.”

The surname Khattak is a strong Pashtun tribal name that I particularly like because the “Kh” in it is an echo of my own last name “Khan.” I’m also a Pashtun, but I’m a Yousafzai not a Khattak. (Side note: I gave Rachel the last name “Getty” because I once lived four miles from the Getty Museum.)

I don’t know much about cars, but I’ve heard that the car a man drives says something about his personality. I didn’t know what kind of car Esa should drive because I have no idea what different cars symbolize. I love the Aston Martin Vanquish, but my nephew informed me that (1) a police officer could never afford a car like that, (2) the Canadian winter would eat the Vanquish alive, and (3) that Esa Khattak isn’t James Bond. So in the end, I had Esa drive a BMW because at one time my brother-in-law drove one, and I thought it looked elegant.

In No Place of Refuge, Esa keeps a stack of his father’s old correspondence—letters between Esa’s father and grandfather, an important piece of his family history, particularly as his father died some years ago. He’s kept these old aerograms, but he’s been afraid to open and read the letters for reasons he can’t fully explain. These aerograms tied with a ribbon are based on my father’s correspondence with his family in Pakistan. I’d find these blue stacks around my father’s study, written sometimes in English, sometimes in Urdu, and as a rather imaginative child I thought of them as passports to another world—they felt fragile and delicate, and were aromatic with distance. But I also knew they contained the melancholy of immigrants who were caught between two worlds, and who could never be certain if they would see their homeland again. In my father’s case, his first migration was from India to Pakistan, after the cataclysm of Partition that rocked the Indian subcontinent; he was never able to return to his childhood home. The letters in No Place of Refuge form Esa’s personal connection to the longing and loss experienced by refugees the world over.

Esa loves women. His mother, his sisters, his partner, his friends, his unwilling attraction to an unnamed former prosecutor. I emphasize Esa’s relationships with women because the Muslim male of popular culture is nearly always a terrorist who demeans women, and as a Muslim woman myself, I wanted to counter these dehumanizing portrayals with a character who is authentic and sincere, though not without his faults. Thus, how Esa interacts with women throughout this series is important to me—not just for his development as a character, but also in terms of what he stands for as a complex individual who derives his ethical compass from a faith that many are quick to disparage. His relationships with the women in his life are characterized by respect, which is an integral part of what makes him a good detective.

Ausma Zehanat Khan is the author of No Place of Refuge, published by No Exit Press on 22ndAugust 2019. 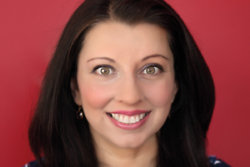