When a witch is left alone after a horrific ordeal, her meeting with Loki results in more than she’d bargained for…

After Angrboda is cast out after being burned for the third time, her life changes in the most unimaginable way… 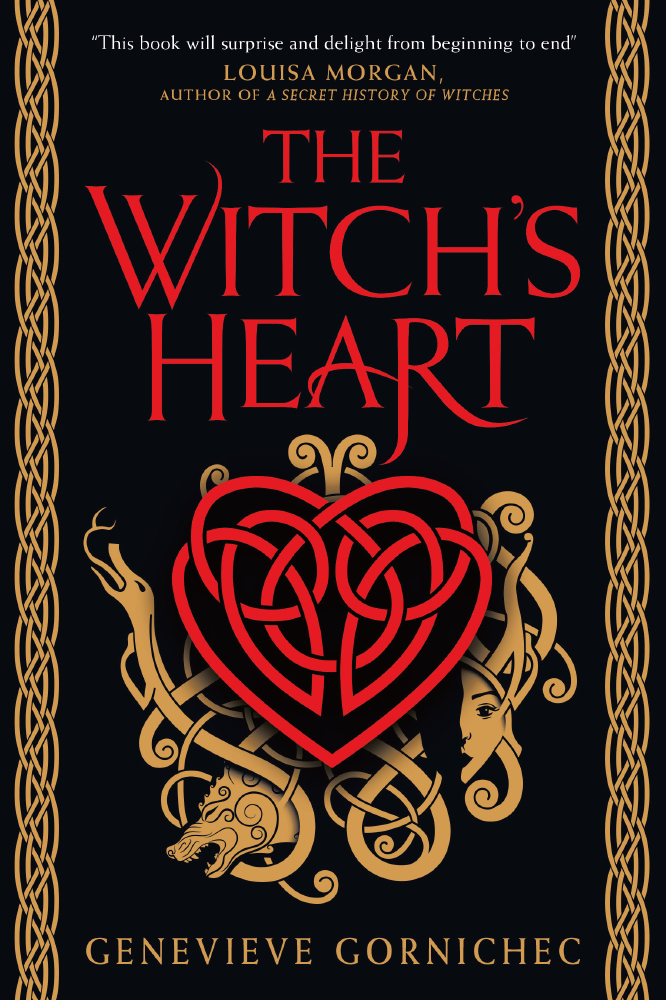 The Witch's Heart is available in the UK from May 4th!

Author of this spectacular novel, Genevieve Gornichec, uses her degree in history from the Ohio State University to weave an incredible tale. She got as close as she could to majoring in Vikings as possible; her inspiration is drawn from her study of Norse myths and Icelandic sagas. She lives in Cleveland, Ohio.

The Witch’s Heart is her debut novel.

Angrboda’s story start where you’d think it would end; with her being burned. Odin’s punishment for her when she refused to share her gift of seid, a magic that allowed her to traverse out of her body and seek visions of the future.

As the fires that burnt her leave her helpless and in pain, she flees into the deepest reaches of a secluded forest. There, a man finds her and brings her heart to her, her heart that was stabbed and torn straight out of her chest.

This man reveals himself to be none other than the God of Mischief himself, Loki. At first, the witch is unsure whether to trust him or not, but sooner or later they fall for one another.

Their love produces the most important things in Angrboda’s long life; three unique children, each with a secret destiny. The witch is eager to raise her children out of the watchful eye of Odin, so the forest of Ironwood becomes her home.

However, Angrboda soon realises that the destinies set to befall her children will put them all in danger.

She must choose whether or not to accept the fate her children have been given, or to stand up and defend them; fighting to protect them from what her visions have shown her.

Finding the right words to describe this book is a difficult job. Gornichec’s unique ability for storytelling is simply wonderful; at the turn of every single page I was in awe at whatever was occurring. I adore the main character, as her tenacity and will to protect her perfectly-odd children was truly heartwarming.

The first few pages gripped me immediately, describing the poor witch’s ordeal with Odin. The writing style was also perfect and flowed brilliantly from page-to-page. The elegant words and softly-spoken characters were a joy to get to know.

The way Gornichec moves this grand tale onwards is exceptional; Angrboda sets up her life in the woods in order to avoid Odin’s all-seeing eye, and reading about how she set herself up in a cave, met and became firm friends with a woman called Skadi, and went about her daily life was more than charming.

As I read further, the author’s crafty writing moved the story on every so gently, almost so I didn’t realise how many pages I’d read. The domestic life the witch leads slowly edges into panic, horror and shock, as any events that unfold do so in such a grand way that it’s a massive yet graceful change from her knitting or gardening, to a betrayal from someone so close to her.

In addition to the perfect pacing, Gornichec’s descriptive writing goes above and beyond what you may expect from a debut novel; the way in which she describes events planted me right in the middle of the story itself, and thus I felt everything Angrboda felt; I was with her from the start to the end.

Angrboda’s magical ability is a wonder to read about; the trauma it causes her and the pain it gives her is as intriguing as it is sorrowful.

The book gets more momentum around halfway through; a change of pace from the witch’s ideal life with her children in the woods. The story does not falter for one moment, and each and every character along with every word they say has such purpose and meaning; it was very hard to put this book down.

Gornichec does an outstanding job at reimagining the stories of the gods. By using names you recognise, whether it’s from other books or movies, she pulls you closer and closer to each character and their lives. The way she has reimagined and retold the lives of such extraordinary characters is simply phenomenal. I was almost sad to finish this book, and wanted to just pick it up and read it all over again.

I would recommend The Witch’s Heart to everyone I know. It was charming, sad, delightful and shocking; if I could give it a higher score I would. Absolutely enchanting.

RELATED: Review: The Art of Death by David Fennell

Detective Inspector (DI) Grace Archer is about to start her new job at Charing Cross station, but her first day is more chaotic than she thought it would be… 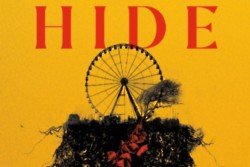 Hide by Kiersten White review: Dripping with horror and suspense 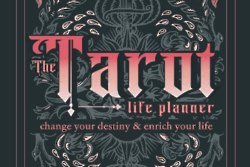 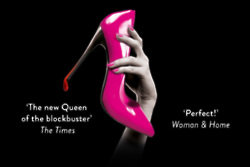