Guises of Desire by Hilda Reilly 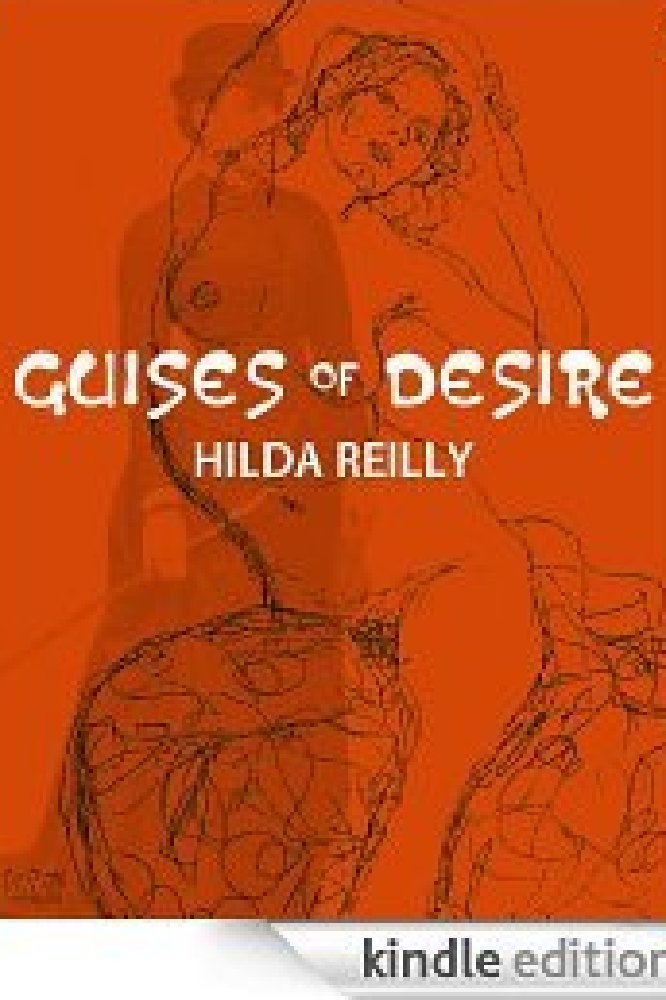 What can you tell us about Guises of Desire?

Guises of Desire is a biographical novel based on the life of Bertha Pappenheim, whose treatment formed the basis of the Freudian 'talking cure'. She is better known as Anna O and was made famous when her case history appeared in Studies in Hysteria, the founding text of psychoanalysis published in 1895 by Sigmund Freud and Josef Breuer. Since then doubt has been cast on the original diagnosis of hysteria as many of Bertha's symptoms could be accounted for by neurological disorders not yet identified in the 19th century. Not only that, evidence later unearthed revealed that at the end of her treatment in 1882 she was not cured, as her doctor claimed, but spent several more years in and out of clinics with recurrence of her symptoms. Despite these early setbacks she later went on to achieve prominence as a pioneering social worker, fighting for women’s rights. She founded the League of Jewish Women in 1904, set up a home for unmarried mothers and led an international campaign against the exploitation of young Jewish women for prostitution. A story of liberation in every sense.

The book is set in 1880, so what was your research like into this period in history as well as the medical element?

The novel was a joy to research as there were so many elements of Bertha's story which were foreign to me and exploring them was an adventure in itself. First of all, there was the fact that the story took place in the 19th century. One of my principal sources for general background was The Victorian House, a wonderful book by Judith Flanders which tells you everything you could possibly want to know about the domestic and daily life of the time. Then, as Bertha belonged to an Orthodox Jewish family I had to find out all about Judaism, another treasure trove as it is so rich in ritual, belief and tradition. My research also included a visit to Austria where I was able to steep myself in the sense of 'place'. But the most important sources were the medical ones - two case histories written by Bertha's doctor and the associated correspondence. As well as those, I read a number of other medical works dating from the same period to get an idea of how diagnoses were arrived at and what sort of treatments were practised. Then I studied more recent medical sources to see how Bertha's symptoms might be diagnosed now.

When did your interest in psychoanalysis begin?

I first got the idea of exploring Bertha's story about five years ago when I was doing a Masters in Consciousness Studies. I became interested in topics such as hypnosis and hysteria, which led me to investigate some of the early patients of psychoanalysis. I was struck by the one-sidedness of the case histories; we only ever heard the doctor's views, and these views were often based on shaky evidence. I decided to try to put myself in Bertha's shoes and to present her story as if from her own perspective. As it was clearly going to be quite a complex undertaking, and as I'd never written any fiction before, I decided to get some help with it and was lucky enough to be accepted for LancasterUniversity's prestigious Creative Writing MA.

Tell us about your previous 2 books Seeking Sanctuary and Prickly Pears of Palestine for fans of this book.

My first published book was Seeking Sanctuary: Journeys to Sudan. I wrote it while I was living in Sudan about ten years ago. It was around the time of 9/11 when there was a lot of negative reporting in the West about Islam, particularly Western converts to Islam such as the Shoe-bomber who were giving Islam a bad name.  I knew a number of Western converts who had moved to Sudan because they wanted to live in a country more in line with their new religion and who were nothing like the people portrayed in the media. I carried out a series of in-depth interviews with them and Seeking Sanctuary is the result.  It is part reportage, part travel writing, with the converts' experiences being set within the wider context of my own experience as an expatriate living in Khartoum. I felt that, like Islam generally, Sudan too was the victim of biased representation in the media, and I wanted to present the more positive aspects of the country that I myself knew.

After leaving Sudan I spent six months living in Palestine, in the West Bank. I'd gone there because I wanted to get a better understanding of what was happening in the Middle East conflict and also with a view to writing a travel book. I lived first in Nablus, where I worked at An-Najah University, then a small village where I stayed with a Palestinian family, and finally in the Muslim quarter of the Old City of Jerusalem.

As it turned out, I was there at a momentous period in Palestinian history, covering the death of Yassir Arafat and the election of Mahmoud Abbas, so there was lots to write about.

When did your passion for writing begin?

I started writing professionally when I lived in Vietnam in the 1990s. I worked for several English-language newspapers and magazines in Ho Chi Minh City. Writing articles in Vietnam was very difficult at that time because the country was just beginning to open up to the outside world and people still felt very reticent about talking to foreigners or expressing views about anything other than the most neutral subjects. On one occasion I interviewed a man about a new business he had set up, a French-style boulangerie, and he phoned his lawyer three times during our conversation. Another time I invited an ornithologist to my house to interview him about the birds of Vietnam. He was visibly fearful when he arrived and told me he had parked his bike some distance away so that no one would know he was talking to a foreign journalist. These are just two examples of many. People were guarded in the extreme. So altogether my articles at the time were pretty tame.

What is your favourite novel?

This is a 'flavour of the month' sort of question for me. The answer would depend on when I'm asked. For the moment, I think it's The Crimson Petal and the White. As a piece of writing, it's a dazzling tour de force, a narrative which sweeps you along with tremendous verve, altogether a wicked delight. And it's set in the period which I've now become fascinated by - the late 19th century.

If you could have dinner with any author who would it be?

Another 'flavour of the month' question. Right now I think I'd choose Lesley Glaister. I discovered her novels just recently and found that she's the writer I'd most like to emulate. I'd love to know how she manages to depict so convincingly psychological states which she's presumably never experienced herself. She really gets under the skin of her characters and takes her readers with her.

Ideally I'd like it to be that recommended by Dorothea Brande in her classic Becoming A Writer. One of her key techniques is 'early morning writing'. This involves starting to write the minute you wake up, letting the words pour out onto the page without stopping to consider, criticize or otherwise think about what you're writing. The idea is that this taps into the creative right hemisphere of the brain. Only later do you return to what you have written in the morning, and then you edit it with the orderly left side of the brain in control. I've found that this really does work. Unfortunately it takes a lot of self-discipline to impose this regime on yourself. It's so much easier to make a cup of coffee and tune in to the radio first thing in the morning.

I'm planning on writing about other patients from the early days of psychoanalysis. What particularly interests me about it is that the act of turning the case histories into biographical 'fiction' is a research technique in itself as it forces the author to examine the case from a fresh angle, raising questions not previously considered. I discuss this sort of thing in my blog at www.berthapappenheim.weebly.com/html.

I'm just surprised that this kind of exploration hasn't been done before. There is a rich seam of psychological narrative to be mined there, certainly enough to keep me busy for the rest of my life.