Today Wrigley's Extra launch The Extra® Smile Back™ Project with their storybook The Lost Smile, authored by children's poet Joseph Coelho and illustrated by Sheena Dempsey. The book tells the story of a little boy who can't find his parents' smiles, so goes on a smile hunt to find them. The aim is to remind parents about the power of a child's smile and the importance of protecting it. 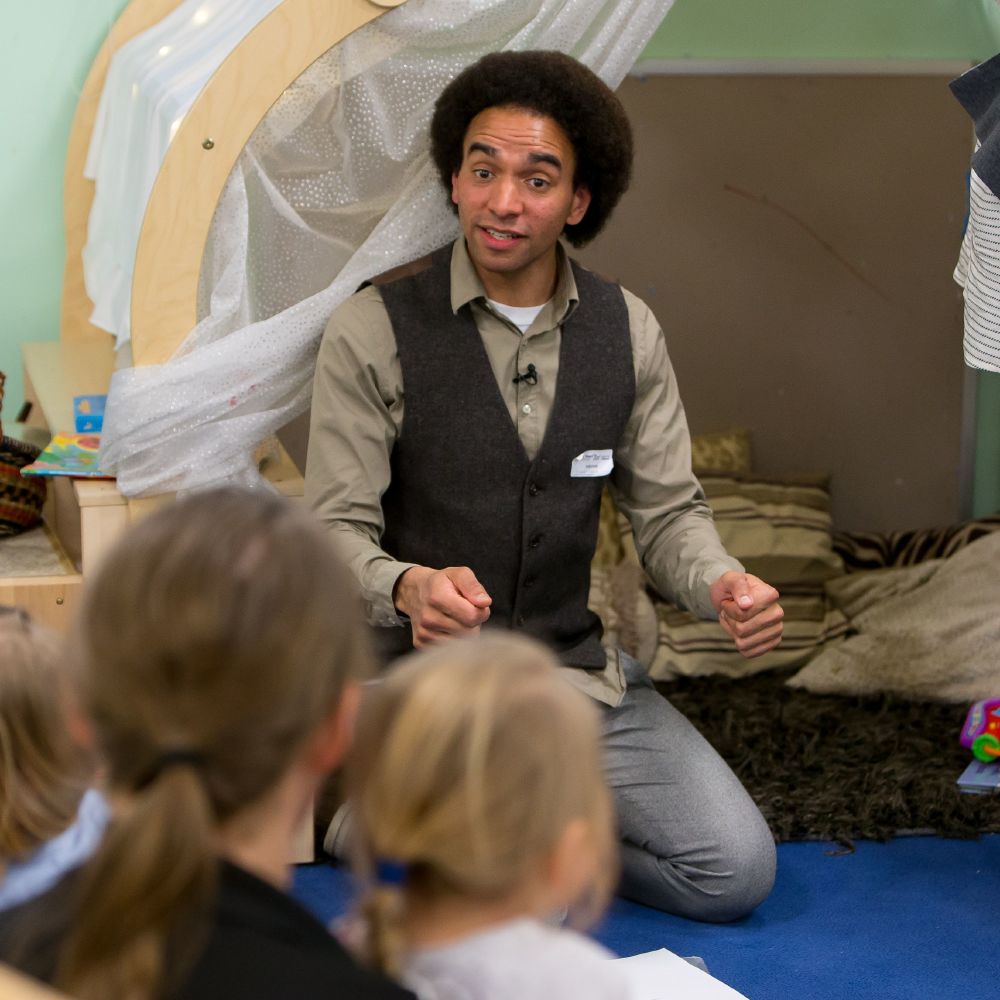 Joseph Coelho, author of The Lost Smile said: "It's so exciting to hear from the research that a simple bedtime story is still so meaningful to children. Children give smiles so easily and yet as grown-ups, the pressures of modern life can stop the smiles from happening. This book is a simple nudge to parents to smile. You smile and the world smiles back. So it's critical that we protect those smiles."

Female First spoke to Joseph who shared an exclusive list of the children's books that inspired him as a child and why:

1 - The Lion, The Witch and The Wardrobe by C.S. Lewis

The delight for me in this book was the ability to discover another world just waiting beyond the wardrobe, I remember yearning to find a way into that magical world.

2- Watership Down by Richard Adams

I first came to Watership Down via the immensely emotive animation which both scared and awed me. On opening the book I was enchanted by the constant descriptions of Cowslips and pansies and all manner of common British plants and weeds.

As I child I was a TinTin fan collecting the graphic novels and rewatching the cartoons. I loved the investigative powers of Tintin and how brave he was... Is!

4 - Five Children and It by E. Nesbit

The magical Sand Fairy with an ability to grant wishes had me imagining strange furry creatures round every bend.

This was my first book binge- I had a boxed set and read each one straight after the other with a Harry Potter Fan mania.

6 - The Phantom Tollbooth by Norton Jester

Another hidden magical word, but a word of words! For a young poet it was heaven.

7 - Charlie and the Chocolate Factory by Roald Dahl

I am, was and will always be a chocolate lover so the now mythical Willy Wonka Factory was a delight and I could well relate to Charlie's excitement at finding the golden Ticket.

8 - Fungus the Bogeyman by Raymond Briggs

I had great fun tracing the drawings and making up my own versions of the stories- I'd say that this was my earliest memory of "writing".

This poor old lady and her insatiable appetite was a favourite of mine. The jolly

Pictures by Pam Adams had holes in them revealing each successively swallowed animal. Brilliant.

The Rupert stories were so incredible polite but also slightly odd with a world populated not only by talking. Animals but also strange little magical creatures.

The Lost Smile book is being launched as part of the Wrigley's Extra Smile Back Project. For every pack of Extra sugarfree gum sold in the UK from 23rd May to 16th July, Wrigley will make a donation to its chosen charity partner, Action for Children. The monies from the Extra Smile Back Project will fund the creation of oral health workshops, aiming to educate over 10,000 children and 5,000 parents in its first year. A total of 690 educational sessions in children centres and family support services run by Action for Children will take place across the UK from August 2016 to August 2017.

For information on how to protect your family's smiles and how you can support the Smile Back Project , visit www.smileback.wrigley.co.uk.