Joshua Winning writes a piece for us to encourage people to support his new novel Killing Rumer.

Joshua Winning's novel Killing Rumer, about a troubled, wisecracking heroine battling gangsters and ghosts from her past, is crowdfunding at Unbound here [link: http://unbound.com/books/killing-rumer]; pre-order your copy of the book to help get it published. He shares his top tips for writing a crime thriller. 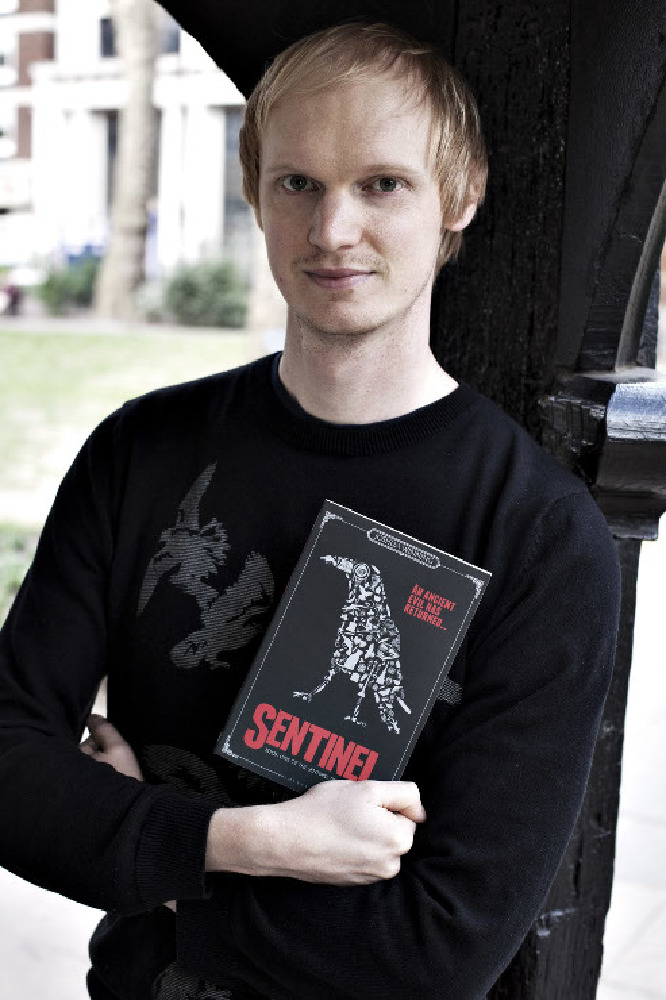 Decide what sort of crime thriller you want to write. It sounds straightforward, but genre can be flexible like plasticine; and that's especially true for the crime genre. Are you writing a murder mystery? A gangster thriller? A heist story? A serial killer potboiler? A mixture of all four?! Knowing what sort of thriller you're writing enables you to play around with tropes and shape something genuinely surprising.

Don't JUST make it about crime. Sure, crime is an integral part of the plot, but the best thrillers have a lot more going on than that. Gone Girl is about mistrust and marital crisis. Agatha Christie's And Then There Were None is about injustice and vengeance. Aside from a juicy crime plot, what do you really want to write about?

What's your MacGuffin? That term was coined by screenwriter Angus MacPhail to describe an object or goal that drives the plot. In The Maltese Falcon, the MacGuffin is the titular priceless artefact. In my book, Killing Rumer, the MacGuffin is an occult relic called the Crook Spear; but what is it and why does everybody want it? Those questions keep the action clipping along.

Write what scares you. Clearly, a thriller is nothing without thrills, so think about the things that get your heart racing. If you suffer from claustrophobia, trap your character in a coffin. If you're scared of the dark, smash all the lightbulbs in your character's apartment. By writing something that puts you on edge, you're likely to illicit a similar response from your readers.

Who's your hero and what drives them? Lisbeth Salander. Sam Spade. Clarice Starling. The crime genre is crammed with memorably flawed and fascinating heroes. What makes yours unique? Think about what shaped your character. Is she headstrong because she's always had to fend for herself? Is he emotional because he's lost so much? What is unique about your hero's reaction to the plot's sinister events and why are they so determined to uncover the truth?

Spend time brainstorming the title. An eye-catching title is the first battle for any book. Study the titles of books you love and ask why they work. For my book, I brainstormed a dozen different titles before I settled on Killing Rumer, which hopefully asks a question readers want to uncover the answer to. Then consider potential taglines: a title and a tagline should shake hands with each other. Chris Carter's recent book, The Caller, played with a clever pun: Your life is on the line. If puns aren't your thing, perhaps there's a quote in your book you can use.

How will technology factor into the story? In a world of iPhones, CCTV, dictaphones and countless other technological doohickies, how is your story affected by modern life? How does technology limit or enable your character's actions? Of course, you could eradicate that problem by writing a historical thriller instead, but that could open a whole new can of worms...

Don't just read crime thrillers. Draw from everything and everywhere. Inspiration often comes from surprising places, so while it's good to get a sense of genre by reading books similar to the one you're writing, be sure to read around. Watch TV and movies. Read comics. Learn how to write different types of people and study why a story does or doesn't work.

Speaking of, what makes your story different? This is particularly important when it comes to selling your book, whether that's to a publisher like Unbound or to a potential agent. What's the hook? Why should people shell out for it? What's the inherent value of your story? If you're able to pinpoint exactly what makes your story unique (its USP: Unique Selling Point), that'll make talking about it to other people a lot easier.

Have fun! This crime stuff can get pretty dark, so don't forget to bring a little levity to proceedings. Even The Girl With The Dragon Tattoo threw in a few snippy one-liners to relieve the tension, and lightening the mood in places can actually have the added effect of making the dark stuff more impactful. Frollo's line in The Hunchback Of Notre Dame is especially apt: “Wait between the lashes. Otherwise the old sting will dull him to the new.”

Killing Rumer is a crime thriller about a teenage girl thrown into a world of gangsters and the occult. Set in an urban sprawl of bullet-riddled buildings, it asks the question: can we ever really change who we are? Pre-order your copy at Unbound and get your name in the book as a thank you! http://unbound.com/books/killing-rumer