Family Life in the Narnia Stories by Katherine Langrish, author of From Spare Oom and War Drobe

Author Katherine Langrish writes a piece for Female First upon the release of her new book From Spare Oom to War Drobe: Travels in Narnia with my nine-year-old self.

Katherine Langrish, the award-winning author of children’s fantasy books, fell in love with the world of Narnia as a child. In her new memoir she explores how re-reading each of C.S. Lewis’ seven books as an adult gave her different perspectives and a new appreciation for these evergreen stories. 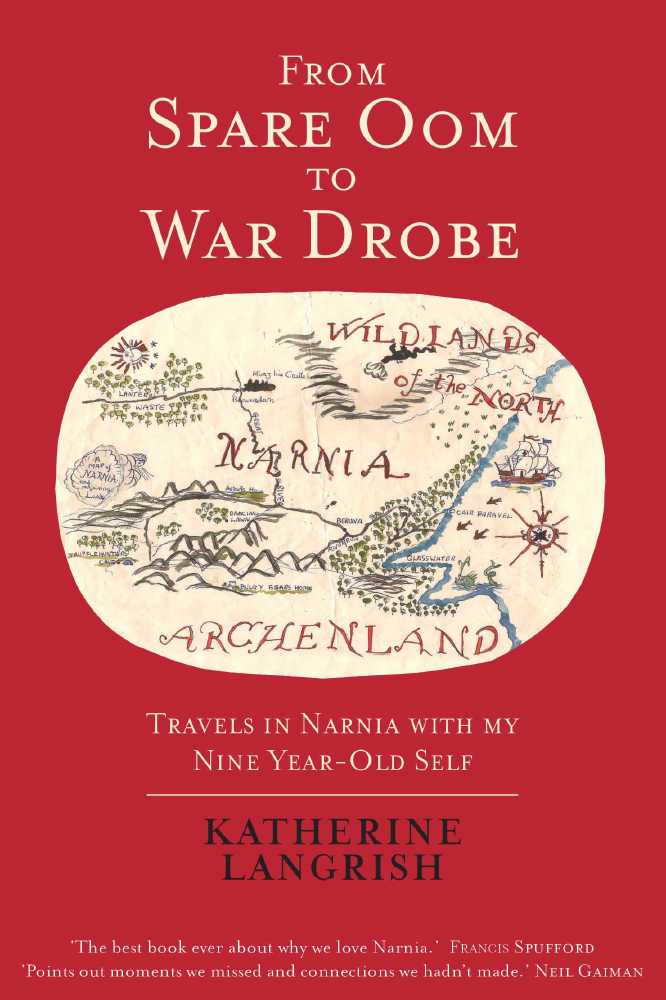 From Spare Oom To War Drobe: Travels in Narnia with my nine-year-old self

Why are there are no big happy families in the Narnia books? The four Pevensie children of The Lion, the Witch and the Wardrobe of course have each other, but their parents are remote figures, always sending them away – to the country to escape the Blitz, or to boarding school, or parking them with relatives while they go off to America. It’s hard to find any examples of reliable parenting in the Narnia tales. Even the motherly and fatherly Mr and Mrs Beaver, who shelter the Pevensies, seem to have no offspring of their own.

The other books follow the same pattern. Prince Caspian has no mother, and his father was murdered by his usurping uncle Miraz (like Hamlet’s). In The Magician’s Nephew, Digory has to live with dangerous, mad Uncle Andrew while his Aunt Letty cares for his dying mother. Shasta, the hero of The Horse and his Boy, was stolen at birth and his abusive foster-father tries to sell him. Aravis, heroine of the same tale, considers suicide before escaping a detested marriage forced on her by her father and stepmother. And at the beginning of The Silver Chair, Jill and her schoolmate Eustace are miserably bullied at the progressive boarding school to which their presumably ignorant parents have sent them.

C.S. Lewis hated his own schools. He was sent away to one at the age of nine, just a few weeks after his mother’s death: his relationship with his father was strained, and in later life the household he shared with his ‘adopted mother’ Mrs Moore (the mother of a friend who died in the War) wasn’t something he was prepared to talk about or explain. Things were made no easier when his beloved elder brother Warnie joined their ménage; Warnie was an alcoholic. It’s reasonable to suggest Lewis may have found family life a trial.

He escaped into his friendships, most famously with the group known as the Inklings which included J.R.R. Tolkien. And friendships form some of the most important relationships in the Narnia books, like those of practical Polly and emotional Digory, of anxious Shasta and fiery Aravis, and the three-fold bond between clever Eustace, capable Jill and staunch but gloomy Puddleglum.

This emphasis works brilliantly for children around the age of eight to ten, when they’re developing a private life and friendships become so important; an age, too, when they begin to want more freedom and independence. Perhaps not as much as we had in the 1960s – ‘Off you go and play and be back by tea-time,’ my brother and I would be told as we set out with the dog – but even we couldn’t match the entirely adult-free camping holidays of Arthur Ransome’s ‘Swallows and Amazons’… Along with other classic children’s books, the Narnia stories offer this freedom in spades. Who wants parents in Narnia, where children can be Kings and Queens, autonomous rulers of a population of delightful Talking Animals, with Aslan the Lion as Guide?

From Spare Oom to War Drobe: Travels in Narnia with My Nine Year-Old Self by Katherine Langrish (Darton, Longman and Todd, 29th April 2021, £16.99) is available from all good book retailers https://bit.ly/3wHaOYw