Kia Abdullah writes a piece for Female First upon the release of her new book Take It Back.

I took a 50% pay cut to write. I always wanted to be a writer but, being the child of immigrants, I chose a more academic subject at university, namely Computer Science. I learned to code in Java and went on to work for a global consultancy firm. I hated the job and ended up taking a 50% pay cut to follow my dream of writing. 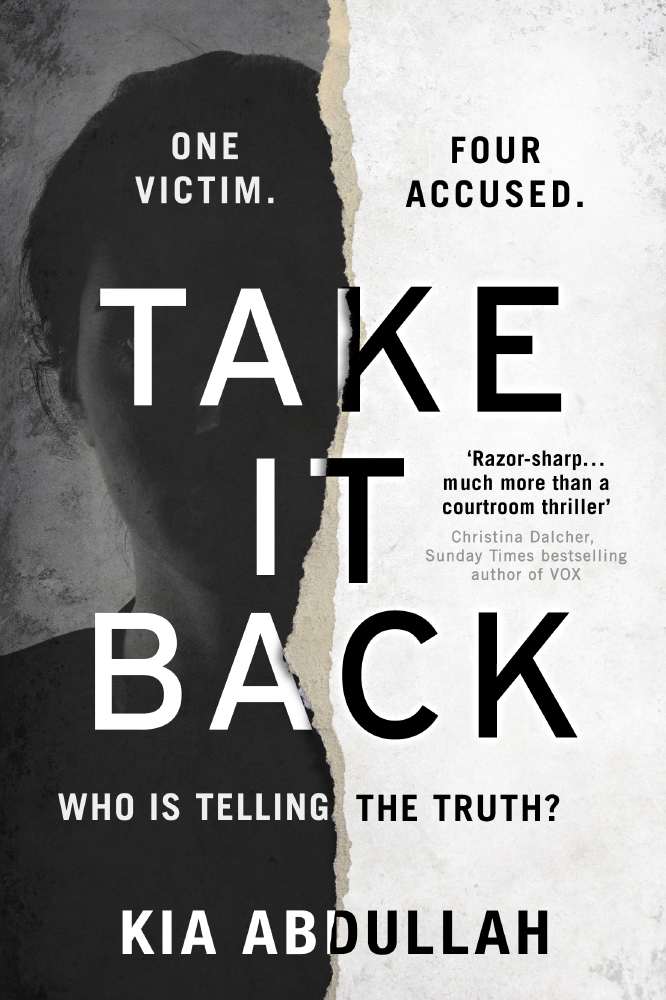 I’m one of eight siblings. Being part of a huge family made for a life of high drama, intrigue and conflict – perfect training for writing fiction.

I’ve visited 60 countries. As well as writing fiction, I run an outdoor travel blog called Atlas & Boots. I’m usually on the road for three to four months of the year and have visited countries like Djibouti, Lesotho, Swaziland, Vanuatu and Tonga. It’s not unusual for my sisters to begin text messages with “where in the world are you?”

I turned vegetarian at age 13. As a child, I spent a month in Bangladesh which is where my parents are from. I witnessed two cows being slaughtered as well as a number of chickens. I haven’t touched meat since. It took years for my mother to accept this because meat plays a big part in Bangladeshi food and culture.

I hate being late. I dislike tardiness – in others and in myself. I think it shows a real lack of respect. Of course, sometimes it’s unavoidable. On these occasions, I get quite antsy and stressed. If I turn up at 10am for a 10am meeting, I’ll apologise for being late.

I obsess over details. When researching Take It Back, I spent a week at the Old Bailey in London watching a real court case. I enlisted the help of two lawyers, two sexualt assault counsellors and an ex-police officer to help me get the details right. At one point, I text the police officer to ask about the texture of evidence bags and he told me that no one would judge me for getting that wrong. I relaxed after that!

I love horses. I’ve fallen off a horse, been kicked by a horse, been floored by a horse, been stepped on by a horse. In July, I fell and fractured my right hand. My instructor made me get back on straight away, as some riders hit a psychological block if they don’t. Once my hand heals, I’ll start riding again – though I’m learning to jump at the moment, so will likely fall off again soon!

I’m angered by nepotism. I’ve worked in media and publishing for 13 years now and have witnessed a fair bit of nepotism. It’s so disheartening to see opportunities handed to people when someone far more qualified can’t get a foot in the door because they’re working class and don’t know anyone in that world. I try to be upbeat but it can be really hard.

Take It Back by Kia Abdullah is out now in hardback (£12.99, HQ/HarperCollins)