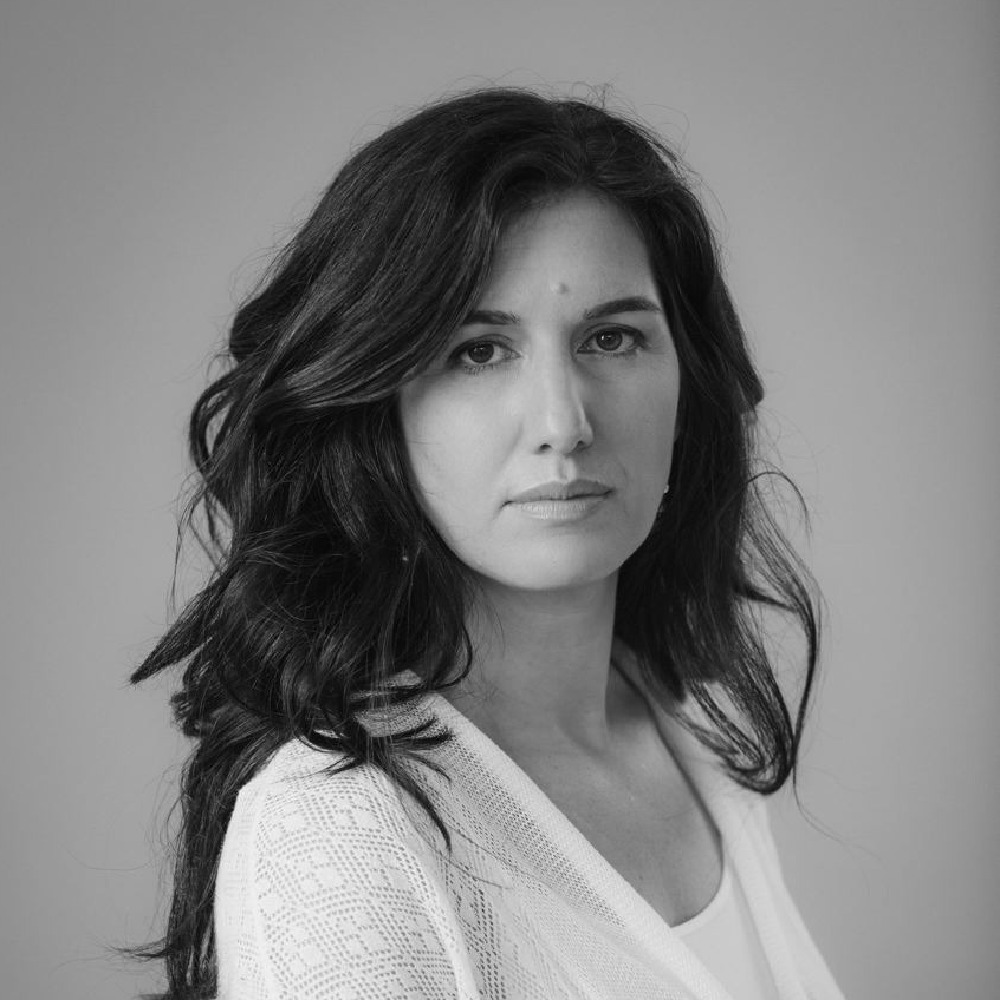 When Leilah Nadir’s book THE ORANGE TREES OF BAGHDAD was first published, it was met with huge praise from the likes of Noam Chomsky who called it a ‘moving memoir, vividly evoking real people and their lives’, and she was awarded the Canadian George Ryga Award for Social Awareness in Literature in 2008. Yet, this was not the end of the story for Leilah; Iraq, the war-torn homeland of her family was still embroiled in conflict, and many Iraqis were still suffering the effects of the 2003 invasion. Now as the 11th anniversary of the Iraq War approaches, Leilah’s book is finally published in the UK, with updated passages that open up new debates whilst still uncovering the rich cultural history of a country we still know little of. 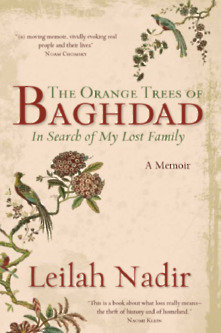 What can you tell us about your new book The Orange Trees of Baghdad?

The Orange Trees of Baghdad is partly a memoir of my Iraqi father’s family and by extension the history of Iraq, and partly direct reportage of the invasion of Iraq in 2003 through the stories I heard from my extended family and friends, both in the West and in Iraq. I tell the stories of my three aunts, who left Iraq at different times and now live together in London. The first left in the Eighties before the Iran/Iraq war and the other two during the 1991 Gulf War. They had been on holiday in England when Saddam invaded Kuwait and so were given asylum and have never returned to their home in Baghdad since. I follow my Iraqi-Canadian photojournalist friend as she witnesses the war firsthand and visits my father’s house in Baghdad, taking the last photos I have of it and my great-aunt, who was still living there. Finally through the eyes of my cousin, a father and engineer, I show what the invasion and aftermath was like for ordinary people trying to survive.

What made you want to uncover your family’s roots?

I never intended to write a memoir. This book was made out of terrible need to salvage and record the vestiges of a world that was under attack and I knew would not survive the onslaught. When Iraq was invaded on 20 March 2003, now eleven years ago, I had never set foot there, and I still haven’t. There was hope then that a country could be liberated and remade, but we now know that war does not make countries. Peace does. On the eve of the war, my father’s house in Baghdad stood across the river from Saddam’s palace and my great-aunt, who I’d met as a child, was guarding the house for us. Alone, an elderly woman was waiting for the great bombs of the West to fall on her city. I felt helpless to stop them. Writing was the only thing that made me feel less helpless; it was steadying. I found myself taking notes any time I was talking to anyone about the war. I realized then that I needed to tell my great-aunt’s story, and the story of my father’s family, just to have on record what really happened to individual human beings inside this great catastrophe. If we don’t know the stories of ordinary human beings, we know nothing about a country or an event. I’d never been able to see through war propaganda before, but when I saw how we were all manipulated into perceiving an enemy, I vowed to do my small part in telling Iraqis’ stories.

You are the winner of the Canadian George Ryga Award for Social Awareness in Literature, in 2008 so how did it feel to win this?

It was a great honour, because George Ryga dedicated his writing life to telling stories about people and experiences that had become stereotypes, in his case, the First Nations people of Canada. He wrote for the voiceless who could not tell their own stories. He said, “People who have been forgotten are not forgetting” which is a sentiment I believe in. Wars do not come out of nowhere, but from injustice and marginalization. To have a prize that exists just to focus attention on books that create social awareness of marginalised groups or experiences is a wonderful thing, and to win that prize was a great confirmation of what I had attempted to do with my book. I felt honoured to have my name beside his.
How much has your Masters degree in English Literature helped you to write this book?

Absolutely none! I had to undo everything I’d learned about academic writing in order to write it! That is not to say that a Masters in English Literature is not an essential thing for a creative writer to have, because one learns how to read and understand the depth and complexity of the history of literature. But to write, you cannot analyse, you have to start again as it were, and write from the heart, directly and with sincerity of purpose, you have to tell a story, not explain a story. And so in the writing itself, it did not really help one bit to have that skill.

Who are your favourite reads after studying English Literature?

I love Irene Nemirovsky, Elena Ferrante, Violette Le Duc, but I didn’t study any of these writers. Maybe that is why I love them! They all share an intensity of realist description, shot with beauty, that often depict, war, violence or conflict, but manage to evoke characters that live for me. I’m inspired by the way they can create intense emotion in the reader through their narration. I love clear precise writing with little artifice to distract the reader from the story. I did study Virginia Woolf, and twenty years later she is still my favourite writer. Her brilliant essay “Three Guineas” still gives me goosebumps today, when she writes of the need to crush the “Dictator(s)” in our own society, before deciding to go to war against them in other countries. We need to improve our own society as much as that of the places we feel morally superior to.

I’m writing a historical novel, presently titled Arabs, You Arabs, set in Baghdad and London in 1926 during the occupation of Iraq by the British. It concerns some real historical figures, an archaeologist, a female politician, British spies, army war artists as well as fictional characters. I’m building on the research I did for The Orange Trees of Baghdad and trying to find ways to express the positive impact of West on East as well as the more obvious negative aspects. I never like to say too much ‘til the first draft is complete.

THE ORANGE TREES OF BAGHDAD by Leilah Nadir is published by Simply Read Books on 13th March (£10.99).