Crime and passion: my favourite crime writers by Lucienne Boyce

Lucienne Boyce writes a piece for Female First upon the release of her new book Death Makes No Distinction.

There are many crime writers whose books I enjoy. Their works range from classics like Wilkie Collins’s The Woman in White, or The Moonstone (which is often described as the “first” detective story), Arthur Conan Doyle’s Sherlock Holmes stories, and Robert Louis Stevenson’s Dr Jekyll and Mr Hyde. 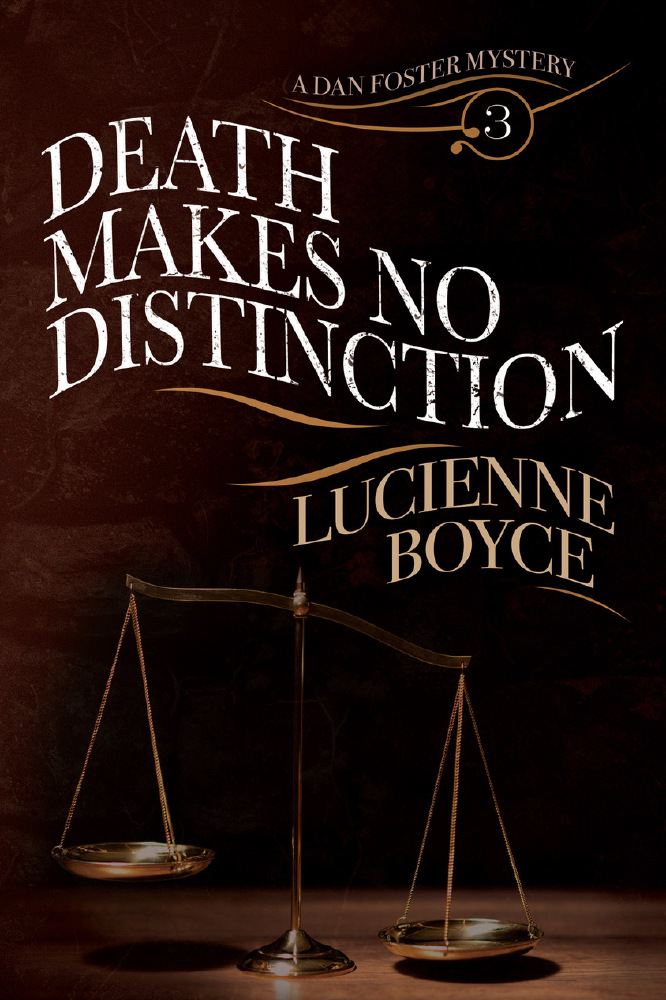 But there’s one crime writer whose work I come back to over and over again: Dorothy L Sayers (1893-1957), author of the Lord Peter Wimsey Mysteries.

Hang on, I can hear you saying. Isn’t she always saying that she’s not interested in aristos and kings? That her own historical novels (The Dan Foster Mysteries) are more about commoners than royalty, that they are stories of the ‘ordinary’ people history often ignores, rather than the rich and powerful? So how can she be a fan of that wealthy, aristocratic, Oxford-educated toff, Lord Peter Wimsey?

Well, yes, it surprises me sometimes. But the fact is, I am a fan and there’s one very strong reason for that. The thing that really attracts me to a crime story – to any story for that matter – is character. And, given the public’s continuing fondness for detectives like Poirot, Miss Marple and Sherlock Holmes, I suspect it’s something that many readers will identify with.

Of course, I like an ingenious plot as much as the next reader. I also want books to be well written, atmospheric, and have interesting settings. But once all these things are in place, it’s really the characters that intrigue me. And I think Lord Peter Wimsey is a very good character. Yes, he’s wealthy, but he’s also intelligent, conscientious, and courageous. He’s suffered and survived. He’s sensitive. He’s stylish.

Above all, he’s in love with Harriet Vane, and if that doesn’t prove he’s a decent sort I don’t know what does. Harriet Vane is one of my fictional heroines. She’s a writer, one of the first women to receive an Oxford education, she’s independent, unconventional, and well able to look after herself. She’s uncompromising, and even when she’s on trial for the murder of her lover she refuses to give in to the sexual double standard and apologise for having lived with him (Strong Poison). She thinks nothing of setting off on a hiking holiday on her own, and even takes finding a corpse in her stride (Have His Carcase).

And in Gaudy Night, she turns sleuth herself and has to unravel a host of clues, confront plenty of suspects, and face physical danger. In this book, my favourite of the Lord Peter Wimsey novels, Sayers grapples with some important questions – how can Harriet and Lord Peter have an equal relationship when he’s got more money and status than her (gender pay gap sound familiar?); what place should work have in Harriet’s life; how can she fulfil her potential as a writer? It’s all done, what’s more, in an entirely female setting.

True, Harriet doesn’t have to negotiate who’s going to do the housework and most of the childcare, as they’ll have plenty of servants to see to all that. Even so, Gaudy Night does expose some cosy class assumptions, as well as ask questions about the place work has in a woman’s life. It’s also a wonderful crime story – and there’s not a single murder. In a crime fiction market dominated by male detectives on the trail of brutal killers, with Gaudy Night Sayers was really turning the genre on its head. You could say her book still does.

Death Makes No Distinction by Lucienne Boyce (SilverWood Books) is available now at all good bookshops and Amazon. www.lucienneboyce.com