Manley Hopkinson writes a piece for Female First upon the release of his new book Compassionate Leadership.

My expedition to the Magnetic North Pole – The Polar Race – was the first race to any Pole where the competitors were to start at the same time in the same place. I had been downhill skiing for many years; on piste, off piste... (sometimes deliberately) and plenty of after piste of course. However, cross country skiing was something altogether new. I teamed up with two ex-Royal Marines – Britain’s elite fighting force whose values of Courage, Unity, Determination, Adaptability, Unselfishness, Humility, Cheerfulness, Professional Standards, Fortitude and Commando Humour (!!) when linked with an iron will to win, great fitness and discipline make a formidable capability. 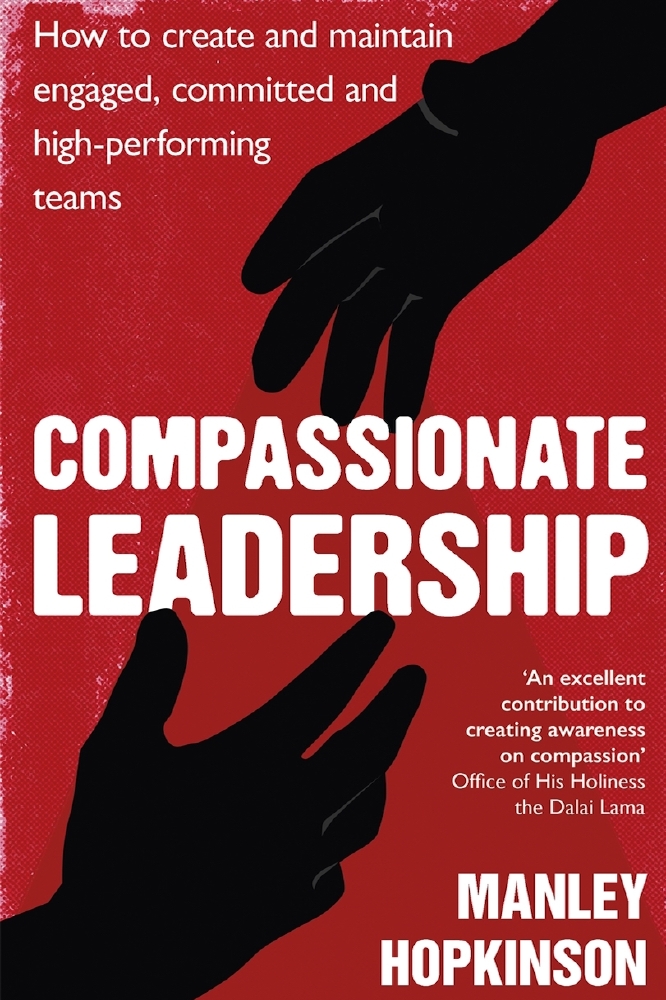 We trained, we prepared, we planned, we got it wrong, we got it right, it was all starting to come together. Chris and Phil managed a weekend in Scotland, then, as a team we trained in the French Alps and lastly in Norway.

The whole story of that race is a book in itself. It was magical. I loved it. It was all I had hoped it would be. We encountered Polar Bears; a couple of skirmishes as we resolved the difference in perception of where we both stood on the food chain, but they were resolved without bloodshed! It was cold, it was tough and it was relentless, but we did ... win!

And we did it in style. A blistering pace averaging over 35 miles a day with an elapsed time of 10 days and 9 hours!

When I tell this story I put our success down to a couple of factors. Luck and Ignorance!

Luck. You always need some luck. We were lucky with the weather, only one really bad day in reality and we were lucky with the Polar Bears! And Ignorance; I was ignorant of the level of pain I should be in and the Royal Marines did not seem to feel pain, so I thought this was normal!

But, the real difference, the bits that enabled us to us our strength and determination to effect, were our “discipline” and our “challenge”! The key element to our success was “internal discipline” with a secondary philosophy of “challenge everything”. To deliver extraordinary results, no matter in what field, requires these two over-arching elements.

Internal Discipline means being totally aware of all your actions, your mental state and thinking and the impact on the others around you and being disciplined to ensure that all thought and actions remain focused on delivering high performance. This primary thinking creates the secondary thinking of “challenge everything”; is the traditional way of getting something done actually the best way of completing it? If it isn’t, then change it. Just because it has been done that way does not mean it always must be done that way. Be disciplined enough to challenge success as well as failure.

For us on our race to the Magnetic North Pole the external manifestation of our discipline became a constant reminder to ourselves and a statement to the rest of the World. And allowed us to challenge even the sun and the stars – time itself! We didn’t actually run a 24-hour day. We created a 20-hour day. Fortunately for us the sun never set, it was bouncing along the horizon all day and all night long so we were free to choose the number of hours in the day to suit us. We chose 20-hours because it was a more effective physiological and psychological tempo for the mind and body. 20-hour days meant we didn’t rest too long. Too long a rest and our blood sugar levels would drop too much through fasting, our muscles would cramp, seize and potentially atrophy (our bodies would eat into our own muscles in its attempt to rebalance energy stores). Neither would we march for too long with our 20-hour day. There is a limit of how much you can actually eat or your body process; the longer we marched, the greater the imbalance between energy in and energy out . Even with consuming 8500 calories per day we were losing weight fast, if we marched too long it would have the impact of our bodies having to eat their own muscle groups and use up muscular carbohydrates and fats so quickly that we couldn’t replace them. A 24-hour day would not work, we had to “challenge”. So we did!

Given all of this psychological and physiological knowledge, 20-hours made sense. We split up our 20-hour day into the following structure:

2 hours of cooking, melting ice for water, personal administration (and there’s enormous discipline needed around that as well)!

1 hour for breakfast, melt more ice, sort our kit out before... (back to the top)

To me, success and achievement is all about “internal discipline”, whether it is during an expedition to the North Pole or during a weekly progress meeting, - no matter, without this all else becomes meaningless and ineffective Manley Hopkinson is the founder of The Compassionate Leadership Academy, author of Compassionate Leadership and a sought-after keynote speaker.

RELATED: What does it mean to dream about a polar bear?

If the bear was being aggressive towards you or someone else then you may find yourself in a fight with a friend or family member in the near future. An attack is also your unconscious telling you to act with caution, so be careful who you trust... to read more click HERE