Seven things I'd like my readers to know about me by R. B. Lemberg

R. B. Lemberg writes a piece for Female First upon the release of his new book The Four Profound Weaves. 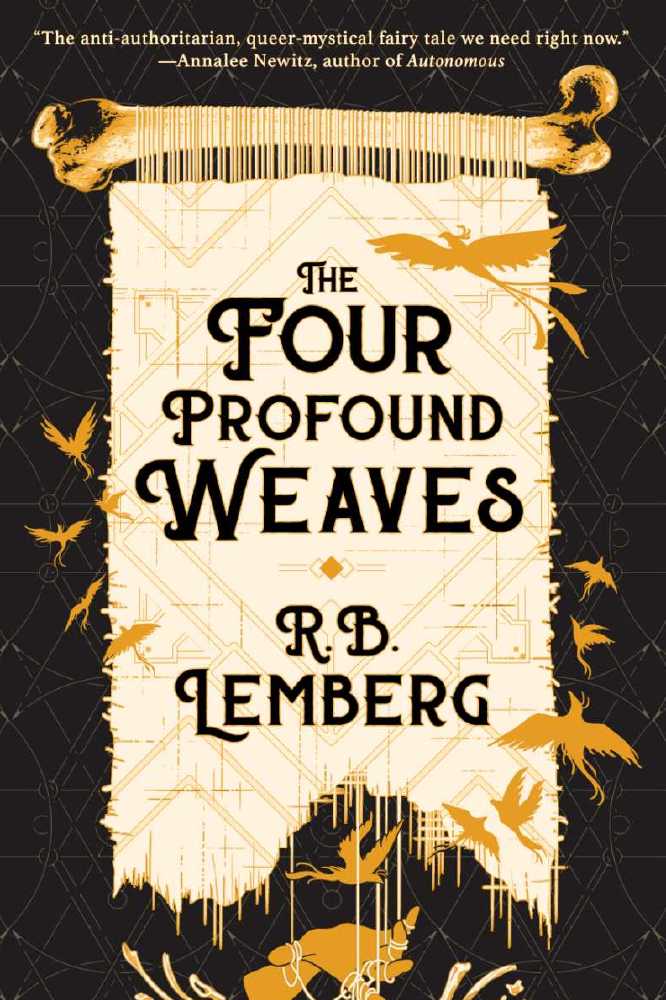 2. I am an immigrant now living in the US. I lived on three different continents. I write about wanderlust in my book because I am forever torn between the need to wander and the desire to stay in one place and be rooted in landscape and weather. Writing helps me wander even when I cannot leave the house.

3. I am a linguist. As a child, I dreamt of waking up knowing ten languages. I would lie in bed and fold my fingers, counting all the languages that I would know. As a teen, I got into medieval and ancient languages, and studied as many of them as I could in college. As a graduate student at UC Berkeley, I dithered forever between medieval and modern topics, finally settling on modern (I study multilingualism, as well as gender). One of my fantasy novels in progress is about a linguist. I hope to finish it one day.

4. I love the arts. Fiber arts are at the heart of The Four Profound Weaves. Like one of its protagonists, Uiziya, I once had a child-sized loom upon which I made child-sized weaves. Unlike Uiziya, I left my loom behind when my family immigrated, and never had a loom again. I love the book arts – letterpress and linocuts and bookbinding. And I love art glass. Glassmakers are magicians.

5. Because I came from an anti-LGBTQIA+ cultural environment, I was closeted until somewhat later in life. When I came as queer and bigender, my life changed for the better.

6. My friends are wonderful, and you should read their books. My spouseperson Bogi Takács just won the Hugo award, and you should get their anthologies Transcendent 2, Transcendent 3, and Transcendent 4. They also have an awesome collection of short stories, the Trans Space Octopus Congregation. You should read Max Gladstone and Amal El-Mohtar’s This is How You Lose the Time War, which also just won the Hugo, and also the Nebula and the Locus awards. Rivers Solomon is a tremendous talent, and I hope you check out their books The Unkindness of Ghosts and The Deep. JY Yang has a series of silkpunk novellas with nonbinary protagonists called the Tensorate series, which I enthusiastically recommend. Kate Elliott is a classic and also a wonderful person. Her newest book The Unconquerable Sun is “gender-spun Alexander the Great in space,” and you cannot go wrong with that.

7. There is a language in all things. We need only to listen.