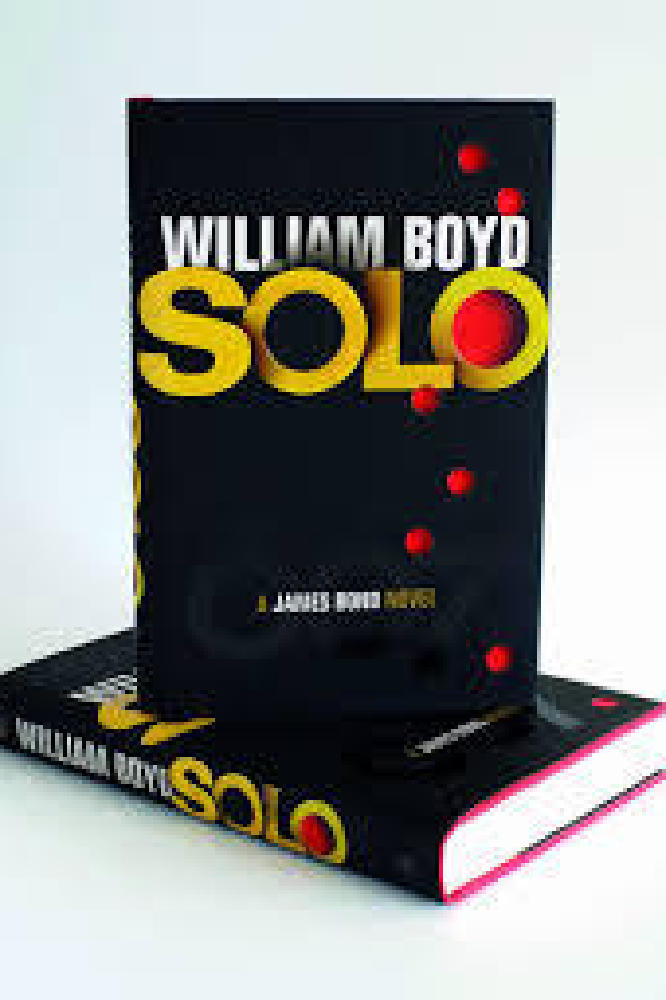 As the book sleeve says “It is 1969 and James Bond is about to go solo, recklessly motivated by revenge.  A seasoned veteran of the (secret) service, 007 is sent to single-handedly stop a civil war in the small West African nation of Zanzarim. Aided by a beautiful accomplice and hindered by the local militia, he undergoes a scarring experience which compels him to ignore M’s orders in pursuit of his own brand of justice.  Bond’s renegade action leads him to Washington, D.C., where he discovers a web of geopolitical intrigue and witnesses fresh horrors.  Even if Bond succeeds in exacting his revenge, a man with two faces will come to stalk his every waking moment.”

As an avid fan of both Ian Fleming’s iconic novels, and indeed the movie franchise, I admire someone willing to take on the mantle of writing a James Bond story as expectations are always high.  A seasoned writer such as William Boyd is a very good choice and I found his style very easy to read and enjoy. Having been born in Ghana in 1952 and spending much of his early life in West Africa, it is not surprising that most of the action takes place in Zanzarim which although fictitious he describes in believable detail capturing the essence of the location very well.

A challenge for any writer of Bond novels is do they play it safe or go for something completely different.  As the book is set in 1969 and follows on from the last Ian Fleming novel, the task must be easier than, for example “bringing up to date” and transposing him into the contemporary scene.  In this respect I enjoyed Devil May Care more than Carte Blanche. Also, there is the inevitable comparison with the Bond movies which as we all know increasingly moved away from the Bond stories into fantasy land – the dark and troubled Bond of the books bearing little resemblance to the character on screen. Having said that, Sean Connery, Timothy Dalton and latterly Daniel Craig do a very good interpretation in my opinion.

So does Solo capture the flavour of the late sixties? Yes, and the writer makes sufficient references to the products, culture and fashion of the time to make it believable.  All the usual Bond features are there; the fast cars, the knowledge of weaponry, gorgeous women, fine dining, the drinks, the killer instincts etc.  Unlike so many of the Bond novels, however, there is a curious lack of reference to the Cold War but the plot is grounded in the reality of the times nevertheless.  The characters are what you would expect.  How many Bond villains have a facial deformity or disfigurement?  As too many of them seem to have it must make Bond’s job that bit easier?

How does it work as a Bond novel?  In the most part very well.  Once I got into it I found it difficult to put it down until I reached the end.  Does Mr Boyd play it safe? Well, yes.  It was a respectful book in that it did not break any new ground with the main characters.  The relationship between M and Bond was very familiar.  What did it lack?  Well again being a Bond film enthusiast, the 1969 movie was “On Her Majesty’s Secret Service” starring George Lazonby.  Much maligned at the time of its release, it now is seen by some Bond aficionados as a classic, primarily because it stuck so close to the Ian Fleming book.  I know comparisons are odious but I would rather read OHMSS again than tackle Solo for a second time.  Why?  Because despite Mr Boyd’s commendable effort, it lacked the sensuousness and, to put it bluntly, the quirkiness and flare of the zenith of the Fleming era.

Would I recommend it?  Yes, of course I would. It’s a James Bond novel set where it should be chronologically speaking.  The verdict?  I was, pardon the pun, shaken but not stirred!