Six things I'd like readers to know about my novel Matilda Windsor Is Coming Home, by Anne Goodwin

"I wanted to give a voice to the voiceless and make the invisible, visible." 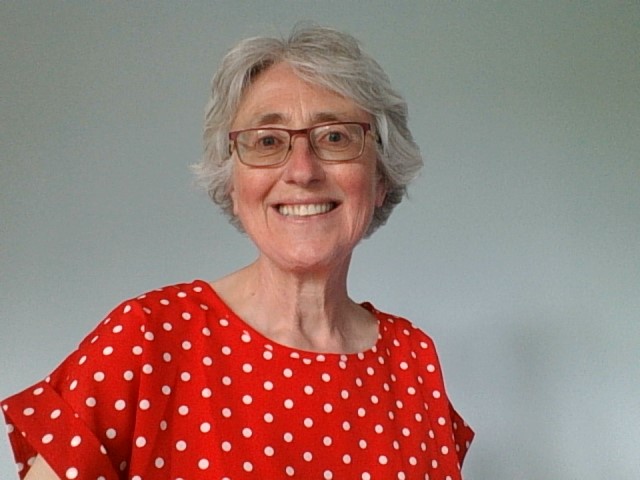 To celebrate the release of her new book Matilda Windsor Is Coming Home, we asked author Anne Goodwin to let us in on what the novel is all about, including some surprising personal facts about her herself! Here's what she had to say...

Matilda Windsor Is Coming Home is about a brother and sister separated for 50 years and the idealistic young social worker who tries to reunite them. Will truth prevail over bigotry, or will the buried secret keep family apart?

1. It's inspired by my own work in a long-stay psychiatric hospital.

Matilda Windsor Is Coming Home is set in the dying days of the old asylums where I worked as a clinical psychologist in the 1980s and 90s. The novel provides a rare insight into the weird world of inpatient mental health services.

2. I wanted to give a voice to the voiceless and make the invisible, visible.

In the early part of the 20th century, thousands of people languished in the long-stay hospitals, ignored by wider society and often forgotten by family and friends. The institutions started opening up from the 1950s and 60s, but only for the less disabled patients. In my novel, I wanted to honour those who kept their personalities, despite psychotic experiences, the deadening effect of major tranquillisers and a stultifying regime. That’s why I made a long-term patient, Matty, my main character.

3. Matty will tug at your heartstrings.

Matty is my favourite character, not only in this novel, but across all my fiction. But I couldn’t be sure that readers would warm to her in the same way. Fortunately, I’ve had a lovely feedback about her character. Readers take her into the hearts, feel indignant at the injustice she’s suffered and want to protect her from further harm. She’s an antidote to the stigma still too often associated with mental ill-health.

4. The reader knows more than the characters about what's going on.

There are two other point-of-view characters alongside Matty. Henry is a local-government employee approaching retirement who’s put his life on hold awaiting his sister’s promised return.

Janice is a newly-qualified social worker who wants to set the world to rights but is blind to her own limitations.

Each of the three main characters has a piece of a jigsaw but they’re trapped within their own assumptions and can’t bring the pieces together. The reader has the overview, which gradually becomes clearer, and more shocking; they keep turning the pages hoping the characters will catch up.

Matty’s eccentricity adds humour to the novel, but I didn’t want that to dilute the tragedy of her situation. However, over various drafts, I realised the novel could be funnier, but also more honest, by exposing the madness of the supposedly sane. I gave the most damaging ‘delusions’ to the characters who didn’t have a psychiatric diagnosis, including the man convinced he’s due for a promotion when summoned for a meeting with his boss. There’s also humour in the rivalry between the mental health professionals and in the inefficiency of meetings both within the hospital and outside.

6. It depends what you mean by home.

Is home where we feel most comfortable, or where we spend most of our time? Does it mean different things to different people at different stages of our lives?

Matty has spent fifty years in Ghyllside hospital but, with few possessions and little personal space, it’s not the kind of home any of the staff would choose for themselves. Yet, in her head, she’s a society hostess and the grand building is her family’s stately home. Henry lives alone in the house where he was born in almost sixty years earlier, but it doesn’t feel homely without his sister, whom he hasn’t seen since he was young boy. Janice, in her early twenties, has her own flat, but she still thinks of the house she grew up in, and the one she shared with friends as a student, as her real homes.

MORE FROM BOOKS: Things I have learned on this writing journey of mine, by Sandy Taylor