W. Brad Johnson and David G Smith write a piece for Female First upon the release of their new book Good Guys. 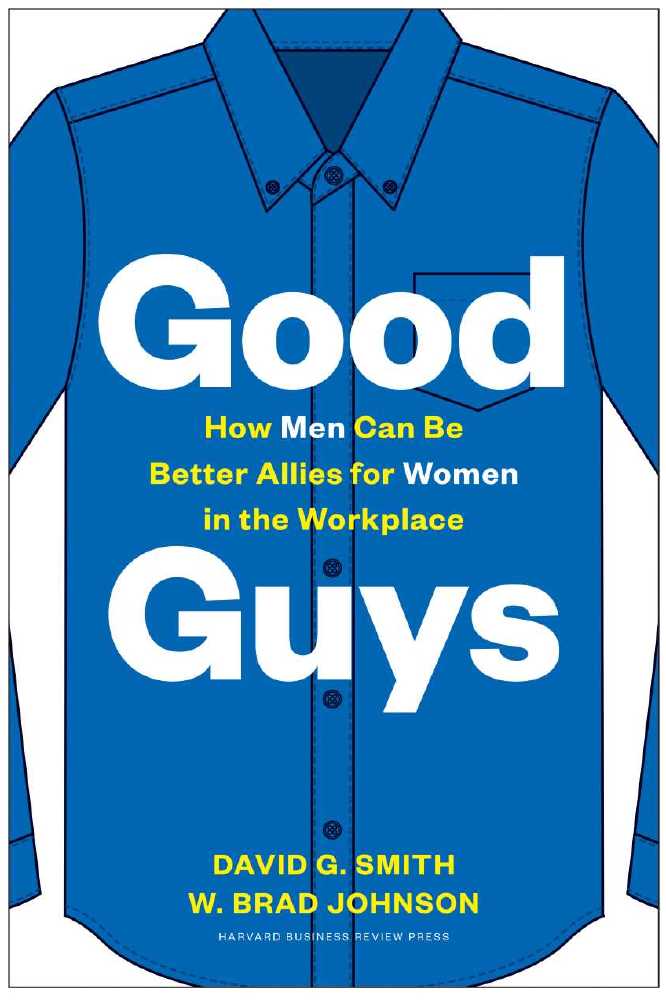 For far too long, men have ignored, accepted, or even worse, knowingly contributed to a workplace culture that disadvantages women. Yet we do this at our own expense as it reduces family financial stability, company profitability and national GDP.

Around the water cooler and in front of the boss, lots of men talk a good game when it comes to supporting women and leveling the playing field at work. However, fewer men take meaningful action to fix the broken system that perpetuates barriers to women’s full success. To be real allies, men have to develop awareness of women’s work experiences, understand how they can show up as allies for women in the workplace, and take public action to call out and disrupt the status quo—you can’t fix what you can’t see! The research for our new book, Good Guys, provides actionable strategies in typical workplace settings that men can be more deliberate and purposeful in demonstrating their ally mojo.

Here are three sure-fire actions men can do today to be better allies for women:

When you see something, say something. The hard part of being an ally is publicly taking action when you see or hear something biased or sexist. Men can be worried that it’s not their place, that they’ll make a mistake, or worse yet, be hit with the “wimp penalty” and lose their “man card” if they speak up. However, when men speak up, they aren’t penalized. It validates women’s experiences and also the other men in the room who felt the same way—yep, most dudes don’t buy into sexism. It might be uncomfortable at first, but most courageous actions are a bit uncomfortable.

Be a deliberate advocate and sponsor for women. Leverage your social capital and sponsor talented women by sharing opportunities, making valuable introductions, and creating visibility for her work. This requires a full-on commitment to publicly and persistently advocate for a woman’s next opportunity for advancement or promotion. Start by doing an honest, soul-searching audit and ask yourself if you are boldly sponsoring some high-potential employees and do they all look like me?

Do the dishes. Paid work will never be equal until men show up as allies at home first. Do your fair share of household labor, childcare, and homeschooling. Don’t stop there, do your fair share of the cognitive and emotional labor that involves planning meals, keeping lists, coordinating schedules, and organizing family events. Commit to fully supporting your partner’s career and deliberately role model all-in allyship for your sons and daughters so that they enter the job market and relationships with an expectation for inclusive gender roles for work and family.

At work, be transparent about family obligations and priorities. Men are often reluctant to “leave loudly” when they have a family commitment, slinking out the side door instead of publicly sharing their role in caregiving and unpaid domestic work. Being transparent about these family responsibilities that we all have normalizes and removes stigma associated with caregiving. Take your full parental leave, sick leave and request flexible work arrangements that support your partner’s career and family needs. When men fully embrace these benefits, there will no longer be a motherhood penalty for women.

David G. Smith, PhD, is a professor of sociology in the College of Leadership and Ethics at the United States Naval War College. He is the coauthor of Athena Rising: How and Why Men Should Mentor Women. His next book, coauthored with W. Brad Johnson, is Good Guys: How Men Can Be Better Allies for Women in the Workplace, forthcoming in 2020.

W. Brad Johnson, PhD, is a professor of psychology in the Department of Leadership, Ethics, and Law at the United States Naval Academy and a faculty associate in the Graduate School at Johns Hopkins University. He is the coauthor of Athena Rising: How and Why Men Should Mentor Women, The Elements of Mentoring, and other books on mentorship. His next book, coauthored with David G. Smith, is Good Guys: How Men Can Be Better Allies for Women in the Workplace, forthcoming in 2020.