"The girls are starting to talk about it now at training and we’re forming little rivalries with each other across the teams, and I think that’s going to be really exciting..." 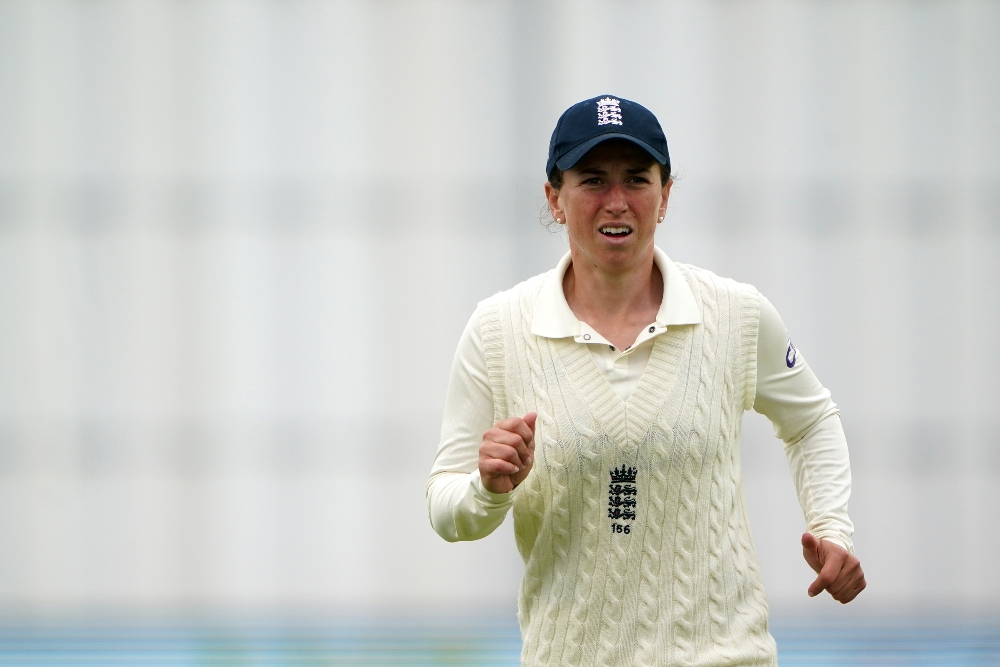 The covers on a completely new form of cricket, The Hundred, have finally been taken off and Birmingham Phoenix player, Georgia Elwiss, couldn't wait to get the competition started.

After its inaugural season was postponed last year due to Covid-19, the 100 balls per innings game is kicking off on July 21 and it includes eight men and women’s teams across England and Wales.

Elwiss hopes that cricket fans will stay with the game despite this new tournament because at its core it is still a cricket competition, but she also wants it to attract new fans as she thinks it’ll be a great family day out.

England All-Rounder Elwiss revealed that she’s looking forward to seeing what tactics the teams are going to use throughout the tournament and gave her advice for women and girls who might want to try out cricket off the back of The Hundred.

How does it feel to be part of a brand-new cricket competition in the form the Hundred?

It’s super exciting, I was really looking forward to it last year and unfortunately, we didn’t quite get on the park but this is the first time today that I’ve had the kit on, seen it in the flesh and it really feels today like it’s starting. The girls are starting to talk about it now at training and we’re forming little rivalries with each other across the teams, and I think that’s going to be really exciting.

What are your thoughts on the 100 balls per innings format?

It is different, it’s going to be different but at the same time it’s still cricket and we’ve played a couple of pilot games to try it out and I think it’s going to be really interesting this summer. I think there’s going to be some good tactics coming into play and batters trying to stay on strike for as long as they can with the 10 ball overs. You’re going to see some captains probably scratching their heads at times thinking what to do but at the same time it’s cricket and we want to be putting on a show and making it exciting for all those people that are coming to watch so we’re still looking to hit sixes and fours and we’re still looking to steam in and take wickets. So, the skeleton of the game, it’s still cricket, but it’s just going to have this fun, exciting, vibrant twist to it which is going to be really cool.

Do you think The Hundred will be good for the women’s side of the game in terms of getting more coverage and exposure?

I really hope so, I think we need to put women’s cricket out there and we need to get it in the shop window, and we need to get more people watching it. So, to have a competition which is run alongside the men’s competition, it’s really got a feel of one club, so playing for the Birmingham Phoenix you’re supporting the men’s team and the women’s team which is really nice to see. And hopefully we can get people down supporting us as one club and not just coming to watch the men’s game but coming to watch the women’s game as well. It’s a day out for the family as a whole and I think that can only be a good thing for women’s cricket.

Hopefully over the course of the summer we’ll get the opportunity to pick the brains of some of the guys and talk to them, train with them maybe and see how they go about their cricket and I think for us as athletes that’s going to be super cool but also, I think for the fans as well, they’ll get that real sense of it being one club and one club to support.

What do you think fans will think of the new competition and do you think it’ll attract a different fan base?

I really hope so, I really hope that cricket fans are going to get behind it because it is still cricket, it’s just cricket with a twist and I think as players we’re super excited to play it. We know that the ECB have put a lot of time and effort into this competition and it’s down to us as players to really show how much fun it can be to be playing cricket. That’s what it’s all about, you see that each team’s going to have a host DJ now so there’s going to be lots of music in the crowd and I really hope that fans come down and have a watch and have a really great day out and as much as it is about the cricket it’s about that experience and it’s about that whole day of being there and supporting your team. And it’s something a little bit different which is always nice and it’s always exciting.

How are you liking being on the Birmingham Phoenix team?

I’ve got to say it’s going well, haven’t I?! I am, I think we’ve got a really good mix in our squad, we’ve got a lot of all-rounders, we’ve got a lot of really good fielders and I think that fielding is going to be a vital part of the competition this summer. We haven’t been together as a group as yet as Birmingham Phoenix, but I know all the girls from playing with or against them over the last couple of years and I don’t think it’ll take us too long to gel together as a squad.

We’ve got a lot of experience in there, blended with youth which I guess is the perfect mix and I think the overriding feeling amongst everybody talking about it now is that of excitement and also nervous of the unknown but the overriding feeling is that of excitement to just get out there and play some cricket because it’s been a long time and especially if we can welcome fans back in it as well. The lift that that gives you as a player, you can’t explain it, it’s like having extra people on your team and we’re really looking forward to it.

How did you get involved in cricket in the first place?

My grandparents are massive, massive cricket fans and I’ve got an older brother, so I basically just used to play whatever sport he did, and cricket was one of those that we played quite regularly, and my grandparents used to take me down to Edgbaston as a child and we used to watch the cricket there and do some coaching. I just carried on playing and just found that I was good as the lads were, at that time there wasn’t a women’s club or team, so I just played alongside the lads and I suppose that’s why I got to the level that I got to because I was putting myself out there against the lads all the time and having to be as good as they were.

I think for me it’s really nice to be able to play at Birmingham Phoenix this summer because it almost takes it back to where it all began for me. And I remember those coaching sessions when I was seven or eight years old on the nursery ground at Edgbaston and then to be walking out to the main field at Edgbaston with Birmingham Phoenix is going to be really special.

What would your advice be to women and girls who want to try out cricket but might be hesitant because it’s completely new for them?

I think to explore lots of different options, I obviously played with the lads when I was growing up and when I was younger but there’s loads of women’s teams out there now and I think if you can get along to your local club and just practice as much as you can - enjoy it is the main thing. I know the ball is quite hard and that would put me off as well when I was young, but I think you’ve just got to get really stuck into it. For young girls playing now they can watch their heroes and watch their role models playing the sport and the sky’s the limit for young girls. Now you can make a career out of this and you can travel the world and it is the most amazing job to have to be able to do it. If you want it you’ve got to work super hard, get down to your local club and just show off a little bit. If you’re training with the lads, don’t be scared to go in and have a bowl at them, I mean they’re twice as scared to not get out to you, the lads never want to get out to a girl so just put yourself out there, give it everything you’ve got but the main thing I suppose is just to have fun.

For more information about The Hundred and ticket access visit thehundred.com. 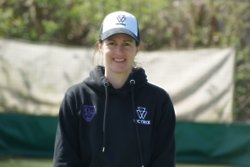 Exclusive: Lydia Greenway on why she created Girls Cricket Club 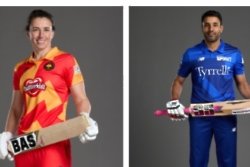 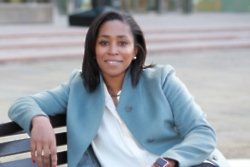