"I stayed at college until I was in my late teens and then, as my racing career took off, I realised I could make a career in motorsport alongside racing..." 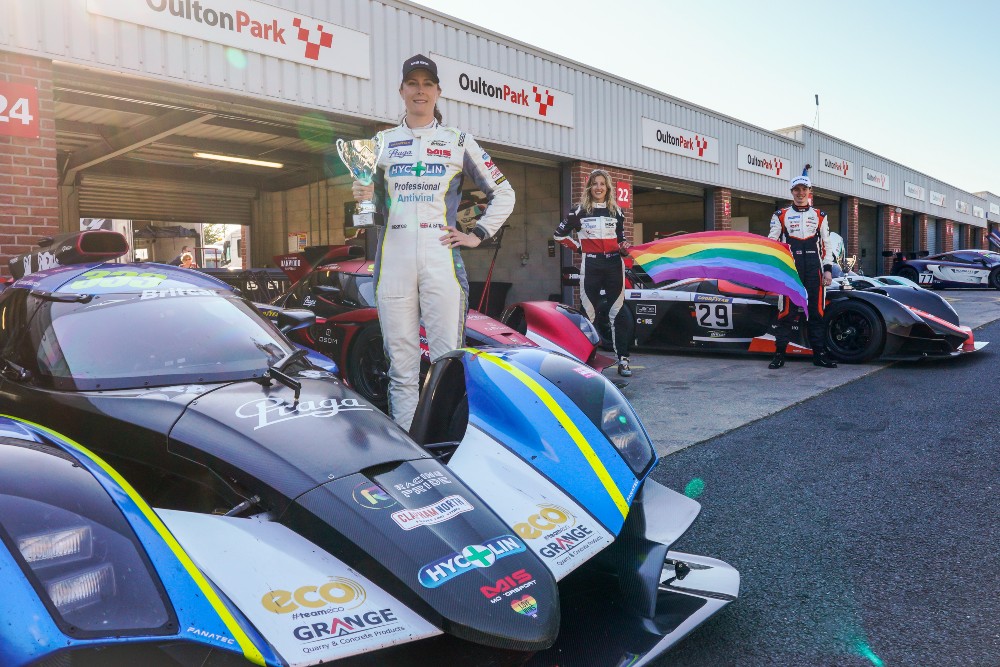 Women in motorsport used to be a rare occurrence as it used to be considered a male dominated industry – but not anymore.

Abbie Eaton, two-time British Champion Racing Driver and test driver on The Grand Tour, was interested in motor racing at a very young age and moved her childhood dream job of being a vet to the side when she started racing.

When lockdown hit, the 29-year-old didn’t have a job because like with many industries, racing stopped, so she turned to delivery driving until Hycolin offered to support her to prepare for the season ahead.

Now she is taking part in the second season of the all-women’s single seater championship W-Series and just appeared on The Grand Tour’s latest episode ‘Lochdown’.

Eaton revealed how she got involved in motorsport, explained what superstitions she has on a race weekend and spoke about why being an ambassador to Racing Pride is important to her.

Q) What piqued your interest in motor racing?

A) My dad has always been involved in motorsport, racing bikes, karts, and cars which meant I pretty much grew up at the race circuits of the UK. I remember watching my dad racing and seeing the excitement on his face, as well as the passion and friendship between all the competitors which really inspired me and made me want to do the same! I guess you could say it was only a matter of time until I was allowed a go myself although it did take a few years of pestering my dad before he let me in a go-kart!

Q) Was it always your plan to focus your career on motorsport?

A) When I was really young, I wanted to be a vet as I love animals. However, once I got stuck into racing, and specifically when I made the move from karts into cars, I knew motorsport was something I wanted to do as a career. I stayed at college until I was in my late teens and then, as my racing career took off, I realised I could make a career in motorsport alongside racing – this was helpful as I could bow out of work easier if I got a last-minute drive somewhere.

Q) In your first year of senior racing in the Production Touring Car Championship you finished second overall, so how did it feel to be that successful that early on in your career?

A) It was a great boost to my confidence, and it helped solidify in my mind that I wanted to make a full career in racing. You always wonder if it’s the sensible thing to do, ‘chasing your dreams’, especially at that age where I could also go to university and study. 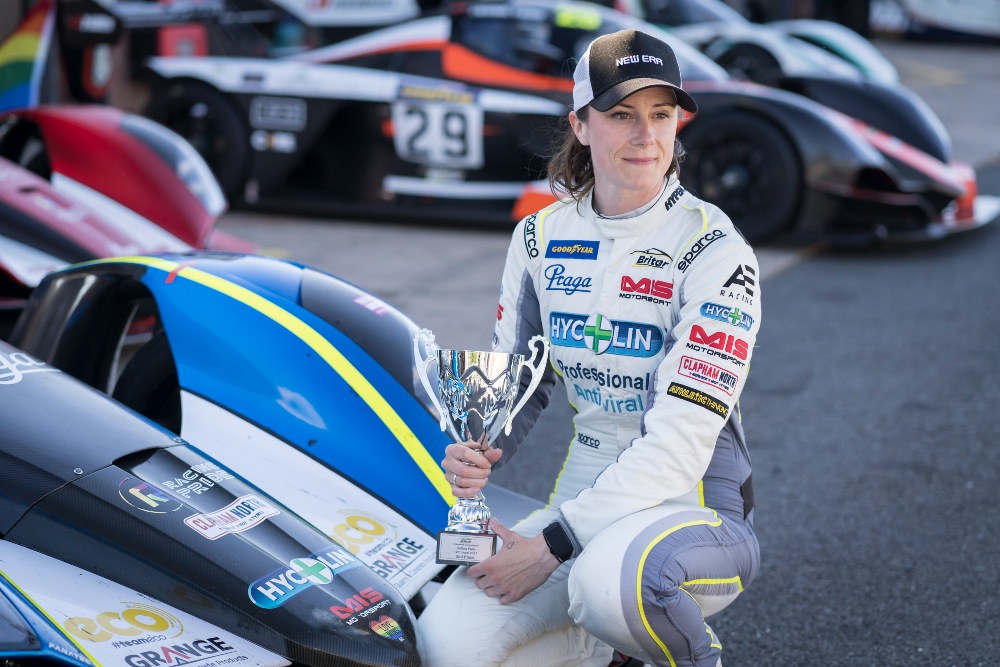 Q) When you win a race, how long does that winning feeling last until you have to focus on the next race?

A) It depends if there’s more than one race in a day! If there is only the one, then you will feel on top of the world until the next morning - and then you get the post-race weekend blues. No matter how well you did the day before, you’ll always be on a ‘come down’ from the adrenaline.

Q) Do you have any superstitions before a race to make you feel more confident?

A) I have one main one that’s a bit silly - whichever toilet I go into first on a race weekend, I have to continue to use that same toilet for the weekend. Sometimes if the weekend isn’t going well, I say sod it to the superstition and choose another toilet hoping it might give me some more luck! Other than that, it’s just the usual routines before getting in car - fitness warm up consisting of getting the blood pumping, reaction tests, muscle engagement and RPR wake up drills.

Q) How did it feel when The Grand Tour approached you to be the test driver?

A) I was excited at the opportunity to be involved in a large production. I grew up watching Jeremy, James and Richard on TV, so I was intrigued to see what they were actually like. What you see is what you get, pretty much, albeit toned down a little. 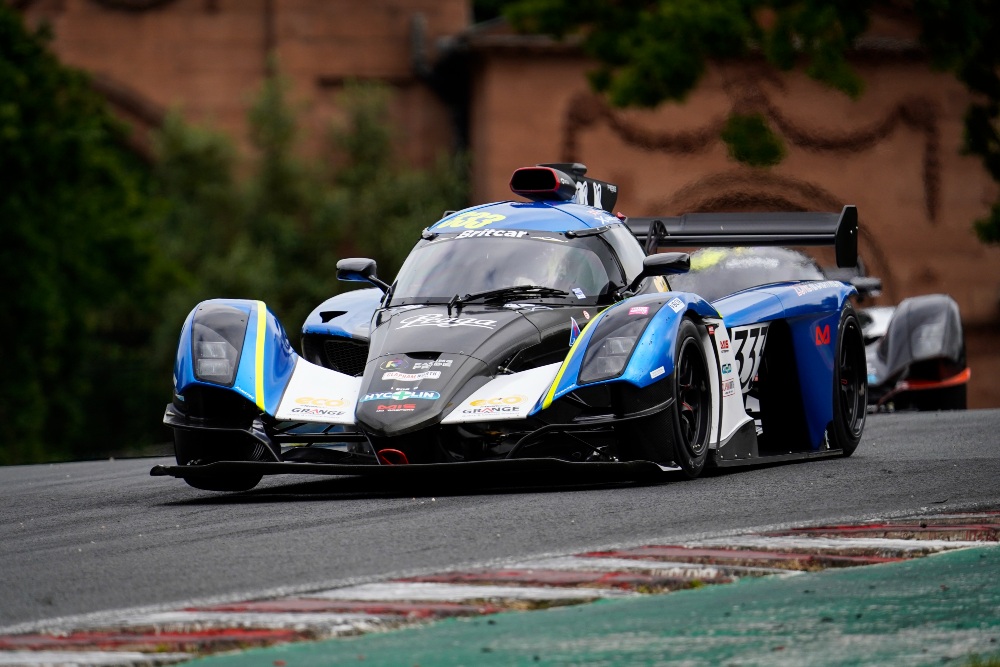 Q) Have you ever felt like you’ve been treated differently because you’re a woman in a male dominated sport?

A) Not particularly. In all sports, whether you are male or female, you have to earn respect - you’re not automatically given it. So, in a new team for example, there will always be a bit of ’second guessing’ each other when there might be an issue - do the team trust you in your diagnosis etc. But once you get a few of those out of the way, you know what you’re dealing with. But I wouldn’t say that’s a solely female thing - all drivers have to go through this.

Q) Do you think motorsport is leading the way in achieving gender equality in sport or does more need to be done to improve this?

A) I think Motorsport in general is trying to push for equality and inclusivity for all walks of life. But there is definitely a global push for gender equality which I think is great - with motorsport being a leader of this push for change by introducing the W Series. W Series is a world’s first fully funded female only single seater championship, and their goal is to give opportunities to women in various ways, including: track time, publicity, a global stage.

Q) You’re a driving ambassador for Racing Pride, could you explain a bit about what the charity is and why it’s important to you?

A) Racing Pride is an organisation that is leading the way in making LGBTQ+ people feel more at ease in the motorsport community through various ways. This includes educating organisations and people on how to be an ‘ally’ to LGBTQ+ people, making it easier for those to feel welcome and potentially, those that might still be uncomfortable in themselves, feel safe enough to ‘come out’. There’s lots of info on how to help/and advice to use on their website www.racingpride.com.

Q) W Series is well underway, so how is the season going so far and how did you prepare for it?

A) W Series was always going to be a learning curve for me, as I’ve never raced in single seaters, and I’ve actually not done a full season of racing since 2016 due to lack of finance. I’m currently a top 10 contender and learning more and more each time I go out on circuit which I’m happy with. My intention was to start in the top 10 and slowly claw my way up the grid, we’ve only had 3 races so far so there is still plenty of time to improve further. 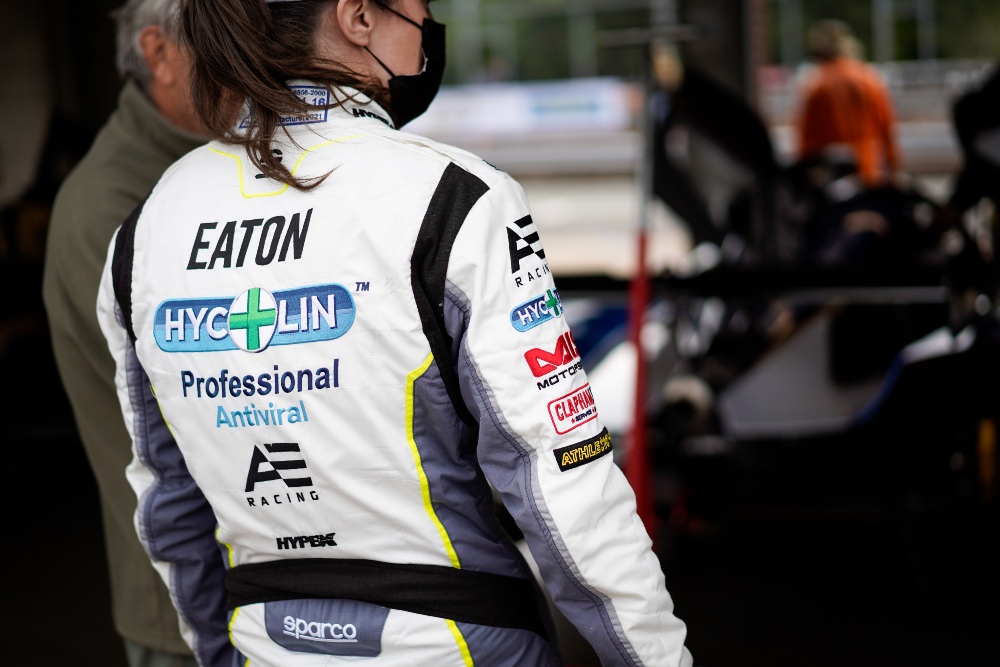 Q) During lockdown you worked as a delivery driver until Hycolin offered you their support, so how did the delivery driving job come about and how did it feel to know that the anti-viral cleaning company wanted to help you out to concentrate on this season?

A) During lockdown my industry ceased to exist, as many others did too, and I found myself with bills to pay, no income, and not a lot to occupy myself - I’d done all the house jobs in the first week! A friend of mine has a logistics company and offered me and a few friends a job driving through the night from a depot in Rugby, to a depot in Dundee a few times a week. I’m not going to lie; it was very tough shift work staying awake through the night - I definitely got sick of listening to music that’s for sure! But was thoroughly thankful for the income. However, it’s not ideal preparation for your body and mind whilst trying to maintain a high level of training, so when Hycolin came onboard to support my pre-season preparations I was absolutely thrilled (and relieved) to get my body clock back to a normal routine! I’ve really enjoyed my journey so far with Hycolin, they certainly make me feel much safer when travelling to and from races and help to make sure all of my kit is fully sanitised before each use. 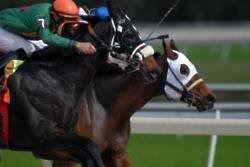 Female Jockeys to Look Out For at the 2021 Cheltenham Festival 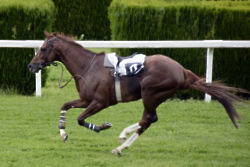 The Summit beats Ecrivain and  Victor Ludorum to first place 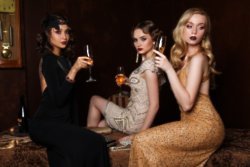 Make your next ladies day a trip to the races