For your chance to win a copy of I Hate Suzie on DVD, just answer one simple question. 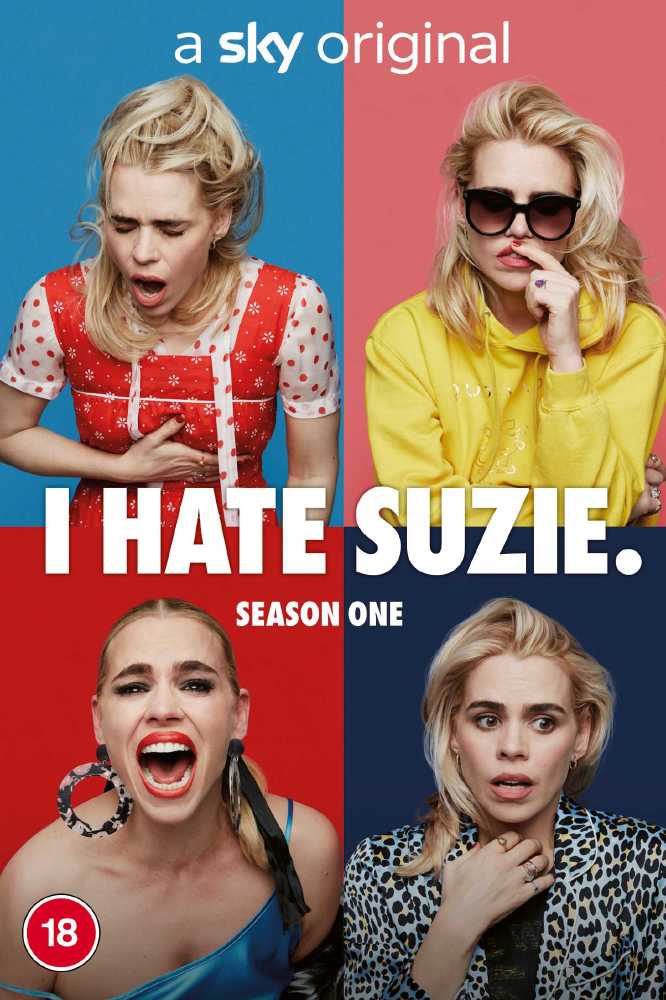 Starring Billie Piper and co-created by Succession writer Lucy Prebble, the gritty and entertaining British comedy drama ranked at No.2 in The Guardian’s ‘50 Best TV Shows of 2020’, I Hate Suzie is available to own on DVD 8 th February 2021 from Universal Pictures Home Entertainment.

I Hate Suzie is a bold, edgy, entertaining drama about that moment in life when the mask slips. Former teen pop star turned actor, Suzie Pickles has her whole life upended when her phone is hacked and compromising photos are leaked online. Aided by her best friend and manager, Naomi, Suzie tries to hold her life, career, and family together in the face of being exposed for who she truly is. But who the hell is that?

The hacked photos send shock waves through Suzie’s career and personal life. Will she keep the role of her career as an ageing Princess in an upcoming Disney movie? Will she keep her job as Molly, a feisty WW2 civilian fighting Nazi Zombies in streaming show, AfterDeath? And will she manage to keep her husband, Cob, and son Frank, once the truth behind the hacked photos is revealed?

Suzie and Naomi go into crisis management mode. The photos aren’t of Suzie at all, they’re fake. The photos are of Suzie but they were taken a long, long time ago.... When no excuses stick, Suzie is forced to own it all and so begins a public shaming and private take down of Suzie.

I Hate Suzie follows Suzie through eight stages, from Shock to Acceptance, as she tries to process the exposure, the trauma and the reflection of herself. What if she just does everything everyone else tells her to like she always has since she was plucked from obscurity to become a short-lived teen pop star? Every step of her life, Suzie has happily worn whatever mask was required of her but when exposure comes this hard and fast, Suzie finds there isn’t anywhere to hide from herself.

I Hate Suzie is available to own on DVD 8th February 2021 from Universal Pictures Home Entertainment.