Conor Drum Discusses His New Show 'All My Friends Are Dead'

Conor Drum tells us about his new show 'All My Friends Are Dead' ahead of the Edinburgh Fringe Festival.

Conor Drum called his show All My Friends Are Dead after all his best friends married and left him the only lonely singleton. He discusses his new show and why there’s a lot of joy to be found in being free and single. 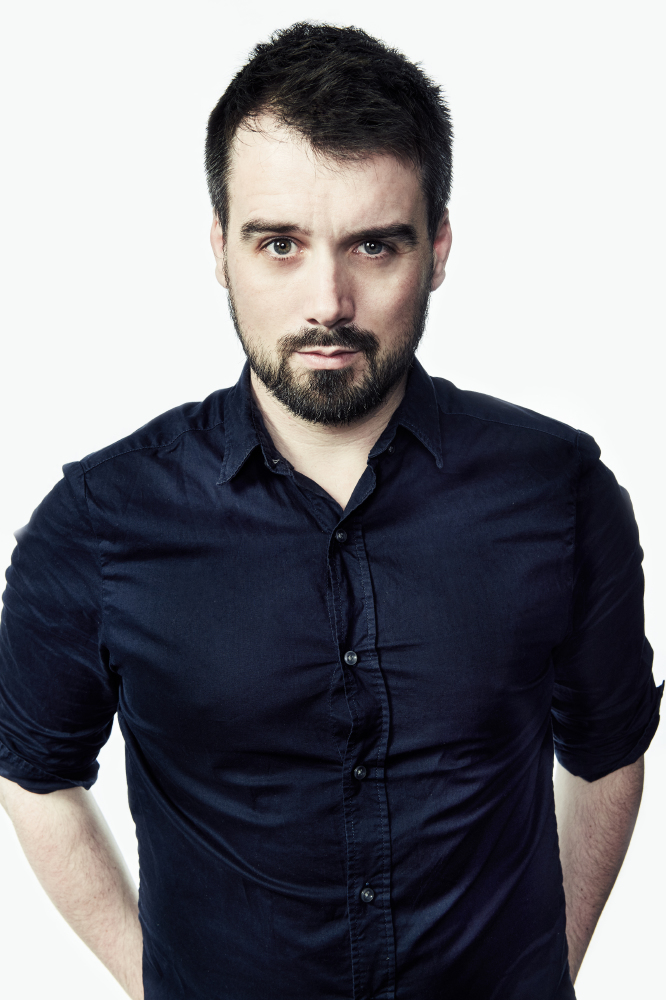 All my friends are dead. Well, not dead. They're married. With kids, mostly. So, in a way, they are dead - to me. While I’m performing at the Edinburgh Fringe this August, they’ll be at home, dealing with midnight feedings, nappy changes and insomnia. I don’t envy them, but maybe I should.

That's the theme for my show at the Edinburgh Fringe this year, and it’s also my reality.

My best friend got hitched last summer and now I am the only single one left. I'm feeling the pressure. Most of my friends work nine to five and I'm pursuing the whole comedy and acting thing. It's coming together, but this is not a conventional lifestyle and normal milestones like marriage, a mortgage and kids are yet to be passed. One day, certainly, I hope I'll be there, but for the moment, I date, I rent and deal with still being a bit of a child myself.

While searching for the positive in this situation, I decided that I would write a show about my predicament. I figure for all the happily married, expectant parents and settled people out there my age, there are still a fair few of us who are yet to make the leap, a lot more than there used to be. And this show is for them.

My friends and I are grazing on different pastures. Life has changed. I have gigs most nights and if a big job comes up at short notice, I can drop everything. I regularly go out socially, without having a specific plan. For my friends, on the other hand, it’s not that simple. For them, social occasions must be planned in advance, with military precision. Fun is no longer taken for granted or seen as important. Today is a good example.

It's 2pm and I’m home from a party. I’m sober and exhausted. I didn’t bleach-it. Sure, it had some of the elements of an all-nighter, like inane music, repetitive conversations, people crying and sporadically soiling themselves. It was a birthday party for my friend Rob’s one-year-old son or daughter, What'stheirface.

I turned up with a gift that Rob’s wife Jane had kindly explained was “not age appropriate”. It was PlayDough. It's safe, salty and delicious –you could put it on toast. I think she was worried about the possible mess. I keep hold of my gift – maybe I could have it as a snack later. Instead, I offer the kid a crisp, new five-pound note, one of the plastic ones. Kids love money. The average child costs almost a quarter of a million pounds to raise in the UK, so that’s definitely not an option for me at the moment. I like kids, I’m just not sure I want to own one yet, and the person I have one with needs to have at least two hundred and fifty grand.

The child, whose name obviously escapes me, immediately put the fiver in its mouth. Jane screamed and, in her panic, dropped a bowl of her famous gazpacho on the floor. Best place for it. I informed her that I had the foresight to run the fiver under a tap before giving it to the child, as I know money can be dirty and I am not a monster. I further explained that even if I hadn’t washed the cash, germs are good for kids' immune systems or something. I’m not sure Jane appreciated my advice and behind what seemed like a somewhat painful smile, she informed me that Rob was outside. I skipped out the sliding door into the back garden. Back gardens are nice, I miss them, but they only really happen when you get married.

Rob is standing over the beginnings of a barbeque. I ask Rob how he is doing and he says he is fine, then corrects himself and says he is great, he is “actually great”.

Rob asks me how my life is going and I say its fine, same old, same old. He says that sounds “amazing”. He enthusiastically asks me if I’m seeing anyone and how dating apps work. I demonstrate Happn for him, one of the creepier apps as it shows you people you have walked past. We spot his next-door neighbour. She looks amazing in the pics. In real life, however, she is more like a stunt double for the movie star dating-app version of herself. I tell Rob this is quite a common occurrence. Then I think to myself, it’s a good analogy for being single when all your friends are married. It looks great in the photos, but the reality can be quite different. As I muse on that thought, Rob eagerly asks me when I last got laid. I sigh and tell him it’s been nearly two months. He says I’m a lucky bastard.

All My Friends Are Dead is on at the Edinburgh Fringe every day at 6pm from August 3rd to the 27th at Bar 50 on Blackfriars Street EH1 1NE.