Ellyn Daniels writes a piece for us upon the release of her new show 'Emotional Terrorism'.

I always hated the idea of a “one-woman show”. Just the term, “one-woman show” made me cringe and feel embarrassed for any woman who would dare to get on a stage and talk about how she was neglected by her mother or date raped or bullied in school for having no tits or other such self-aggrandizing stories. 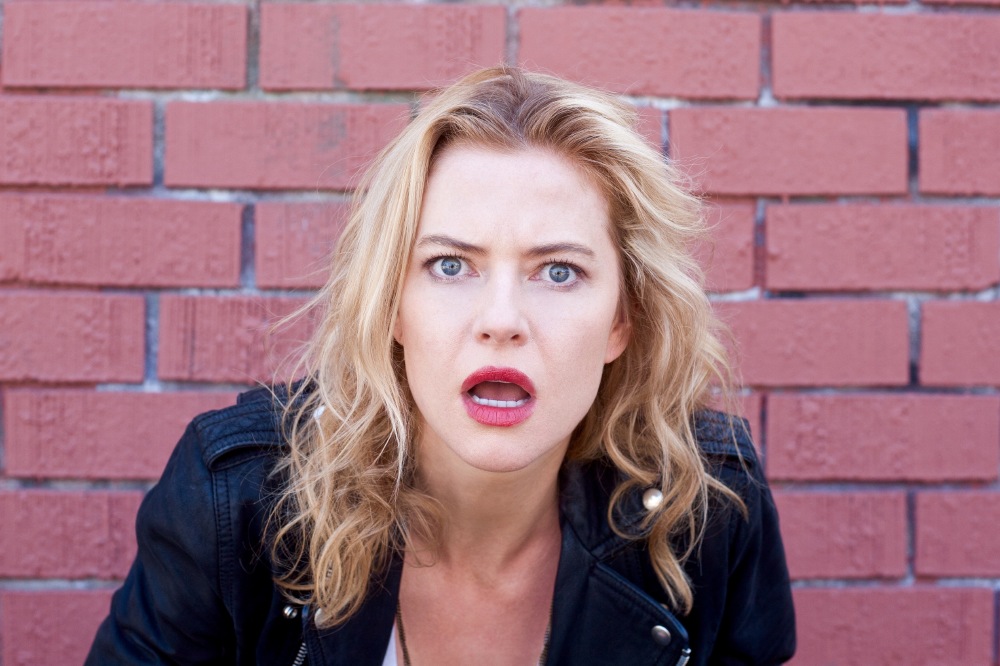 Why would anyone want to hear that? Especially from someone who wasn’t famous. You should be famous before doing a show about your own life, right? Would anyone have gone to see “Wishful Drinking” if Carrie Fisher wasn’t Carrie Fisher? Who were these non-famous people who dared to share their lives intimately and honestly onstage? I never wanted any part of it. I wanted to do straight stand-up comedy and be biting, brash, hilarious and powerful, but never too vulnerable, too sincere, or too honest. Fuck that. People might be annoyed if I did that. They might think I have a delusional sense of self-importance. How dare I think my story might be of interest or benefit to anyone else? I am not relatable. I was born into a life of privilege. I am considered very pretty by modern society’s standards. I have capitalised on that since I was 17. Nobody is going to empathize with my struggles. I should just shut up and try to make it in this business through the channels that the men before me have journeyed. That’s what I thought. Until I met Desmond.

Desmond invited me on his podcast after he’d watched a stand-up show I’d done in a bar in Barcelona online. I’d decided a few months prior that I was tired of being ashamed of who I was and where I’d come from. I wanted to be honest, like Russell Brand was honest. As an experiment in public honesty, I told Desmond true stories and genuine perspectives from the life of Ellyn Daniels. The next day he emailed me saying he’d enjoyed the interview and wondered if I’d ever considered doing a “one woman show” since I’d gone through quite a journey and come out of it a much wiser person and had acquired so many fascinating stories in the process. I’d never considered my life experiences to have been part of a journey that had led to any particular wisdom other than the realisations that I’ve fucked up a lot, people can be dicks and you should seek out 12 step programs of recovery if you’re an alcoholic. But, Desmond thought my stories were hilarious and poignant. He introduced me to the work of Spalding Gray, and I watched with wonder as Spalding did his monologues behind that desk onstage. I got lost in his stories and I marveled at the simplicity with which he told them. I wanted to do that. Maybe Desmond was right! Maybe my stories were interesting. Who knows, maybe some of them would be important to someone. Wouldn’t that be enough of a reason to tell them?

So, I began to write about my life. I began to write about my early adolescent dream of becoming a professional ballet dancer. I wrote about the derailment of that dream as I ventured into the world of modeling. I wrote about how I became bulimic while modeling in Tokyo and how my mother couldn’t help me because she was blinded by her own eating disorder. I wrote about Cosmin, my first boyfriend, 22 years my senior, who knowingly gave me an STI and emotionally abused me in some extremely absurd ways. I wrote about my parent’s obsession with the characters on TV shows and how that drove me to seek fame so I would be valued as much as those characters were valued. I wrote about my desperate search for validation through fame and how it led me to compromise myself, my intelligence and my intuition in the service of something I thought was much greater than me, but I’ve come to realise is merely a mirage in a spiritual wasteland. And by writing my story, I came to know that it does matter, because though I am just one non-famous woman doing a one woman show, I am a human being and every human being who tells her/his story gives license for another to do the same and by sharing our stories with one another we begin to heal our communal pain (and hopefully laugh our asses of at the absurdities of life in the process). Today, I am very grateful for every single woman who has dared to feel important enough to do a “one woman show”. I am also very grateful to a few very good men who emboldened me to tell my story. Desmond Devenish was one of those men.

Emotional Terrorism is at Just The Tonic at The Caves from 3rd – 26th August (not 14th) at 9pm at the Edinburgh Festival Fringe. For tickets see: https://tickets.edfringe.com/whats-on/emotional-terrorism