My favourite comedian by Heather Berlin

Heather Berlin writes a piece for Female First ahead of her new show Impulse Control at the Edinburgh Fringe Festival.

Neuroscientist HEATHER BERLIN and her rapper husband BABA BRINKMAN’S (Famed for his RAP GUIDE series) deliver up a dose of cerebral humour, exploring the science behind self-control in their new science comedy show IMPULSE CONTROL. They will be performing at this year’s Edinburgh Fringe Festival – ahead of that Heather spoke to Female First about her favourite comedian Chuck Nice (and the cognitive science behind why he is hilarious). 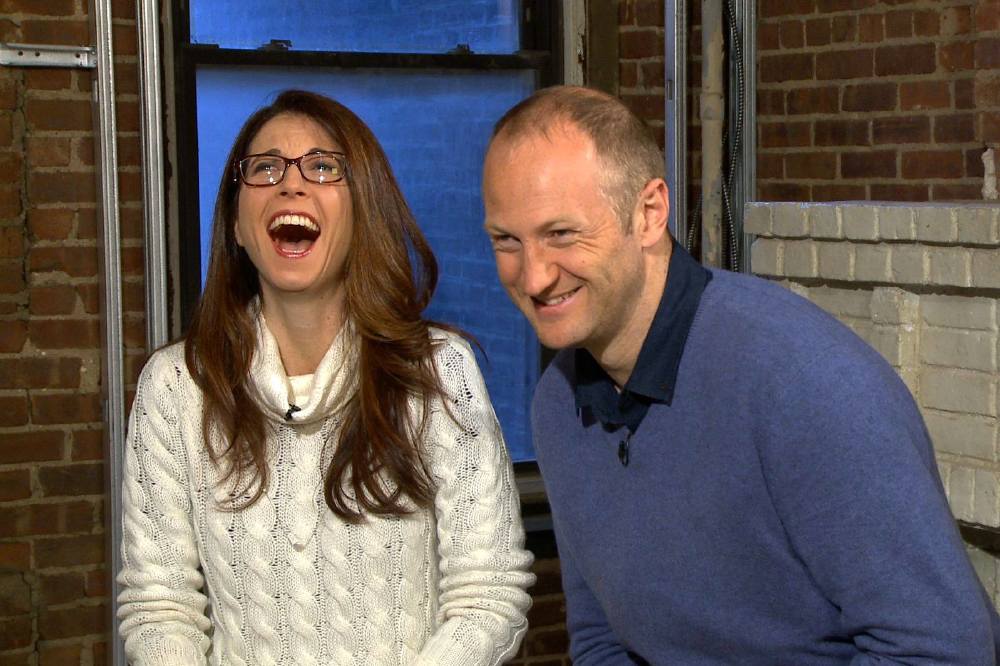 I didn’t train as a neuroscientist to get into stand-up comedy. My general interest was and still is in the links between the brain and behavior, and especially how neural dysfunction can lead to pathologies and abnormal thoughts and behaviors. Come to think of it, that sounds a lot like stand-up comedy.

My favorite comedian right now is Chuck Nice, a veteran of the New York stand-up scene who regularly co-hosts Star Talk with Neil deGrasse Tyson and its spin-off Playing with Science, with British footballer Gary O’Reilly. Of course, as a cognitive neuroscientist I know I am probably biased to love Chuck’s comedy since I also sometimes co-host these shows with him. However, the audience’s response also serves as a control condition: I know he’s genuinely hilarious because it isn’t just me laughing.

I love Chuck’s comedy because it deftly strikes a balance between smart and thought-provoking on the one hand, and relatable and very funny on the other. As a science communicator that’s exactly the sweet spot I’m always trying to hit, and after decades of training, Chuck’s brain seems to have honed in on the target effortlessly.

But how effortless is it? In a recent taping of Star Talk at the Brooklyn Academy of Music (BAM) with Neil, Astrophysicist Brian Greene, and myself, Chuck was characteristically on-point. When I described the effects of neural implants and their potential for mind-control, he quipped with mock terror that I reminded him of a real-life version of the mom from Get Out.

So what would happen if I put Chuck in my functional magnetic resonance imaging (fMRI) machine to look at his brain activation in real time while he came up with these jokes? Well, a similar experiment has been done and it shows an interesting pattern. Temporal association areas of the brain are involved in making connections between disparate ideas and they become active during spontaneous joke creation. There is also activation in the medial prefrontal cortex, which is involved in actively searching the temporal association areas for new ideas.

But in veteran comics, medial prefrontal cortex activation is significantly lower than in the brains of amateur comics when producing spontaneous jokes. This implies that the more time you spend in comedy, the less conscious effort it takes to produce the goods. But the study also showed that professional comedians experience less pleasure from creating their punchlines than amateurs (as measured by striatal activation). This may be because the jokes come more easily (less effort, less reward) or perhaps because they have habituated to the “high.”

Therefore, performing comedy may be analogous to an addictive drug. You need to do more and more each time to get the same buzz. I’m talking to you Chuck!

Also at the show at BAM was my husband, science rapper Baba Brinkman, performing a partially-improvised rap song about free will and neuroscience, in which he rhymed “I’m up here tryin’ to bust raps / I could no more stop than Neil could shave off his mustache.” Which prompted Neil to reply indignantly (in jest) “Dude was talkin’ about my mustache!”

What impulses in the brain lead a rapper to deliver a clever punchline rhyme or a comic to serve up a devastating one-liner? How are those impulses connected to the pleasure-seeking or threat-avoiding impulses that lead people into addiction, anxiety, or obsessive-compulsive disorder? And when is it better to control those impulses as opposed to letting them loose to sow beautiful anarchy and reveal the true nature of your unconscious? Those are the questions I explore as a neuroscientist, and that’s what my new comedy show Impulse Control is all about. Premiering at this year’s Edinburgh Fringe, Impulse Control is a two-hand show performed with my rapping husband. Chuck wasn’t available.