Jean Ann Douglass writes a piece for us ahead of her new show The Providence of Neighboring Bodies at the Edinburgh Fringe Festival.

I spent a decade of my adult life telling people that I didn’t like plays. I like theater, I would say, but I just don’t like plays. 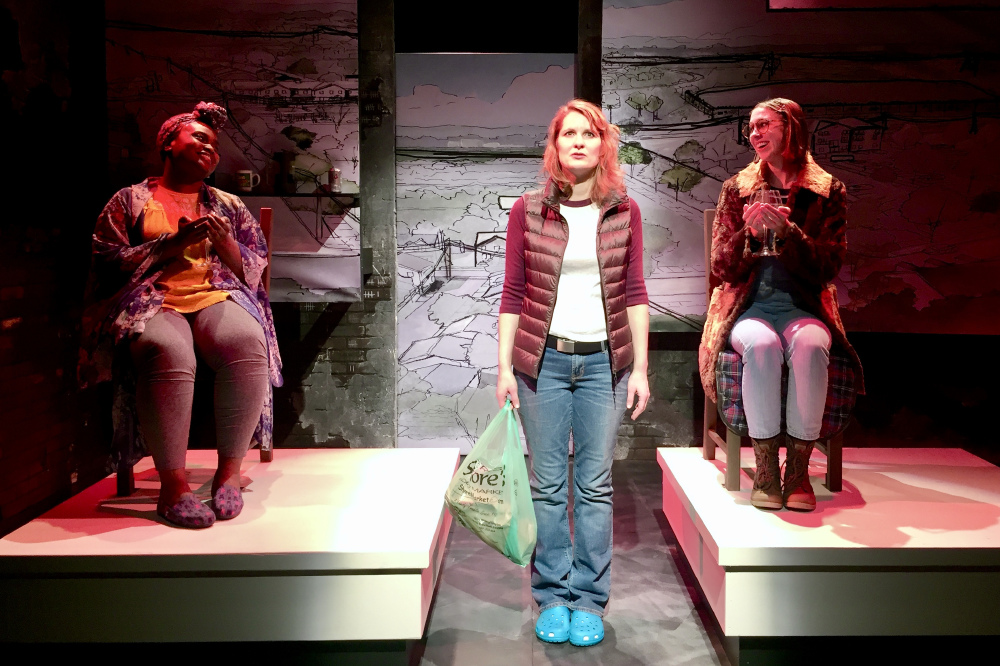 The Providence of Neighboring Bodies

I was exhausted by the existential crises of affluent manhood, exhausted by the myriad tales of men going crazy and murdering women, the empire building, the dads, the manic pixie dream girls. As a weirdo white artsy girl, my role in the world was apparently to help some dudes discover who they were meant to be, but not have any wants of my own. (for reference, seek therapy).

Sometime in my mid-20s, I decided to stop reading novels by men. By my back-of-the-napkin calculations, it would take years and years of doing this before I achieved gender parity in my own brain. Twenty-five years of letting ‘best-sellers’ and ‘classics’ and ‘critically-important’ work dominate my reading list, was twenty-five years of barely seeing myself on the page. My goal was to make straight white male stories just one of the many tapas plates of my mental diet. One tray of food at my culture buffet. One… well, I guess I am hungry and I’m sure you get the point.

After several years of my self-imposed exposure therapy, I was able to tell myself that my stories are important. Not just my imagination (I’d known my imagination was aces for years), but my crises, my insecurities, my relationships, my hometown, my life. I began to learn the work of the badass female and trans playwrights that have carved spaces for themselves, and it filled me with confidence to do the same for myself.

When I started writing The Providence of Neighboring Bodies, I gave myself permission to lean into the seemingly mundane. The two women in the play are neighbors meeting for the first time, and I gave them my social anxiety, my over-thinking. I gave them the narrative that runs through my head when I make myself late for something because I have spent too much time planning how cool and fun I’ll be when I arrive. I gave them my embarrassing, overzealous need for friendship, and my inability to be as good at it as I want to be.

This play has so many sections that are about aspects my life that I typically don’t deem worthy for conversation, let alone for the stage. It took some encouraging collaborators to get me to fully appreciate the  value in that, and my heart grows three sizes every time I get to experience an audience connecting with it.

I believe that the theater, that plays, can and should make audiences both see themselves on stage, and experience the world through someone else’s eyes. I am proud to be a playwright now, and to make work that stands on the shoulders of playwrights who have come before me, challenges people who see themselves as having the universal human experience, embraces the importance of my experiences, and builds a bigger tent.