A day in the life of Ultramarathon Mum, Holly Zimmermann

No need for an alarm with four kids running up and down the halls at 6am! I lay still for a while, putting off the inevitable, before rolling out of bed and changing into something just slightly less comfortable than my pyjamas. With a cup of tea in reach, I fill four plastic boxes with sandwiches and snacks for school and at 7.10am, we pile into the car for the four-minute drive to the train station where I see my three daughters and son off for the day. 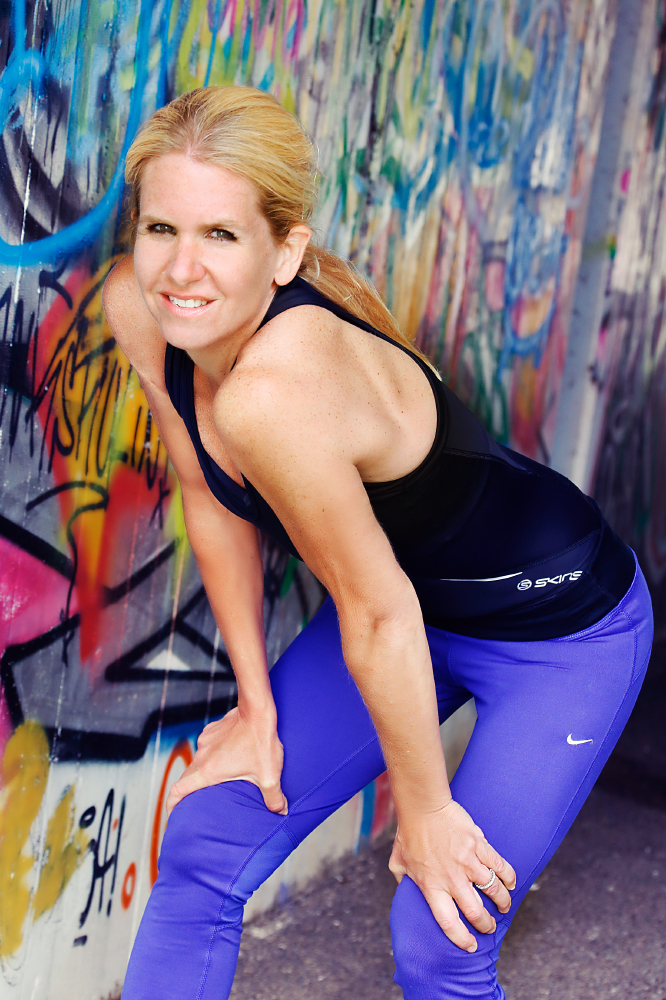 Back at home my husband is on his way out the door and then, after a quick kiss, it’s just me and the cat. A banana and an espresso join me in the office as I check messages and organise the day’s agenda.

Next up, a two-hour trail run with my neighbour’s chocolate Labrador, which takes us along deer paths, through the fields and woods, in an attempt to ready myself for the OMM, a two-day orienteering race in the Black Mountains of Wales.

The hunger pangs hit me with a vengeance as my muscles begin to relax in a steamy-hot shower (a luxury I have learned to treasure after my recent trek to Everest Base Camp where trickling luke-warm showers were few and far between).

After throwing a load of laundry in the washer I’m back in the kitchen making a red beet and strawberry smoothie to go with my muesli. At the sound of the blender my Persian fluff-ball comes sauntering into the kitchen. She loves smoothies: red beet, kale, doesn’t matter what the mix, so I treat her to a little bowl of the healthy energy bomb.

Hoping that the goddess of creative writing is with me, I take a seat in front of my computer and try to get some work done on the next book, but after two hours my brain is tapped and I need to change focus. I answer emails, post on social media, follow-up on marketing and then take a look at the website of a race that I’m interested in. Another load of laundry, a trip to the supermarket and back home to work on an upcoming motivational speech, sorting out facts and photos that I think will inspire this particular group of professional women.

Soon I hear voices and peer out the window to see my four little ‘ducklings’, one after the other, winding their way up the stone path to our front door. The fridge and pantry get assailed as I sit in the kitchen and listen to their stories of ‘you wouldn’t believe what she wore’, how ‘the teacher made me sit in the front row’, and various accounts of their ‘great’ accomplishments.

They play music, check Snapchat and Instagram, laugh and ask me what’s for dinner, (not necessarily in that order), and despite the chaos, I smile to myself and think, 'this is what it’s all about, and I wouldn’t wish a day in my life to be any other way'.

Holly Zimmermann is a mum of four. She runs - endeavouring to take on some of the world's most difficult and dangerous foot races, writes and is a motivational speaker, inspiring women in particular to live their dreams. Holly didn't run her first marathon until after she'd had her fourth child. This year she became the international female winner of the Everest Marathon.

Holly's book, Utramarathon Mom: from the Sahara to the Arctic is published by Meyer & Meyer Sport and is available through all good book stores.