It takes 20 years for a trend to come back around... But will these looks ever catch on again?

As the fashion world revisits classic trends from the early 2000s, we look at seven of our favourite red carpet moments from 2001. It's amazing to see how much has changed...

Okay, so it's technically not a red carpet look but this one was too iconic to miss. Britney performed her song I'm a Slave 4 U while holding a live albino Burmese python and channelling a belly dancer with her green bralette and tiny blue shorts adorned in jewels and floaty scarves.

And, yes, it was the same year as THAT denim dress, but frankly that one's worth forgetting.

Bjork at the Oscars

It's an acquired taste, I'll grant you, but the Icelandic singer's swan dress by Marjan Djodjov Pejoski which she wore at the 73rd Academy Awards is unforgettable. It's every bit as weird and unpredictable as Bjork herself, and while it features on many a "worst-dressed" list, it's nonetheless a firm favourite of ours. It's so iconic, it even received recognition at the Museum of Modern Art in 2015.

Floppy hat, sheer leopard-print dress, thigh high boots? It sounds so trashy, and yet we'd totally wear this in 2021. She's got that pirate/country style working for her, and it perfectly encapsulates the fun, free attitudes towards fashion ten years ago.

Less is more did not exist in the 2000s, and Gwen Stefani proves that with her ensemble of white mesh crop top, triangle bralette, houndstooth capris, fishnet hosiery, striped arm-warmer, gold chain, multiple bracelets, belt chains and knuckle-duster rings. Whether you love it or not, you can't deny that it's looks like these that gave way to a new era of the rock chick aesthetic. We have so much to thank No Doubt for.

A shredded velvet dress of dusky pink complete with strappy heels, heavy make-up and a voluminous afro may not be something we'd expect (or, frankly, want) to see on a red carpet these days, but that doesn't make it any less iconic. Christina Aguilera always erred on the side of controversy with her edgy style and - cultural appropriation aside - she has to be admired for how unforgettable her looks were time and time again.

Destiny's Child at the Brit Awards

Colour co-ordination at its finest! Beyonce, Michelle Williams and Kelly Rowland wore semi-matching, green and gold, leaf-print outfits at the 2011 Brit Awards; Michelle with her side-fastening gown and exposed bralette, Kelly with her halter-neck jumpsuit, and Beyonce bearing her midriff with a cross-over effect. If only there was a fashion category at the Brits.

The always timeless Angelina Jolie has had so many stunning red carpet looks over the years, and she nails it every time. She is unable to look anything other than elegant, mysterious and cool and nothing she has worn would ever look out of place no matter what the year. Her strapless, shimmering metallic Versace number at the 2001 Golden Globes is a stand-out, one that she revisited with a more sophisticated cut at the 2014 Critics' Choice Awards. 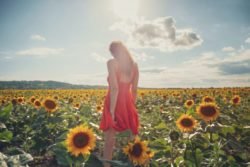 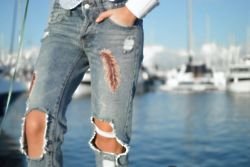 How to make your jeans the damsel in distress 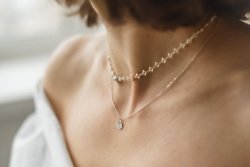 Five jewellery trends you need to try this Winter