How Dangerous Are You On The Road?

Driving can be an infuriating activity. Pot holes, tailgaters, traffic jams…the list goes on.
In fact it's so rage inducing, a survey earlier this year revealed that more than 80% of UK drivers had become a victim of road rage.
But which demographics are more likely to suffer from road rage?
According to a 2013 study, women are more likely to swear, tailate an "flip off" their fellow drivers. It also revealed that 69 year-old men are the worst offenders for road rage. Britain was revealed as the nation with the angriest motorists according to a report released towards the end of 2014 with heavily congested roads being named as one of the main reasons
To help bring peace to our roads, Jennings Motor Group has created the Road Rage Ranker, which determines how much of a hot head you are when it comes to driving.
Dale Gillespie, Digital Marketing Manager for Jennings Motor Group explains the idea behind the Road Rage Ranker.
"We all know that road rage exists but we don't usually admit that we suffer from it, it's always someone else's fault! The Road Rage Ranker is designed to show you how worked up you can get whilst behind the wheel."
"We believe that once people see their results, they'll realise that driving needn't be such a stressful experience, and become safe, happier drivers for it."
The Road Rage Ranker works by sliding the pointer to the desired measurement of anger for each of the top ten driving habits that drive you up the wall. Your scores are then compared to polled motorists to work out your Road Rage Ranking!
If you need help tackling your road rage, Jennings Motor Group has also provided its top tips for keeping calm on the road.
1. Use breathing tactics to keep calm - Deep, controlled breathing can help put things into perspective.
2. Keep images on your dashboard to remind you what really matters.
3. Make sure get a good night's sleep, you're far more like to get irritated when you're tired.
4. Don't take it personally, bad drivers are equally annoying to everybody. Remember that you're not the only one!
5. Keep smiling! A friendly demeanour helps to diffuse situations and makes you feel better on the inside as well!
You can take a look at the Road Rage Ranker here: 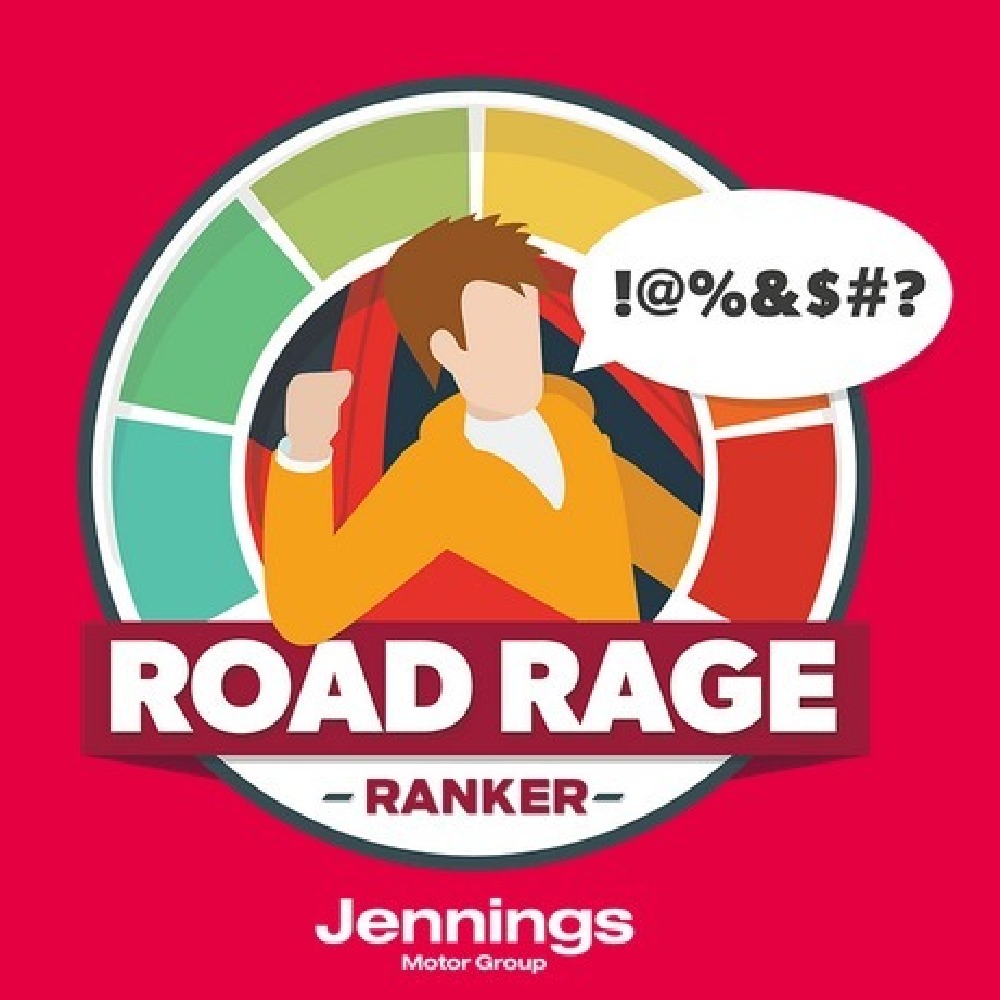 Do you have road rage?

Brought to you by Jennings Motor Group