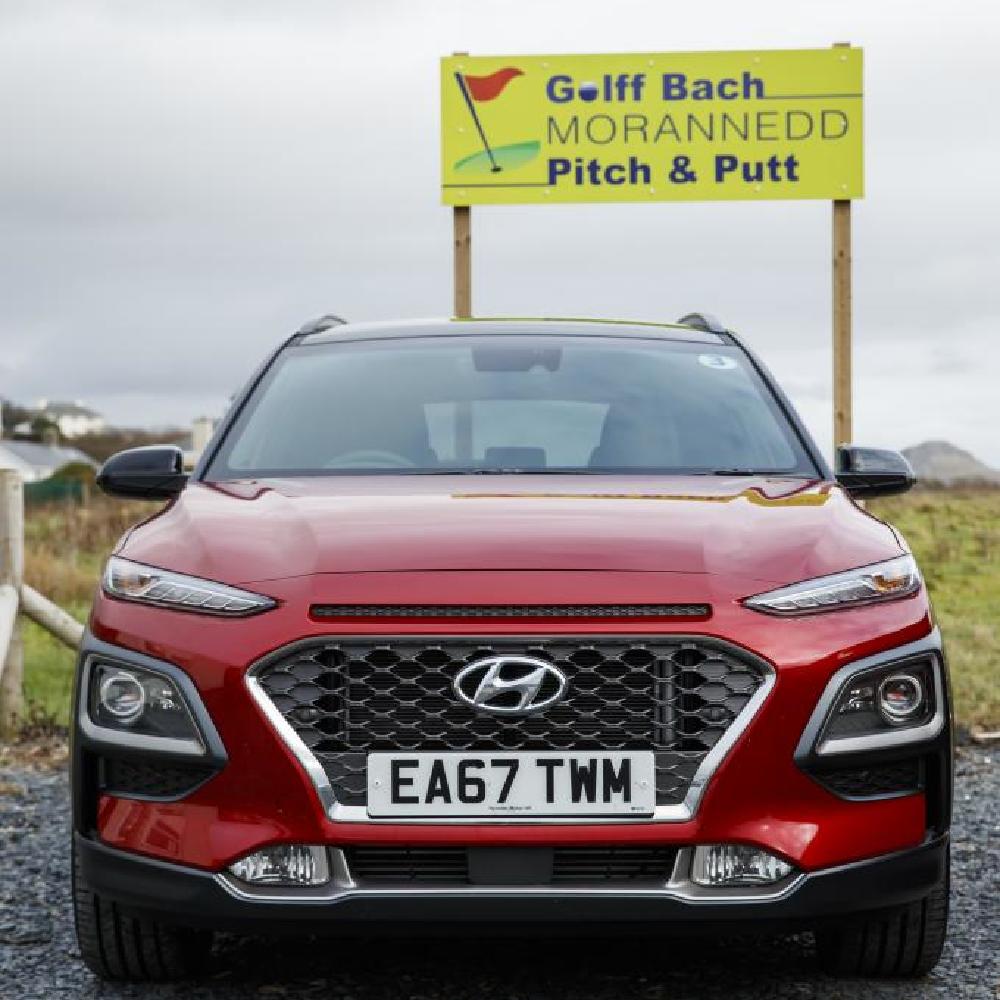 We were all assembled at the Abode Hotel, Chester where after breakfast and an introduction to the KONA we would spend the day travelling the roads of Wales before ending up in the shadows of Mount Snowdon for a unique driving and overnight camping experience

We left Chester to head into the rural countryside for lunch in Portmadog then on to Black Rock Sands to take the Kona for a bout of off-road driving.

We had an hour and a half driving the Kona around the Wales country roads heading on a pre-planned route to Portmadog.

The Kona was a pleasure to drive, responsive, gear changes were light and easy, which was a bonus due to the number of gear changes on these roads we were travelling on. The Kona drove like it was on rails.

The Kona took to the wet sands like a duck to water handling extremely well on the soft sand at low speeds and remaining just as positive on at higher speeds.

After the driving experience the dramatic surroundings proved the perfect backdrop for a photo opportunity.

Next up it was on to the lower reaches of Mount Snowdon, a journey of around thirty minutes before heading off road again as we would drive the ‘Miners Track’ up Snowdon experiencing the first leg of the KONA 10 Challenge.

The KONA 10 Challenge is to be taken up by adventurer and ultra-athlete Sophie Radcliffe when she drives between and runs up 10 volcanoes across the UK in 72 Hours.

On arrival at the base of Snowdon we had to await permission to take the drive up the Miners track as the fog was coming down. We needed safety clearance as it was starting to go dark and it could be too dangerous to drive the route in the fog and darkness.

Luckily, we were given the all clear so we headed up the track – scary was an understatement with 100 foot drop on one side and a sheer wall on the other on a track was only marginally wider than the car. Luckily the 4x4 enabled me to keep the Kona on track and we arrived at the top with no mishaps.

Another photo op before heading back down, now in darkness, I was glad to get down again without mishap.

Then it was back to base camp for music, food, drink and camping in Tee Pee’s.

We were joined by adventurer and ultra-athlete, Sophie Radcliffe, as she gets ready to undertake this world first driving challenge – the KONA 10; driving 10 volcanoes across the UK in 72 hours.

As well as TV personality Dr Michael Scott a leading historian who has helped create this unique UK volcanic experience.

The evening was finished off with a beautiful meal of traditional Welsh cuisine.

After breakfast we headed back to Chester to deliver our Kona in one piece feeling proud that I had taken on one leg of the KONA 10 challenge.

It was a great experience in a great car and the opportunity to take possibly a once in a lifetime driving challenge on Mount Snowdon.