British lateness creatin a million white lie excuses a week - now the AA steps in with an unique service! 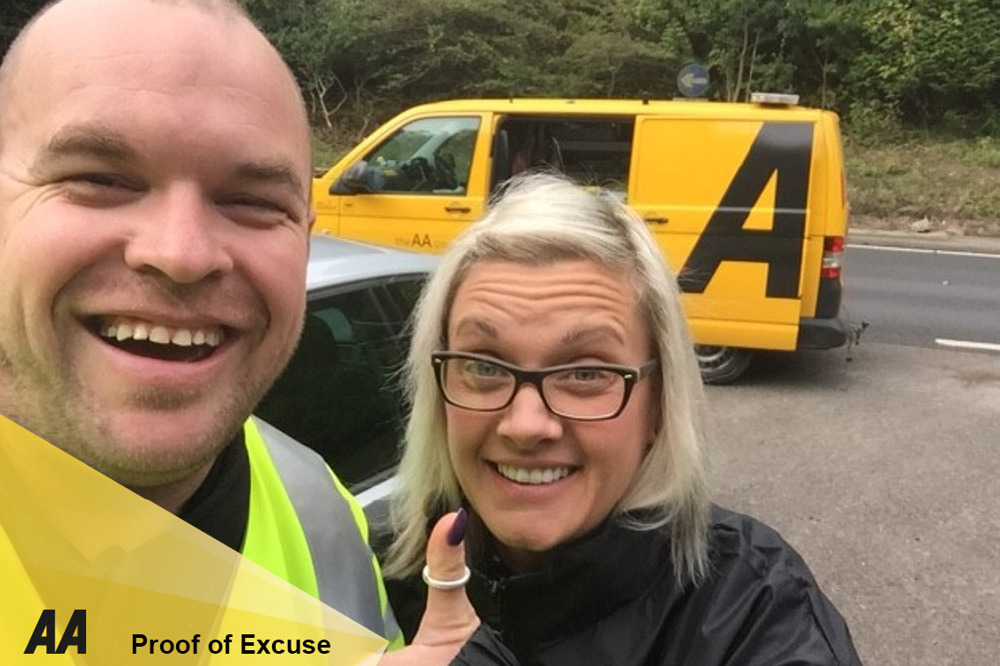 Imagine you are running late for work - how many times have you thought about manufacturing an excuse for your boss by using 'car problems' as the reason, well you wouldn't be on your own ask the millions of other culprits as this is the most used excuse for being late.

But the down side is, if you are genuinely held up because of a breakdown then everyone including your boss won't believe you, in their eyes you will be shirking.

Now the AA has stepped in to the fray as they launch their roadside selfie service to ease the anxiety of breakdown customers who have a genuine motoring excuse.

Millions of cars are becoming scapegoats to lateness across Britain, as research from the AA shows that 51 million1 white lies are told by latecomers every week and having car issues is the most used and heard excuse.

With harmless fibs creating paranoia, almost a third3 of people are explaining their delays by providing forensically specific details to make sure they're convincing. Details are exaggerated (14%) or invented (10%), with fake injuries and illnesses sometimes coming into play (8%), false tears (4%) and some people even editing pictures or damaging their own belongings to make an excuse look legitimate4.

To help alleviate excuse anxiety for breakdown customers, the AA is launching a 'Proof of Excuse' service, where if you break down, a 'roadside selfie*' can safely be taken with the AA's mobile mechanic to make sure they're believed if the unexpected happens.

With Autumn closing in and more breakdowns predicted in coming weeks, the AA will be running the service from Thursday 13th October. True to its promise to fix the member before fixing the car, it will be trialling the service with a selection of AA Men (and women) as part of their endeavour to get customers back on the road feeling as if nothing happened. To be retrieved, the selfie can be requested via Twitter or email once the driver reaches their destination. The image will then be sent to them, complete with an official time and date stamp as proof of their on-the-road mishap.

The unique service will help separate those who have genuinely suffered a problem on the road from those who use it as a false excuse; one in six non-drivers claim they use breakdowns and traffic jams as reasons when they arrive late (15%). In actual fact, 'getting lost' topped the real reasons for tardiness (32%) and bad timekeeping is as likely to hold people up as a traffic jam or breakdown (both 27%).

John Snowling, AA Patrol of the Year, says: "With the arrival of colder weather, the number of breakdowns will increase significantly and we know that anxiety levels will follow suit. One of the biggest causes of stress we see in members is dealing with the knock-on effect to onward plans and our research shows us they worry about explaining setbacks to friends and family. This service will help prove their excuse is legitimate, so they can carry on as if nothing happened."

The Proof of Excuse service should keep breakdown customers out of hot water at some of their most important events this Autumn. Research shows people are late for events ranging from social occasions with friends (25%) all the way through to work meetings (11%), weddings (4%) and romantic dates (2%).