It is hard to believe that the start of the 2015 BFI London Film Festival is now not that far away - it doesn't seem two minutes since we were getting excited about the 2014 festival programme. 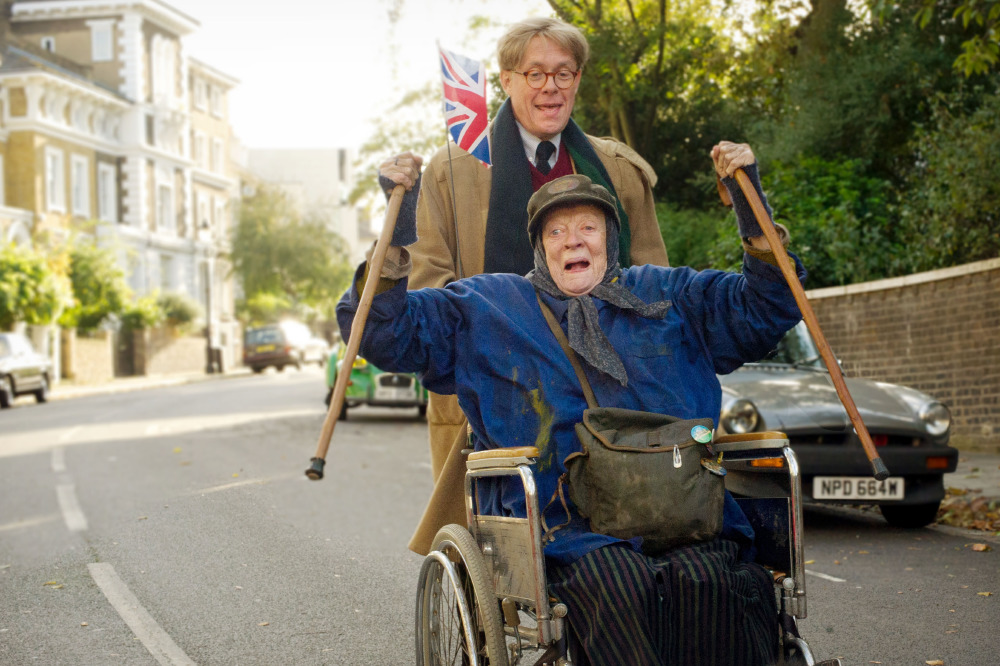 The Lady in the Van

While the London Film Festival invites acting talent from around the world, there are a whole host of homegrown stars to watch out for on the programme this year - and they are starring in some of the most exciting and anticipated films.

We take a look at some of the Brit stars that you need to watch out for when the festival gets underway in a fortnight and the movies that they will be starring in.

- Maggie Smith - The Lady in the Van

When it comes to British actors, there is none greater and more popular than Maggie Smith - we are a huge fan of the star here at FemaleFirst. And Smith is set to return to the big screen with her brand new comedy The Lady In The Van.

The Lady in the Van is the first big screen outing for Smith since The Second Best Exotic Marigold Hotel and it is one of the British movies that I am looking forward to the most this autumn. The movie is set to screen as one of the headline galas as Nicholas Haytner return to the director's chair.

The movie is a big screen adaptation of the Alan Bennett play of the same name and Bennett himself has penned the screenplay. Based on a true story, the movie follows Bennett, who forms an unexpected bond with a transient woman living in her van that's parked in his driveway.

Smith is set to take on the role of Miss Shepherd (the lady in the van), while Alex Jennings will star as Alan Bennett. A great British cast has been assembled for the film, as Jim Broadbent, James Corden, Dominic Cooper, Roger Allam, Frances de la Tour are all also on board.

The Lady in the Van looks set to show off Smith at her comedic best and I really cannot wait to see her in action - the trailer really is promising a funny and touching ride. We are going to have to wait until 13th November for the film to be release into UK cinemas.

Carey Mulligan is one of the best and most in demand actresses around and she is set to return this autumn with her new film Suffragette - which chronicles that rise of the feminist movement.

Suffragette sees Mulligan team up with director Sarah Gavron for the first time as she takes on the role Maud Watts, a suffragette footsoldier who is fighting for equality and the right to vote.

We have already seen Mulligan take on one strong female role this year - she played Bathsheba Everdene in Far From The Madding Crown - but this is the film that I have been looking forward to the most. Suffragette is a film that has been surrounded in Oscar whispers for some time and we could well see Mulligan in the Best Actress Oscar race for the second time in her career.

While Mulligan leads the cast, there are plenty of other great British actors on board Suffragette as Helena Bonham Carter, Ben Whishaw, and Anne-Marie Duff also star. Meryl Streep completes an impressive cast list as the iconic Emmeline Pankhurst.

Suffragette will be the movie that will open the 2015 festival and it is great to see such a female driven film and cast list taking centre stage - it really will kick the festival off in fine style.

Rachel Weisz is just one of a whole host of Oscar winning actresses that are on the programme this year as she is set to return with The Lobster.

The Lobster has already played at festivals such as Cannes - where it competed for the Palme d'Or - and the Toronto International Film Festival, where it has been whipping up quite a storm.

The movie sees Weisz work with director Yorgos Lanthimos for the first time and is joined on the cast list by Colin Farrell, Jessica Barden, Olivia Colman, and Ashley Jensen.

The Lobster is a love story set in the near future, when single people, according to the rules of The City, are arrested and transferred to The Hotel. There they are obliged to find a matching mate in 45 days. If they fail, they are transformed into an animal of their choosing and released into The Woods. A desperate Man escapes from The Hotel to The Woods where The Loners live, and he falls in love, although it is against The Loner's rules.

High-Rise marks the return of Ben Wheatley to the director's chair for the first time since A Field in England back in 2013 - it is the first time that Hiddleston has worked with the filmmaker.

Hiddleston is no stranger to the London Film Festival, as his movie Only Lovers Left Alive was part of the programme two years ago... I don't know about you, but I think it is great to see him back.

1975. Two miles west of London, Dr. Laing (Hiddleston) moves into his new apartment seeking soulless anonymity, only to find that the building's residents have no intention of leaving him alone. Resigned to the complex social dynamics unfolding around him, Laing bites the bullet and becomes neighbourly.

As he struggles to establish his position, Laing's good manners and sanity disintegrate along with the building. The lights go out and the elevators fail but the party goes on. People are the problem. Booze is the currency. Sex is the panacea.

And Hiddleston is not the only homegrown name to watch out for on the cast list as Jeremy Irons, Sienna Miller, Luke Evans, James Purefoy, and Keeley Hawes are all also set to star.

Much like Hiddleston, Benedict Cumberbatch is a huge favourite here at FemaleFirst and we are looking forward to seeing him return to the big screen this autumn with the highly anticipated gangster movie Black Mass.

The movie is set to follow the rise of Boston criminal Whitey Bulger and the role that the FBI played in making him notorious. Johnny Depp is set to take on the role of Whitey, while Cumberbatch is one board as his brother Bill Bulger. Joel Edgerton, Kevin Bacon, and Jesse Plemmons are just some of the other names that are on board.

Black Mass sees Cumberbatch team up with director Scott Cooper for the first time. This is the third feature of Cooper's career and comes after the success of Crazy Heart and Out of the Furnace.

Cumberbatch is another actor who is no stranger to the BFI London Film Festival as 12 Years A Slave was met with acclaim when it screened two years ago. This time around, Black Mass is set to screen as part of the gala section of the festival and is one of the biggest movies on the programme this year.

We haven't seen Cumberbatch on the big screen since he enjoyed success with both The Imitation Game and The Hobbit: The Battle of the Five Armies at the end of last year and Black Mass is set to be another very high profile film for the actor.

Steve Jobs is set to be the movie that closes the BFI London Film Festival and will see Kate Winslet star as part of a wonderfully talented and excited cast. Directed by Danny Boyle, Steve Jobs will tell the true story of the visionary Apple CEO.

The movie is based on the book by Walter Isaacson and has been adapted for the big screen by Aaron Sorkin. Winslet is set to take on the role of Joanna Hoffman, former marketing chief of Macintosh. Michael Fassbender will take on the title role, while Seth Rogen, Jeff Daniels, Katherine Waterston, Michael Stuhlbarg, Sarah Snook, and John Ortiz are all also on board.

Set backstage at three iconic product launches and ending in 1998 with the unveiling of the iMac, Steve Jobs takes us behind the scenes of the digital revolution to paint an intimate portrait of the brilliant man at its epicenter.

Steve Jobs is the third feature film of the year for Winslet and comes after Insurgent and A Little Chaos - however, it is great to see her back in a great character driven role. Steve Jobs is a movie that is already surrounded in Oscar whispers and Winslet could find herself in the Best Supporting Actress Oscar race for her performance.

Winslet has teamed up with British director Danny Boyle for the first time with Steve Jobs. It will be the third of Boyle's films to close the festival - Slumdog Millionaire and 127 Hours have already had the honour.

Other British performances to watch out for include Idris Elba (Beasts of No Nation), Ralph Fiennes (A Bigger Splash), Ben Whishaw (The Lobster & Suffragette), and Julie Walters (Brooklyn). 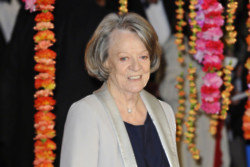 Dame Maggie Smith to star in A German Life