Daniel Craig has returned to the role of James Bond this week in Spectre, which is his fourth outing as 007 in Spectre. 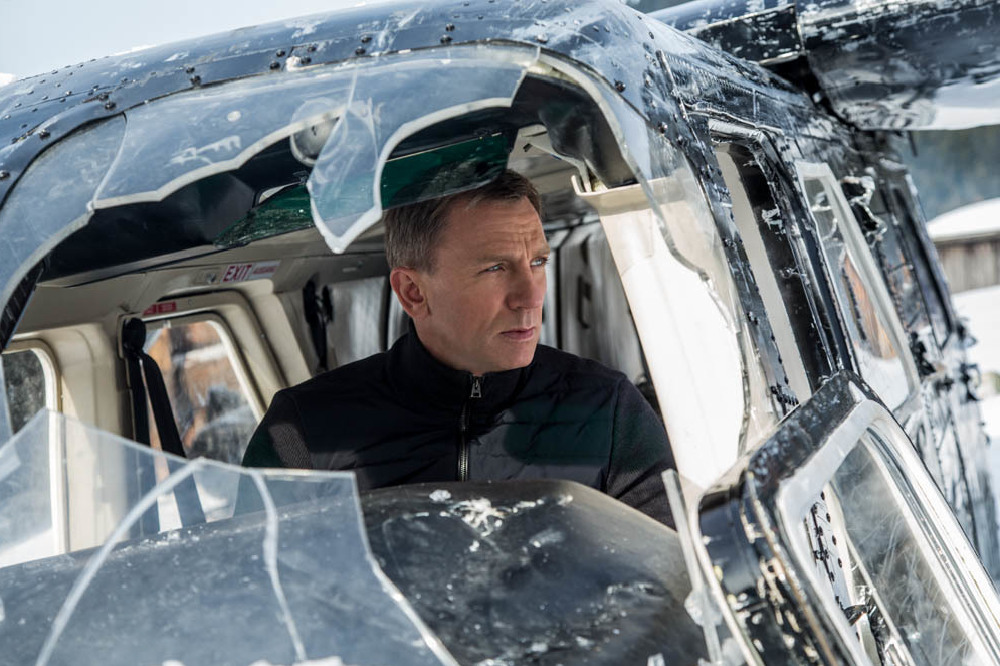 Spectre is one of the most anticipated film of 2015 and is the first Bond movie since the huge box office success of Skyfall back in 2012.

We are excited to see Daniel Craig back as Bond and we look back to pick out some of the actor's best moments in the role... and there are plenty to choose from!!! WARNING: POTENTIAL SPOILERS

From the moment that Casino Royale burst onto the big screen, we knew that we were in for a grittier and more hands on Bond. The pre-title scene showed that this was going to be an action packed role for Craig as he hands out a brutal beating.

Set in black and white, this scene is the first kill for Bond and sees the character get his 00 status. This scene confirmed that we were going to see this franchise go in a new a darker direction. This is a great moment in Casino Royale and the perfect way to introduce us to Craig's interpretation of this iconic character:

Casino Royale is an action-packed Bond and the Madagascar chase scene really did get Craig's time as 007 off with a bang. While we were being introduced to a new version of Bond, this start to the film did give us the action that we expect from this franchise.

Having said that, this was one of the biggest chase scenes in Bond history as Bond pursues his target through a construction site, up cranes and through and unfinished building.

Sébastian Foucan took on the role of Mollaka, a terrorist and bombmaker, and showed off his freerunning skills that made the scene even more exciting:

Craig's time as Bond has seen him take part in some spectacular opening stunts... and Skyfall followed the fine tradition. This scene saw Bond give chase in a car, on a motorbike, before heading onto a train.

While the motorbike chase between Bond and Patrice is exciting, it is the moment when the pair do battle on the train that is the most exciting. Even when Bond is in pursuit of a bad guy, he still has time to fix his tie and make sure that he looks the part. The movie also introduces us to the character of Eve - played by Naomie Harris - for the first time:

There is no moment in Casino Royale that made the men in the audience more uncomfortable than the torture scene. Le Chiffre was the first villain that Craig's Bond came face to face with and he proved that he would go to any lengths to get his money back.

Poor Bond is tied to a chair as Le Chiffre hits him in a certain place with a knotted rope. While it makes all men watching it more than a little uncomfortable, Bond still manages to see the funny side:

It was back in 2008 when Quantum of Solace hit the big screen and while it may not have been the most critically acclaimed of Craig's Bond films, it still has some great moments.

It is not like Bond to shy away from the fight and even though he is outnumbered, with no weapons, and in a very tight space, he can still hand out a beating that no one will forget in a hurry:

Judi Dench's M has been one of the best characters in the Bond franchise over the years and she has had a great on-screen chemistry with Craig in Casino Royale, Quantum of Solace, and Skyfall.

Bond has broken into her home twice - resulting in two great scenes between the pair - while they share some of the film's best lines and comedic moments.

Sadly, it does not all end well for M as she and Bond go on the run from Silva. And while the battle is won, it does come at a huge cost. The final moments between M and Bond is one of the best scenes in Skyfall:

Other terrific for Daniel Craig in the Bond series, include his first meetings with Vesper Lynd and Q in Casino Royale and Skyfall, the airport chase and 'The name's Bond, James Bond' moments in Casino Royale. The Tosca scene and the moment Agent Fields is found dead are other standout scenes from Quantum of Solace. While Silva's entrance in Skyfall is another terrific moment.