Sonic the Hedgehog 2 is out now: Watch the official Meet Knuckles clip ahead of your cinema trip

Yesterday (April 1st, 2022) marked the long-awaited release of Sonic the Hedgehog 2 into cinemas, and as well as the feature film, a short clip of Sonic’s (Ben Schwartz) first meeting with Knuckles (Idris Elba) was also released.

Sonic 2 follows the “Blue Justice”, as he likes to call himself, after he’s settled into Green Hills with his friend Tom (James Marsden), who helped him in the first movie.

It seems that now, all Sonic wants is a chance to prove himself, but he may want to be careful what he wishes for from now on, as he gets his chance to be a true hero when Dr. Robotnik (Jim Carrey) returns.

Robotnik is after a precious green emerald that, if he does in fact get hold of it, could mean disaster for everyone. The crazed scientist isn’t alone either; when he and Sonic are facing off, he states that Sonic’s mistake was “thinking you won”.

Then, as Sonic strikes, Knuckles comes out of nowhere and showcases his immense power. “Sonic, meet Knuckles”, is Robitnik’s remark after his “BFFAE, bestest friend forever and ever.”

Sonic is somewhat frazzled by Knuckles' entrance, as the red Echidna calls him “pitiful.”

While Sonic (2020) only saw the blue hedgehog (not including Tails’ entrance at the very end), fans are excited to see more characters from the games enter the franchise, namely Tails the Fox (Colleen O'Shaughnessey), and of course, Knuckles the Echidna.

In addition to the Sonic and Knuckles introductory clip, Paramount Pictures also released a ‘Bury the Hatchet’ clip, which sees Tom and his partner’s sister, Rachel (Natasha Rothwell) interact; see the clip below:

Rachel doesn’t like Tom all too much, but when she asks to “Bury the hatchet”, Tom is pleasantly surprised and gratefully accepts. However, Rachel uses their hug to threaten him against ruining her wedding, making the interaction not all that pleasant after all.

Sonic 2 is said to be bigger and better than before, and will see more comedy and action than the previous film. With the return of Carrey, and the additions of Tails and Knuckles, it will definitely be a wonderfully chaotic sequel.

Sonic the Hedgehog 2 is in cinemas now.

MORE: Sonic the Hedgehog 2: Take a look behind the scenes at what makes the sequel ‘Bigger, Bluer, Better’ 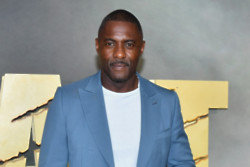