Christopher Payne has returned to the director's chair with his brand new feature film Love Tomorrow - a movie that has been released on DVD this week.

We take a look at some of the best ballet movies that have hit the big screen over the years.

The Red Shoes was a British feature film directed by Michael Powell and Emeric Pressburger and released back in 1948.

The movie employs the story within a story device, being about a young ballerina who joins an established ballet company and becomes the lead dancer in a new ballet called The Red Shoes, itself based on the fairy tale "The Red Shoes" by Hans Christian Anderson.

Starring Moira Shearer and Anton Walbrook, The Red Shoes was one of the first movies to treat ballet seriously on the big screen and is widely regarded as one of the best British movies of all time.

In 1977 ballet returned to the big screen in the form of The Turning Point; which was directed by Herbert Ross.

Ross had been behind movies such as Goodbye Mr Chips and Play It Again, Sam before taking the helm in The Turning Point.

Shirley MacLaine took on the central role of DeeDee and was joined on the cast list by Anne Bancroft, Mikhail Baryshnikov, Leslie Browne, Tom Skerritt and Martha Scott.

When her daughter joins a ballet company, a former dancer is forced to confront her long-ago decision to give up the stage to have a family.

The Turning Point went on to be nominated for eleven Oscars, including Best Picture and Best Director for Ross.

One of the biggest and most popular British movies of the noughties came in the form of Billy Elliot.

The movie made a star of young actor Jamie Bell as he took on the central role of Billy; a young boy who loves to dance.

Billion Elliot also marked the feature film directorial debut of Stephen Daldry; who has gone on to helm The Reader and The Hours.

Set in north-eastern England during the coal miner's strike, it stars Jamie Bell as 11-year-old Billy, an aspiring dancer dealing with the negative stereotype of the male ballet dancer.

The movie was a box office and critical smash and went on to win a string of Baftas and a trio of Oscars; Best Director, Best Supporting Actress for Julie Walters and Best Original Screenplay for Lee Hall.

Hard to believe, but it has been over a decade since Save The Last Dance hit the big screen - yes, it really was 2001.

The film was the big breakthrough role for actress Julie Stiles as she teamed up with director Thomas Carter.

Save The Last Dance follows ballet dancer Sara, who has to go and live with her father in Chicago after the death of her mother.

While Sara is an accomplished ballet dancer she gets the help of fellow student Derek as she prepares for an audition for Juilliard.

Save The Last Dance is a movie that has a fantastic soundtrack as the story blends classic and contemporary dance so seamlessly.

The most recent ballet film triumph has come in the form of Black Swan; which was released at the beginning of 2011.

Darren Aronofsky was back in the director's chair as he teamed up with the fantastic Natalie Portman.

Portman took on the central role of Nina and trained long and hard before she started shooting to be able to perform as a ballet dancer.

Nina (Portman) is a ballerina in a New York City ballet company whose life, like all those in her profession, is completely consumed with dance.

When artistic director Thomas Leroy (Vincent Cassel) decides to replace prima ballerina Beth MacIntyre (Winona Ryder) for the opening production of their new season, Swan Lake, Nina is his first choice - but as the pressure builds Nina's life begins to spiral out of control.

Black Swan was a film triumph and really saw Portman delivered a tour de force performance. She would go on to win a Best Actress Oscar for her central performance.

Love Tomorrow is the second feature film for director Christopher Payne as he teams up with dancers Cindy Jourdain and Arionel Vargas for the project.

Love Tomorrow is the story of an ex-ballet dancer whose life is turned upside down after receiving devastating news about her fiancé, Dominic.

Wandering the underground in a torment of pain and confusion, a chance encounter with a charismatic Cuban dancer, Oriel offers a temporary distraction. Oriel overlooks her engagement ring and suggests she spends some time with him.

Love Tomorrow is a movie that really does have dance at its core and in its soul. Payne has beautifully crafted dance sequences into the film that go hand in hand perfectly with this intimate story.

Love Tomorrow is out on DVD now. 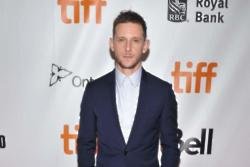 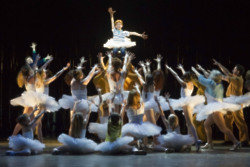 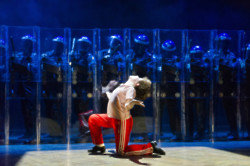