Matangi/Maya/M.I.A. Review: Exploring the roots of one of the UK's most innovative popstars

Tamil, immigrant, popstar, artist: The many faces of M.I.A.

M.I.A. is without doubt one of the UK's most influential pop artists for many reasons. She represented the first wave of music artists to find fame out of a social media presence, and she helped bring ethnic minorities to the forefront of pop by being the only Tamil woman in Western mainstream culture. 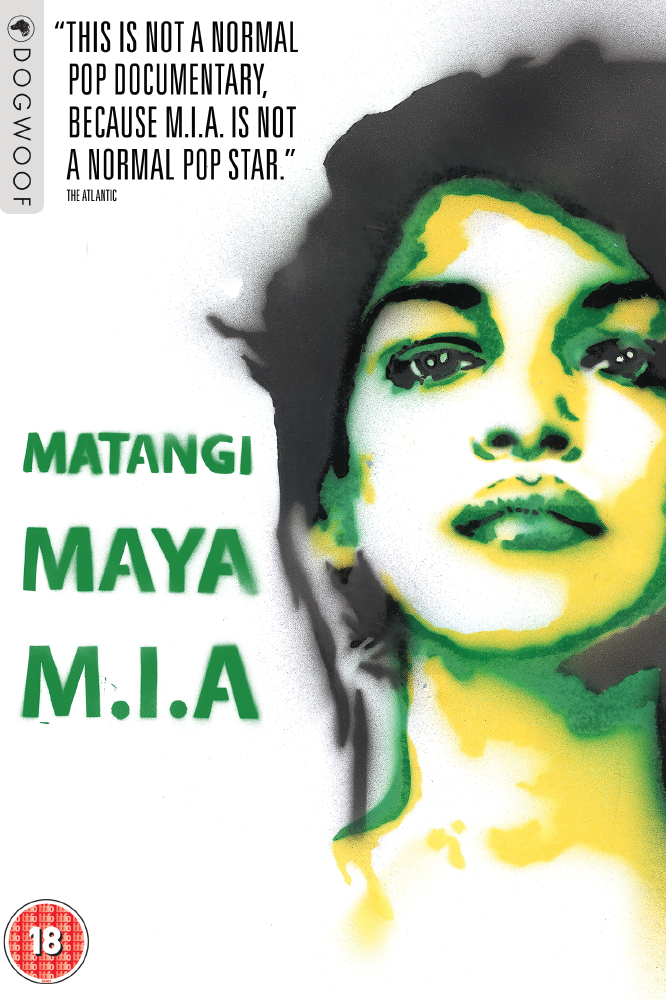 The London rapper's life story both before and after her extraordinary rise to fame is one of the most remarkable we've heard in a long time. Released this year was the biographical documentary Matangi/Maya/M.I.A., directed by her art school pal Steve Loveridge and featuring incredible never before seen footage from Maya's own filmmaking archives.

Music has not always been Maya's main passion. She wanted to be a filmmaker for many years, with one of her most important filming ventures being documenting her family in Sri Lanka. Matangi/Maya/M.I.A. blends together footage from these trips with other home videos, media footage, various clips from her research and a vast array of material that she has shot throughout her life.

We see beyond the controversial popstar we already know and love as the film unveils a startlingly down-to-earth woman whose life's work has been centered around bringing the world's attention to the situation in her home country. Maya was raised in war-torn Sri Lanka and as a child was forced to go into hiding with her family during the Civil War, largely because of the part her father played in the conflicts.

As a Tamil woman, she has seen it as her responsibility to tell the stories of other Tamil people being persecuted - indeed, much of her music touches on themes relating to her roots. Even her stage name, M.I.A., is a nod to both her real name, Maya, and the acronym "missing in action" which was the fate of one of her cousins in the war.

Her first album, Arular, was named after her father; a founding member of a Liberation Tigers of Tamil Eelam affiliate militant group. You're shocked into attention within the first five minutes of the movie when she brands her father a terrorist. Deliberate hyperbole, possibly, but we're taken on quite a journey as she and her siblings are forced to confront the polarity of "terrorist" versus "freedom fighter".

The candid truths that she reveals about her family are the cornerstones of the documentary. We learn that she was first exposed to urban music through listening to the noise coming out of neighbours' houses, but she didn't start writing her own music until she met Justine Frischmann of Britpop group Elastica.

We hear snippets of some of her early beats made on the Roland MC-505 that was famously gifted to her by Justine, as well as footage of her working alongside LA DJ Diplo and backstage at her first US festival: Coachella. But there is consistently this feeling of music being a secondary factor to Maya's life. As if it were nothing more than a conduit for her own political activism and expression.

Some of her first filmmaking ventures was filming on tour with Elastica. Her friendship with Justine caused friction with the rest of the band, and her increasing jealousy that she didn't have her own platform to express the things that she wanted to express was very difficult for her to deal with. She longed to be on stage talking about things that really mattered.

Eventually, she was forced to confront the superficiality of London life and ultimately decided to return to Sri Lanka in 2001 to see what could have been her reality, and attempt to interview her remaining family there about the war. The raw footage gives such incredible insight into Maya's determined exploration of her roots that you can't help but feel like you really know her on some level by the end of it. The grainy clips from her home movies help you begin to understand the extent of the fear that must have been instilled in the Arulpragasam family since the late 70s.

Maya and Steve unapologetically explore the many controversies in which she was involved throughout her career. Her repeated accusations that the Sri Lankan government engaged in systemic genocide against the Tamil people saw her labelled a terrorist sympathiser by Eastern and Western media alike. And if she wasn't being accused of supporting terrorism, she was not being taken seriously at all.

In 2010, Maya unveiled the video for her single Born Free which depicted ginger people being rounded up and murdered in a military-led genocide. It was clearly representative of what was occurring in Sri Lanka, but was heavily criticised for its explicit content. You can't help but join Maya in her exasperation at how people can care more about a video with a lot of fake blood than the actual videos being shared of Sri Lankan soldiers killing Tamil males.

Maya describes how she was seen as "worse than being a murderer" for flipping off the camera during that infamous NFL performance with Madonna and Nicki Minaj, and for the first time she opens up about her true motivation. Having watched Madonna with her powerful, dominating persona on stage for so many years, to then see her being bossed around and judged in rehearsals was hugely jarring; flipping the bird was just a response to that misogynist attitude she bore witness to.

Her constant battle with censorship and the persistent accusations of hypocrisy is strongly highlighted throughout the movie. This is a woman whose roots are based in a country where being a journalist is one of the most dangerous jobs you can do. Why shouldn't she take advantage of the freedoms that Western life offers by using it to force people to look at the tragedies going on in other parts of the world?

Matangi/Maya/M.I.A. is a captivating documentary, refreshingly unique in that it moves the spotlight from that Oscar and Grammy nominated superstar to the people who have made her who she is. It's unlike any other music documentary you'll probably ever see. 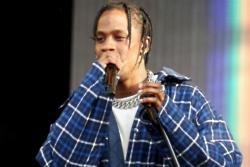 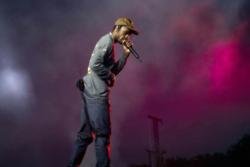 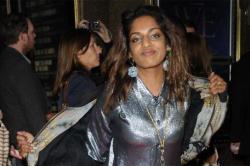