The founder of The Daily Mile, which has proved hugely successful in schools across Scotland, has called on the whole of the UK to support the children’s running initiative

Pride of Britain winner Elaine Wyllie was speaking at The Daily Mile launch event at Hallfield Primary school in Westminster, as The Daily Mile begins its launch across London, Cheshire, Norfolk, Essex and beyond.
She was joined by a host of celebrities including Olympian and 'Strictly' star Iwan Thomas, MBE, Nichola Hughes of Made in Chelsea, Chloe Lewis of TOWIE and TV Presenter Charlie Webster, all supporters of The Daily Mile.
Also attending was INEOS Chairman Jim Ratcliffe, Founder of the GO Run For Fun Foundation, Britain's biggest children's running charity, and former Olympian John Mayock who currently manages the GO Run For Fun campaign. Having already encouraged over 100,000 UK primary school children to embrace running through its one mile fun run events since 2013, the GO Run For Fun Foundation is now assisting Elaine to roll out The Daily Mile nationwide.
INEOS Chairman and Founder of children's running charity the GO Run For Fun Foundation, Jim Ratcliffe, was also present along with former Olympian John Mayock, plus MP and keen runner Graham Evans.
The audience watched the Hallfield School children run a mile and listened to speeches on how regular exercise could make a real difference to children's lives.
Elaine Wyllie says "The Daily Mile has already proven its worth in schools across Scotland and now we want to roll it out across the UK. We want all schools to give their children the opportunity to run a mile each day. It only takes fifteen minutes and has been shown to improve their health, fitness and concentration in class."
Following its huge success in Scotland, and with over 500 schools now involved in the campaign, The Daily Mile Founder Elaine Wyllie today called on all schools across the UK to support the Daily Mile.The initiative was started by Elaine in 2012, when she was the head teacher at St Ninians School in Scotland, and has since achieved remarkable success north of the border, with increasing interest across England and Wales.
The Daily Mile has already gained the formal backing of the Scottish government and Elaine is now hoping that she can secure the backing of the UK government to help her to roll out the campaign to every primary school in Britain.
Elaine, who is now retired and devoting her time to promoting The Daily Mile, says "We've already achieved tremendous success in Scotland and there is increasing interest in England and Wales. I believe it's now time to give all primary school children across the UK the opportunity to run a mile each day. The Daily Mile is simple, effective and proven to improve the physical and mental health and wellbeing of children."
John Mayock, 1500m champion and GO Run For Fun Campaign Manager, says "I have worked since 2013 to encourage young children to enjoy getting running through GO Run For Fun and believe strongly in the value of The Daily Mile. If children can enjoy getting fit and active daily from primary age, they can better access PE and the many excellent running events held around the UK and are more likely to grow into fit and active adults."
Jim Ratcliffe, a father of three and passionate runner himself, says "We are very excited to team up with The Daily Mile. We have the same goal of getting primary school children more active and reducing childhood obesity. More than 107,000 children have taken part in GO Run For Fun events so far and The Daily Mile will encourage even more to enjoy a little daily exercise."
The Daily Mile has a new website, www.thedailymile.co.uk, and is encouraging teachers and parents to register their interest, download helpful resources and share their Daily Mile experiences. 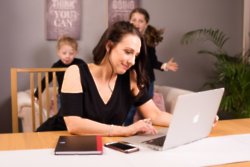 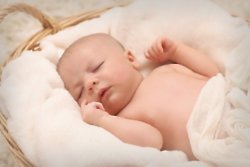 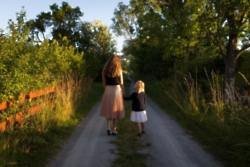