Scandal hits More4 tonight and marks another brilliant import for Channel 4’s executives. To mark the occasion of the political drama’s British debut, we decided to have a look at three of the channel’s best shows that they've shipped over from the U.S.

The title may be silly, but The Good Wife is an absolutely gripping legal drama with a phenomenal performance by Julianna Marguiles at its heart.

Centring on Alicia, the loving wife of a former state attorney who must go back to work as a litigator after her husband gets sent to prison for being involved in a humiliating sex scandal, The Good Wife may not quite get the fanfare that a lot America’s premium content gets, but deserves all the praise it gets and more.

Over the past three seasons of the show, Channel 4 have given the first airing of this hit to More4 this week, a trick they first started doing with the crime drama Without A Trace soon after the channel’s launch.

America’s being lauded at the minute for it’s hard hitting dramas and Southland is absolutely no different.

It may have had a slightly rocky start, but since then it’s only been up for Southland, with the brutal look at life in the LAPD going from strength to strength as the seasons go by.

Now headed for its fifth season in America, Southland has become both a critical and an audience favourite, with More 4 more than happy to be the UK home for one of the most underreportedly great cop shows around.

We love Laura Linney. In just about everything she’s just fantastic. The Big C is no different, with her absolutely stealing the show as Cathy, a suburban wife and mother who out of the blue is diagnosed with cancer. Instead of doing a Walter White and deciding to cook meth, Cathy decides to start living her life to the max, despite her behaviour instantly impacting those she holds dearest.

The show magically manages to combine both witty, sardonic dialogue with genuine, gut wrenching drama that packs as big an emotional punch as anything else on TV. Few shows can combine tears and giggles so well. 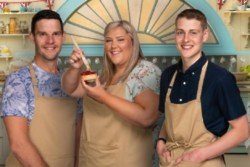 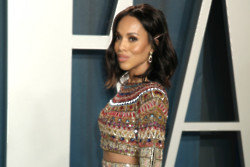