True crime is definitely a popular genre enjoyed by many, and there will always be a tale to tell. Next month (April, 2022), will be welcoming a brand new true crime TV series to FX, telling the story of an awful murder.

Under the Banner of Heaven stars The Amazing Spider-Man actor Andrew Garfield and Fresh actress Daisy Edgar-Jones in the adaptation of a book (published in 2003) by the same name written by John Krakauer, which detailed events from a real murder case.

The book follows the events, including the origins of the School of Prophets cult, which led to the double murder of Brenda Wright Lafferty and her child in the suburb of Salt Lake City, Utah, in 1984.

The trailer for Under the Banner of Heaven features a voiceover by Jeb Pyre (Garfield), as he speaks about his beloved community being tainted by the murder of Brenda and her 15-month-old child.

We also see Edgar-Jones as Brenda, presumably showing us what led to her death. She is, presumably, trapped in a dangerous family within a cult.

Garfield‘s Pyre continues to speak about religion, as well as his deep and seemingly overwhelming thoughts on the case which causes him to battle with his faith, and struggle to come to terms with the fact that something so violent could occur where he lives.

We get a very good feel for the upcoming series in the trailer; the music is daunting and exact, and Garfield appears to have leaned perfectly into the role of an investigator.

Joining Garfield and Edgar-Jones in the show is Sam Worthington (Avatar), Denise Gough (Too Close), Wyatt Russell (The Falcon and The Winter Soldier), and Rory Culkin (Scream 4).

There is already a great deal of true crime shows and films out there, told in different ways, such as The Act and Memories of a Murderer: The Nilsen Tapes, but it seems as though this forthcoming series will turn a few heads.

Under the Banner of Heaven is a seven-episode series that will premiere on Hulu on April 28th, 2022. 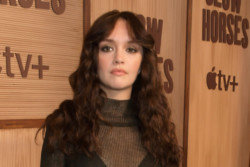 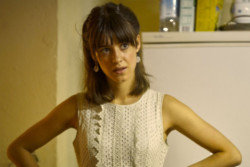